Jews have been living in Morocco for more than two thousand years. Today, in spite of its reduced numbers, the Moroccan Jewish community remains the most important one living in an Arab country.

All along the historical period in which the national Moroccan entity and identity built up themselves, the importance of Jewish settlements has been more or less significant both in terms of numbers and in terms of geographical presence in all the country.

Historical facts about their remote origins remain speculative. Evidence of their presence exists since the Roman period. Arab Historians will describe later on the Jewish Berber tribes as part of the original people “Toshavim” living in the area before the Arab conquests. Historically, the Jewish population in Morocco was faced both with difficult periods and with periods of convivial relations as a minority living in a majority Muslim country. Their statute was one of a Dhimmi, a status given to the people of the Book, to be understood in its double dimension of protection and submission; it has evolved with time until its final abolition when Jews acquired full citizenship.

In the 14th and 15th century, persecution and expulsions from Spain and Portugal in 1492 and 1497 brought different waves of Jewish refugees and injected new life to the existing communities. At first in the Jewish communities in Fez, and later in other towns, Jews started to concentrate in special quarters called “mellahs” creating in different cities a physical separation of the communities to be added to the prevailing already ones in both religious and economic activities.

Languages spoken were that of the country, to which one should add the languages of the newcomers, mainly Spanish. Many newly immigrated Jews and their descendants continued to use Spanish dialects known as Haketia. Their skills in European commerce, arts and handicrafts coupled with their development. Different ways of life developed according to the rural and urban regions and historical periods. Moroccan Jewish writers, poets, grammarians, doctors and musicians, mystics and commentators have produced a huge cultural heritage throughout the centuries.

The 19th and 20th centuries introduced rapid and profound changes in the Moroccan Jewish communities. Since the establishment of the French Protectorate in 1912, World War II, the movements of decolonisation and national liberation of the country, as well as the creation of the state of Israel introduced profound changes within a short period of time, resulting in the exodus of the majority of the Jewish population.

During World War II, with Morocco still under the French protectorate and therefore subjected to the antisemitic policies of the Vichy government, King Mohammed V prevented the deportation of Moroccan Jews from the country. By 1948, there were some 270,000 Jews in Morocco.

In 1956, Morocco attained independence from France. In an atmosphere of political uncertainty, cultural closeness and economic poverty, many Jews left the country. The main reasons for these departures are complex and still a matter of debate among historians.

Jews living today in Morocco represent but a small fraction of an ancient important and rooted community. In 1956, they numbered more than a quarter of a million. Between the creation of Israel in 1948 and today, Jews left the country. Since 1948 Moroccan Jews have emigrated to Israel and Europe mainly, but also to Canada, Latin American countries and elsewhere.

Long after their departure, Moroccan Jews have kept a very strong emotional link with the country and often come back to the country for visiting and for pilgrimage. Today, the Community counts about 3000 souls, the largest community is in Casablanca. There are smaller Jewish communities in Rabat, Marrakesh, Agadir, Meknes, Fez, Tangiers, and Tetouan.

The major Jewish organization representing the Community is the Conseil des Communautes Israelites, with headquarters in Casablanca. Its functions include external relations, general communal affairs, communal heritage, financial support, maintenance of holy places, youth activities and the promotion of cultural and religious life.

Morocco’s Jews today no longer reside in the traditional mellahs. The majority of the community belongs to the upper middle class and enjoys a comfortable economic status. However, there is still a significant part of poor and old people whose needs are taken care of by the Community. The younger generation however, tends to continue its higher education abroad. Thus, the community finds itself in a process of aging. There are active Jewish schools (kindergarten, primary and secondary) in Casablanca, operating within the frameworks of Alliance Israelite Universelle, Ittihad maroc and Otzar Ha-Torah.

Moroccan Jews have been historically religious people who hold their traditions closely. Many prominent Rabbis have passed through and sojourned in Morocco leaving behind their great influence. There are synagogues, mikvaot, old-age homes and kosher restaurants in Casablanca, Fez, Marrakesh, Essaouira, Rabat, Tetouan and Tangier.

The Jewish community developed a fascinating tradition of rituals and pilgrimages to the tombs of holy sages. There are 13 particularly famous sites, some of them centuries old. Every year on special dates, crowds of Moroccan Jews from around the world, throng to these graves. Sometimes pilgrimage is also kept by local Muslims. A unique Jewish-Moroccan festival, the Mimouna, is celebrated in Morocco and in all Moroccan Jewish communities elsewhere, on the night and day immediately after Passover.

Contacts between Morocco and Israel are worth mentioning, especially the meeting with Yitzhak Rabin. King Hassan II invited Israeli Prime Minister Shimon Peres for talks in 1986, and became the second Arab leader to host an Israeli leader. Following the September 1993 signing of the Israeli-Palestinian Declaration of Principles, Morocco started to develop economic ties and political contacts with Israel. In September 1994, Morocco and Israel announced the opening of bilateral liaison offices. When King Hassan II died in 1999, Israel’s the Moroccan-born Foreign minister David Levy flew to Rabat for his funeral. The foreign offices were closed, however, in 2000 following a renewed Israeli-Palestinian round of violence.

Well-known Jewish figures have, since very remote times, played an important role at the national level. Without forgetting those not mentioned here, let us remind but the nearest ones, Dr Benzaquen, André Azoulay and Serge Berdugo.

Sites of Jewish interest include numerous famous Holy places, centres for pilgrimage —with the most popular being the burial spots of Rabbi Haïm Benatar (Fez), Rabbi Chaim Pinto (Essaouira), Rabbi Amram Ben Diwane (Ouezzane ), Rabbi Yahia Lakhdar (Ben-Ahmed); Rabbi Itshak Abuhatsera in Gourrama, Rabbi Itsak Bengualid in Tetuan, Rabbi David Oumoshe in Agouim and so many others. Fez is one of the best preserved medieval cities in the world with a profound Jewish heritage.

The recently restored Ibn Danan Synagogue, is part of the UNESCO patrimony. The newly restored Synagogue of Toshavim and other prestigious synagogues in different cities (Tangiers, Marrakech, Meknes and others) have been rehabilitated and preserved.

Two hundred cemeteries have been restored all across the country, from the deep Atlas Mountains to the big cities. The Jewish Museum in Casablanca is the only Jewish Museum in an Arab country.

Thanks to the Council of Communities and the Foundation for Jewish Cultural Patrimony of Morocco, dozens of sites are being restored and immaterial patrimony being collected in order to save objects and documents, they perpetuate the memory of a splendid community of a beautiful country.

The past is not forgotten, patrimony is restored and transmission active, the present is still alive. It is a reality worth mentioning in a world of tensions between the Arab world and Israel.

Hope, responsibility and perseverance are to be invested in order the last structured Jewish Community in an Arab-Islamic country to have a future. It is a tradition worth perpetuating it, it is also a vibrant community both in Morocco and wherever Moroccan Jews live, they keep alive memory of their life and strong links to the country. They bear testimony of both conviviality and possible ways to live together in peace. And they have spread their culture, rituals and traditions in all the countries in which they settled.

The new Moroccan Constitution, adopted in 2011 recognizes the Jewish contribution to Moroccan identity. 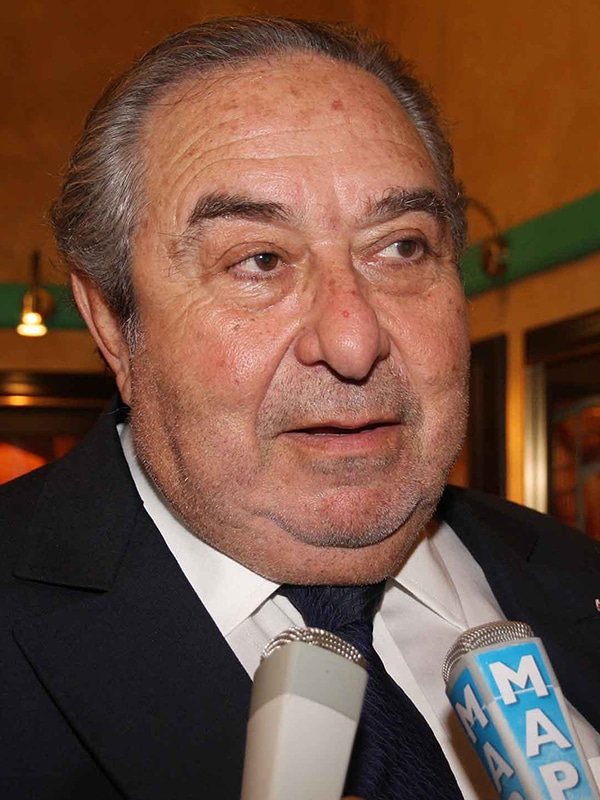 Zhor Rehihil serves as the curator of the Museum of Moroccan Judaism. Among the relics she safeguards are a carefully wrapped ancient Torah scroll, ornamental brass lamps, and decades-old siddurim, or Jewish prayer books.
Read more

Morocco’s small Jewish community has been hit hard by the coronavirus, losing 12 of its members after a wedding and a religious ceremony - 10% of the Kingdom’s total deaths.

Rabbinical High Court in Morocco calls for measures to be respected

The Rabbinical High Court of Morocco has called on the Jewish community to respect the rules and preventive measures taken by each of the countries in which it is residing in order to stop the spread of the coronavirus.