The history of the Belarusian Jews is connected tightly with the history of the Grand Duchy of Lithuania and the Kingdom of Poland, as for many centuries lands of modern Belarus formed part of these two countries.

It is believed that Belarusian Jews were made up of two distinct streams of Jewish immigration. The older and significantly smaller of the two entered the territory in the 8th century from the East and spoke Judeo-Slavic dialects which distinguished them from the later Jewish immigrants who arrived from the Germanic lands. This later and much larger stream of immigration originated in the 12th century. The traditional language of the vast majority of Lithuanian Jews, Yiddish, is based largely on the Medieval German and Hebrew spoken by the Western Germanic Jewish immigrants. Under the tolerant rule of Duke Hiedzimin and his grandson Vitaut, Belarusian Jews enjoyed considerable prosperity and influence and took an active part in the development of the new cities. Thanks to the fact that influential Polish Jews cooperated with the leading Belarusian and Lithuanian communities, the Belarusian Jews were granted a charter of privileges from Vitaut in 1388, which recognised them as possessing a distinct organization. This was momentous in the subsequent history of the Jews of Belarus and Lithuania.

The charter itself was modelled on similar documents granted to the Jews in Poland. Under the charter, which was later confirmed by subsequent rulers, the Jews of the Grand Duchy of Lithuania formed a class of freemen subject in all criminal cases directly to the jurisdiction of the Grand Duke and his official representatives, and in petty suits to the jurisdiction of local officials on an equal footing with lesser nobles, boyars and other free citizens. Under these equitable laws, the Jews of Belarus and Lithuania reached a degree of prosperity unknown to their Polish and German coreligionists at that time. The communities of Brest, Grodno, Lutsk, Minsk and Troki rapidly grew in wealth and influence.

However, Jews suffered from temporary expulsion from the Grand Duchy of Lithuania between 1495 and 1503. The reasons for the unexpected expulsion included religious reasons, as well as the need to fill treasury by confiscating the Jews’ money.
In the mid-16th century, antagonism between the lesser nobility and the Jews grew due at first to economic causes and later fostered by clergy engaged in the fight against heretics, notably the Lutherans, Calvinists and Jews. The opposition to the Jews was finally crystallized in the repressive Lithuanian statute of 1566. In spite of these events, the time of prosperity and relative safety for the Jewish communities continued after Poland and the Grand Duchy of Lithuania were united in 1569.

The fury of the Cossacks’ Uprising between 1648 and 1657 destroyed the whole country and the organization of the Jewish communities in Belarus. The survivors who managed to return to their homes were practically destitute. Moreover, at the end of 18th century, at the time of the second partition of Poland (1793), Belarusian Jews became subjects of Russia. The Jewish population of the Grand Duchy of Lithuania was estimated at 250,000. Russian Czars included the territory into the so-called Pale of Settlement, a western border region of Imperial Russia in which the permanent residence of Jews was allowed.
Because of conflicts, pogroms, and antisemitism, many Belarusian Jews were part of the general flight from Eastern Europe to the United States of America and South Africa.

After the October Revolution and the creation of the Belarusian Democratic Republic, Jews were able to get managing positions in the country and Yiddish became one of the official languages in East Belarus apart from Belarusian, Polish and Russian. Although later Soviet policy turned against the Jews, from December 1928 to October 1929 Yakov Gamarnik, a Ukrainian Jew, was First Secretary of the Communist Party of Belorussia, the de facto head of state.

In 1897 there were around 720,000 Jews in Belarus, i.e. Jews comprised 13.6% of the total population. Jews became the third largest ethnic group in Belarus in the first half of the 20th century, and in some cities and towns they comprised more than 40% of the population. The population of cities such as Minsk, Pinsk, Mogilev, Bobruisk, Vitebsk and Gomelwas more than 50% Jewish.

Some 800,000 Jews from Belarus (90% of the Jewish population) and other countries were killed in Belarus during the Holocaust, first by special task groups which rounded up and killed them and then by adoption of the final Solution and the Operation Reinhard.

Today, the Jewish community in Belarus is the third largest in the former Soviet Union (following Russia and Ukraine). The total population of Jewish households is estimated at 45,000, although official statistics registered some 14,000 Jews at the turn of the century. The largest centre is in Minsk, home to some 20,000 Jews. There are several thousand Jews living in many of the country’s smaller cities and towns, including Bobruisk (6,000), Mogilev (6,000), Gomel (5,500) and Vitebsk (5,000), and about 500 each in Baranowicz, Borisov, Brest (around 1000), Grodno, Orsha, Pinsk and Polotsk.

There are two schools (Gomel and Minsk) and other Jewish schools in different towns and cities. Minsk has a Jewish People’s University, which functions as an evening school and is affiliated with the Belarus State University. In 1994, a Centre for Jewish National Culture was opened in Minsk, as was a Centre for the History of the Jews of Belarus in Vitebsk. There are about 100 cultural groups but mostly their reach and influence is small. A lively Jewish press exists, Minsk alone boasting two Jewish newspapers. There is a Jewish magazine, Mishpoha.

There are synagogues in most of the towns with a larger Jewish population, which generally also provide Sunday schools for children. Several rabbis, local and foreign-born, serve the needs of the community. Kosher food is also available.

Belarus has numerous sites of Jewish interest, including ruins of synagogues, yeshivas and burial grounds that can be found in many towns. Many Jewish buildings are intact but have been put to other uses.

The Union of Belarusian Jewish Organizations and Communities is the major umbrella organization of Jews in Belarus. For the most part, Jewish life is much decentralised, and there are a great number of local organizations that operate fully independently. Although antisemitism is not as great a problem as in other former Soviet countries, there have been a number of incidents that have given cause for concern.

Starting from the second half of the 20th century there was a large wave of Belarusian Jews emigrating to Israel, which continued after Belarus regained independence (57,000 since 1989). 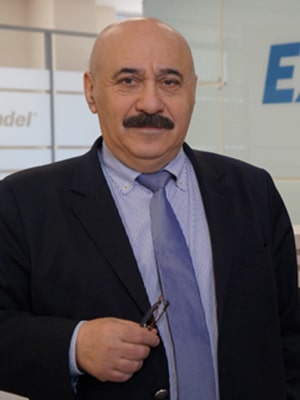 The grave contained bone fragments and skeletons, some with bullets in their skulls and others with shoes strewn beside their bodies, as well as ammunition and personal objects.

Antisemitic graffiti was spray-painted on the building of a Jewish community center on Krasnoarmeyskaya Street in Gomel (Homyel), the second most populous city in Belarus.

The remains of the synagogue in Belarus where the family of painter Marc Chagall used to pray are up for sale for anyone willing to restore the building.