While Jews in Denmark were initially active in the seventeenth century in trading and manufacturing they also gained prominence as financiers and jewelers for the royal family. In 1782, there were 1,830 Jews in Denmark, most of them in Copenhagen. In 1814, Danish Jews were granted civic equality and received full citizenship rights in 1849.

The community’s population increased steadily until the middle of the nineteenth century when there were approximately 4,200 Jews in Denmark. Their numbers soon declined to 3,500 in 1900 due to intermarriage and a low birth rate. By 1920, following an influx of Jewish refugees fleeing from pogroms in Eastern Europe, the total Jewish population numbered 6,000. In 1943, with a German roundup of Jews imminent, about 90% of the Jewish population was spirited to safety in neutral Sweden. Overall, 5,191 Jews, plus 1,301 people of part Jewish parentage, and 686 Christians married to Jews were secretly transported to Sweden.

Some 472 Jews were captured and deported to Theresienstadt, and 53 lost their lives there. After the war, the Jewish community was reconstituted. In 1968, 2,500 refugees from Poland, victims of its former government witch-hunt, settled in the Copenhagen area.

There are an estimated 8,000 Jews in Denmark today, most of whom live in Copenhagen and the immediate surroundings. The great majority of Danish Jews are Ashkenazim with roots in Central and Eastern Europe. Although intermarriage has taken its toll, Jewish life has been bolstered by the arrival of Jewish immigrants from other European countries, and also from Israel. Moreover, in recent years, children of some of the refugees from Poland have begun to take an active part in communal life.

The Jewish Community in Denmark (Mosaisk Troessamfund) is an officially recognized religious community with approximately 2,400 members. The community operates in a broad cultural framework catering to both religious and secular Jews. Most of the Jewish organizations and institutions have their offices within the Jewish Community centre. The Dansk Zionistforbund (Danish Zionist Federation) is the leading Zionist body. B’nai B’rith, WIZO and B’nei Akiva have chapters in the community.

The Caroline Jewish Day School and Kindergarten, founded in 1805, has an enrolment of some 200 pupils, about half of Denmark’s Jewish children in the 6-16 year age group. There are two homes for the elderly, run in cooperation with the Copenhagen Municipality.

Two Jewish periodicals are published in Danish: Rambam, published by Selskabet for Dansk-Jødisk Historie; and Goldberg, a journal of Jewish culture. Other publications cater to Jewish youth. The Royal Library in Copenhagen is an important repository of Judaica and houses the famous Biblotheca Simonseniana, as well as a Jewish department.

The Great Synagogue in Copenhagen was completed in 1833 and is the seat of the Chief Rabbinate. There is also another small Orthodox synagogue which maintains a mikveh. Shir Hatzafon is the Progressive Jewish synagogue and community in Denmark. Kosher food is readily available. There is a hotel in Hornbeak during the summer where one can have kosher food.

Israel and Denmark established full diplomatic relations in 1949 and Denmark is a strong supporter of Israel in the United Nations. In Jerusalem, a monument to the rescue of Danish Jewry was erected on the twenty-fifth anniversary of the operation, and the King Christian X Hospital in Eitanim is named after Denmark’s king during World War II. Since 1948, 1,320 Danish Jews have immigrated to Israel.

Site of Jewish interest are Copenhagen’s Great Synagogue, designed by one of Denmark’s most famous architects, Gustav Friedrich Hechst. The city also has a burial ground dating back to 1693 and another, consecrated in 1886 that is the site of a monument to the 53 Danish Jews who perished in Theresienstadt. At the Liberty Museum, there is a special section devoted to the resistance movement and a section dealing with the persecution of the Jews.

The Jewish Community in Denmark
Det Jødiske Samfund i Danmark 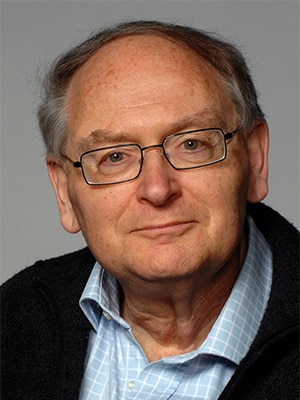 Red paint, baby dolls and antisemitic flyers were left outside a Jewish cemetery in Aalborg, Denmark in an apparent follow-up to a similar incident in Sweden on Passover.

New exhibit marks escape of Danish Jews from the Nazis.

Remembrances came in n the sixth anniversary of the attack on the synagogue of Copenhagen and the murder of Dan Uzan ז״ל.