Jews have lived in Hungary since the time of the Roman Empire. A large number of Jews arrived from Asia together with the Hungarian tribes in the 9th century. After struggling against discrimination throughout the middle ages, by the early 20th century the Jewish community grew to be 5% of Hungary’s population and 23% of the population in the capital, Budapest. They were prominent in the fields of science, the arts and business. Following the defeat and dissolution of the Austro-Hungarian Empire during World War I, Hungarian Jews found themselves within the borders of newly formed countries like Czechoslovakia, Romania, and Yugoslavia. In 1919, when the short-lived Hungarian Soviet Republic collapsed, a period of “White Terror” ensued, during which some 3,000 Jews were murdered and only limited numbers of Jewish students were allowed to study in universities. In the 1920’s the situation stabilized, but by the late 1930’s the first of a series of anti-Semitic laws was enacted, restricting the socio-economic activity of the Jewish population. Parts of the detached territories from Hungary during World War I were re-occupied during World War II, on which territories the fate of the Jews was similar to those of Hungary proper. Over 600,000 Hungarian Jews were murdered by the Nazis during the Holocaust, with the active cooperation of the Hungarian government. Approximately 10,000 Holocaust survivors live in Hungary today.

It is estimated that between 80,000-100,000 thousand Jews – the largest number in East-Central Europe – live in Hungary today who are considered as Jews according to ‘halacha’ (Jewish religious law). In addition, there are approximately the same amount of people in Hungary who are regarded as Jewish according to Israel’s Law of Return. Some 90% of Hungarian Jews live in Budapest.

After the war some 200 Jewish communities were reconstructed, but most dwindled due to natural attrition, assimilation and emigration. In 1946, a new wave of anti-Jewish sentiment led to pogroms in Kunmadaras, Miskolc and elsewhere. The imposition of Communist rule led to the closure of many Jewish institutions, a ban on Zionism and the arrest of Jewish activists. As a result, the number of Jews shrank to even smaller levels. At the same time the state-sponsored Jewish Community was organized, including religious institutions. During the Hungarian Revolution in 1956 more than 10,000 Jews left the country. The community was permitted to maintain relations with the Jewish world and Israel until the Six Day War in 1967. Upon the collapse of Communism in 1989 all restrictions on ties with Israel were lifted. The Federation of Jewish Communities in Hungary (MAZSIHISZ) is the leading organization of the Hungarian Jewish community, encompassing both Hungarian Jewry’s Neolog (Conservative) and Orthodox religious sectors. MAZSIHISZ leads negotiations in Holocaust restitution issues, maintains more than 1500 Jewish cemeteries, three elementary schools, a kindergarten and a high school. It also coordinates platforms for Jewish youth organizations and designates a Field Rabbinate for the Hungarian Army. There are 23 synagogues functioning in Budapest today and some 30 more in towns populated by Jews throughout the country. While there are four Orthodox synagogues in Budapest, the bulk of Hungarian Jews attend Neolog synagogues.

Budapest is home to the state-accredited Rabbinical Seminary and Jewish University– the only Jewish university in Eastern Europe. Founded in 1887, it has never ceased working since World War II. Rabbinical students from throughout Europe practicing the Neolog stream of Judaism attend the university to receive their rabbinical ordination. Budapest is also home to the only Jewish hospital in Eastern Europe, a Jewish community center, nursing homes and organizations to assist Holocaust survivors. A highlight event is the annual Jewish Summer Festival attracting 300,000 visitors yearly. There are also ten kosher butchers, kosher bakeries and restaurants in Budapest. Hungary exports kosher wine, spirits and meat. A Jewish newspaper is produced twice monthly in Budapest, as well as a monthly Jewish magazine and a Jewish literary and arts journal. Assimilation remains a problem in Hungary and anti-Semitism is rife in the Hungarian media, particularly during electoral campaigns when some parts of the media blame Jews for instituting Communism in Hungary and creating economic difficulties.

Diplomatic relations were established between Hungary and Israel in 1948 and severed during the Six Day War in 1967. Relations have now improved, with embassies and consulates existing in each other’s countries and increased trade and tourism between the two nations. Since 1948, 30,000 Jews emigrated from Hungary to Israel.

Major Jewish sites to visit include the Dohány Street Synagogue in Budapest. Built in the 19th century in Moorish style, it is the largest synagogue in Europe and second largest in the world; The Budapest Jewish Museum, with its extensive collection of Judaica; the Hungarian Jewish Museum, presenting the history of Jews in the Carpathians from the Roman times onwards; The Emanuel Holocaust ‘Tree of Life’ Memorial sculpture, with each leaf symbolizing a victim of the Shoah; the Raoul Wallenberg statue honoring the Swedish diplomat who rescued thousands of Jews in Budapest; and the Synagogue of Szeged. Many pilgrims visit the gravesites of grand Hassidic rabbis who lived in Eastern-Hungary and were called ‘wonder-rabbis’, especially the gravesite of the Satmar Rabbi Teitelbaum in Sátoraljaújhely. 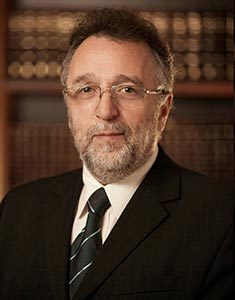 Former synagogues in the towns of Eger and Zalaegerszeg are the latest synagogue buildings in Hungary to undergo restoration and repair.
Read more

Ágnes Keleti, the oldest living Olympic champion and a Holocaust survivor, celebrated her 100th birthday in her native Budapest.

The Federation of Hungarian Jewish communities (MAZSIHISZ) condemned a government-appointed cultural commissioner for comparing George Soros to Hitler in an article about Hungary and Poland’s row with the EU over rule of law.