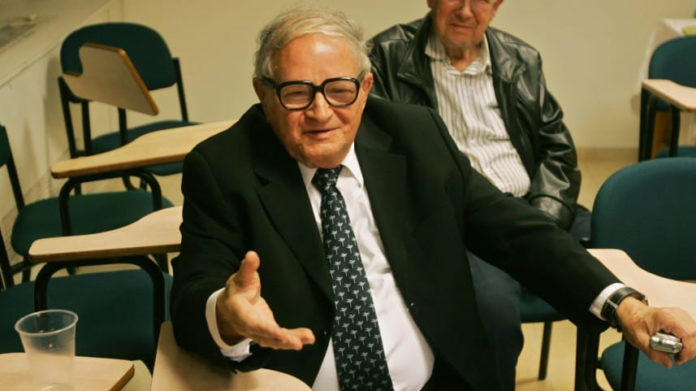 Former Israeli cabinet member and Mossad agent Rafi Eitan said on Sunday he regrets expressing support for the far-right Alternative for Germany (AfD) party. On Saturday, he had said that he hoped the party’s controversial ideology expands to the rest of Europe.

In an interview with Maariv radio, Eitan said he felt he had made a mistake. “This is a certain concept that I thought was correct, but in light of the reactions I’m backing off it,” he said. “Thank you, I don’t want to deal with it.”

In honour of International Holocaust Remembrance Day last month, Eitan praised the German AfD party for coming out against antisemitism and supporting Jewish life in Germany. In a video message to the party published on his Facebook page on Saturday, Eitan said: “If you work wisely, powerfully and, most importantly, realistically confronting a situation and deciding to act according to given circumstances, I’m sure that instead of an alternative to Germany, you’ll become an alternative to Europe.”

Eitan was one of the founders of Israel’s intelligence community and was the Mossad agent who headed the mission to abduct Adolf Eichmann and bring him to Israel in 1960 for prosecution. Eitan was later a cabinet minister.

Frankfurt mayor: Antisemitism and hatred of Jews on the rise in Germany

February 21, 2020
The publisher of a British high-school text has admitted error in suggesting that Israel was a long-term cause of the September 11 attacks on the U.S..

Frankfurt mayor: Antisemitism and hatred of Jews on the rise in Germany