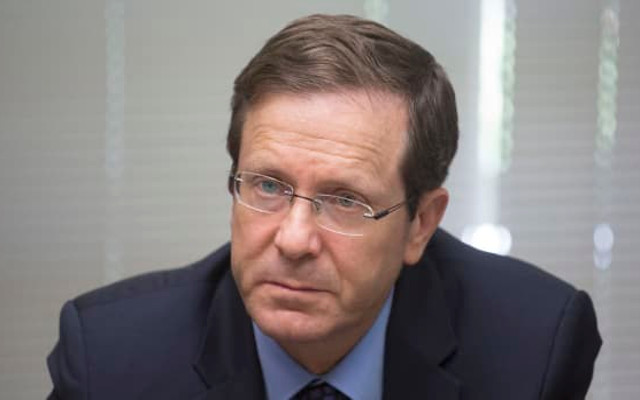 The appointment of Israeli opposition leader Isaac Herzog to chairman of the Jewish Agency was unanimously approved by the agency’s board of governors on Sunday morning. Herzog will start his four-year term on August 1, 2018, replacing Natan Sharansky.

Last week, a search committee decided to back his candidacy and reject Prime Minister Binyamin Netanyahu’s candidate, marking the first time in 23 years that the prime minister’s choice for the position was rejected.

“The Jewish Agency is the narrow bridge that connects the State of Israel and the Jewish people wherever they are,” Herzog said upon accepting the nomination. “This bridge now has to confront great challenges that face our people. They are at risk, at a crossroads – and we have to do everything we can do to ensure unity of the Jewish people, especially the young generation.”

To a round of applause, he added: “A Jew is a Jew is a Jew, no matter whatever stream and whatever skullcap he puts on his head.”

Israeli President Reuven Rivlin congratulated Herzog for his appointment, saying that Herzog “has operated in the heart of Israeli democracy most of his life and served the Israeli people.”

Israel’s Reform movement, the Israel Movement for Reform and Progressive Judaism, congratulated Herzog in a statement, saying that his unanimous appointment “reflects international recognition for his abilities as well as the Zionist Jewish leadership’s fears of the expanding split between Israel and many Jewish communities in the Diaspora.”

Executive Director and CEO of the Conservative Judaism movement in Israel, Yizhar Hess, added his voice to the congratulations and said in a statement that “Herzog has already proved his deep commitment to the Jewish world and to all its denominations, as well as to strengthening their relationship with Israel… I am convinced he will act to ensure Israel is the home of the entire Jewish people.”

Responding to the appointment, UJA-Federation of New York CEO Eric Goldstein called Herzog “an inspired choice for a role essential in strengthening the bonds between the Jewish state and global Jewry.

“Isaac has a deep familiarity with global Jewry, based both on his decades of distinguished public service, and an extraordinary family tradition of leadership and commitment to the Jewish community,” he added. “We look forward to working together with Isaac and the Jewish Agency to help ensure a bright future for Israel and the Jewish people.”

Sharansky, formerly a Prisoner of Zion in the Soviet Union and prominent leader of Soviet Jewry, will step down next month after a nine-year stint at the helm of the agency.
The search committee, headed by World Zionist Organization Chairman Avraham Duvdevani, is comprised of 10 members. According to the Jewish Agency bylaws, the candidate must be approved by nine of the 10 members.