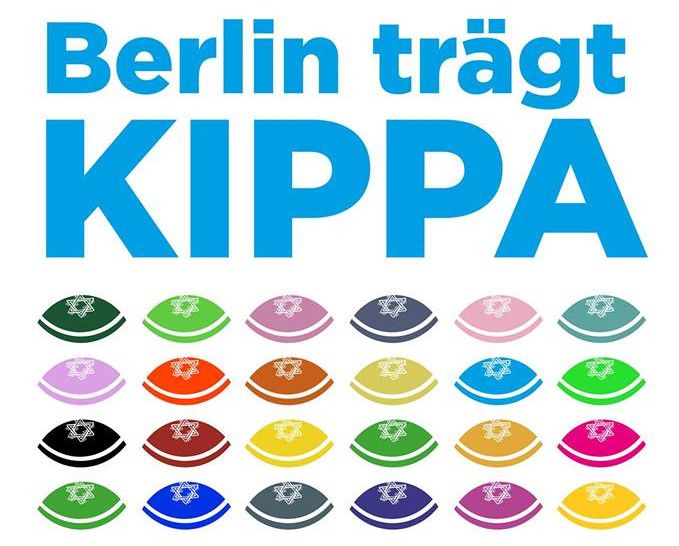 Berlin’s Jewish community has launched a “Berlin wears the kippa” campaign in response to an attack last week on two boys who wore a kippa in the city, Gideon Joffe, the chairman of the community, announced on Friday.

The objective is to mobilise a broad social alliance to oppose hatred, he said, noting that the Jewish community had repeatedly warned its members against wearing the kippa in public.

“But now a situation has arisen that we are no longer prepared to accept without resistance,” Joffe said.

Berlin Mayor Michael Mueller is scheduled to speak at an event under the title “Berlin wears the kippa” in front of the Jewish community’s building on Wednesday evening.

Dr. Josef Schuster, president of the Central Council of Jews in Germany, the country’s EJC affiliate, is also to speak at the event.

On Tuesday evening, a 21-year-old Israeli Arab and his friend were walking in the Prenzlauer Berg neighbourhood of Berlin wearing kippas when they were accosted by three Arab speakers who called out antisemitic insults.

One of the men launched an attack with a belt and a bottle on the 21-year-old. A mobile phone video of the incident can be seen on YouTube, and an alleged assailant has been arrested.

The victim told German media that he wore the kippa as an experiment.

“I’m not Jewish, I’m an Israeli, I grew up in Israel in an Arab family,” the man told German broadcaster Deutsche Welle.

He was conducting what he termed an “experiment” in response to a warning from a friend that wearing a kippa in Germany was unsafe, saying he refused to believe this.