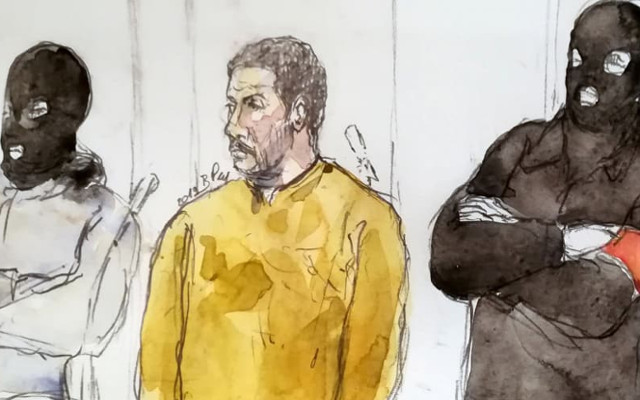 On the opening of a murder trial over the 2014 slaying of four people at the Jewish Museum of Belgium, the leader of Belgian Jewry accused the defendant’s lawyers of spreading conspiracy theories.

Yohan Benizri, president of the Coordinating Committee of Belgian Jewish Organisations (CCOB), the country’s EJC affiliate, was quoted by Le Telegramme as making these accusations several days before the opening of Mehdi Nemmouche’s trial.

Nemmouche, who fought with jihadists in Syria, has denied any involvement in the killings.
The conspiracy theories, Benizri said, are rooted in the fact that two of the four victims were Israeli tourists who worked for Israel’s government.

Soon after the killings, Islamic scholar Tariq Ramadan and others suggested a cover-up, claiming the couple, Emmanuel and Mira Riva, were working for Mossad.

“The defence will try to either minimise the antisemitic character of the crime or follow a conspiracy theory discourse,” Benizri said. He added he feared this would reinforce such trends in society.

Nemmouche was caught in the French city of Marseille during a random bag search. He was found to be in possession of weapons that match the ones used at the museum.
His trial opened more than four years after his arrests partly because of his extradition. Belgian and French authorities have arrested and released dozens of additional suspects.

July 3, 2020
Ahead of the construction of the Shoah Wall of Names Memorial in Vienna, the Documentation Centre of the Austrian Resistance (DÖW), is calling on the descendants and relatives of Austrian Holocaust victims to consult its database to ensure that no name is forgotten.