(Vienna, Wednesday, 21st November 2018) – The most comprehensive and detailed proposals and recommendations, including legislative, to combat antisemitism were presented in Vienna today to high-level European officials, including President Alexander van der Bellen and Chancellor Sebastian Kurz, during a conference held by the Austrian Presidency of the European Council.

The “Catalogue of Policies to Combat Antisemitism”, initiated and commissioned by European Jewish Congress (EJC) President Dr. Moshe Kantor, is an intensive joint effort by senior experts and academics from the universities of Vienna, Tel Aviv and New York, to develop concrete policies to be undertaken by governments, public and private institutions, religious communities and those involved with combatting hate online.

“Today, on European streets, people are being killed again simply for being Jewish.” Dr. Kantor said at the conference ‘Europe beyond antisemitism and anti-Zionism – Securing Jewish life in Europe’ hosted by the Austrian Federal Chancellery in Vienna. “Jewish communities in Europe are increasingly concerned about their security and pessimistic about their future.”

“Europe doesn’t have a monopoly on antisemitism anymore. No Jewish community, anywhere in the world, however strong and well organised, is now immune from Jew hatred. Fighting antisemitism deserves much more than simple statements of good will. We need concrete policies and reinforced legislation.

“Antisemitism and anti-Zionism are getting blurred but they are two sides of the same coin” Chancellor Kurz said during his opening address. “As Austrians, we have to be honest when we look back at our past as Austria was not only a victim but also a perpetrator, but we must also look ahead to the future. We can’t undo history but we can do justice to our history.”

“I hope the definition of antisemitism and the conclusions presented at this conference, will ensure that Jews are able to live safely in Austria, Europe and elsewhere, and that it the only way we can live up to our Presidency of the European Council.” Kurz concluded.

Among the recommendations in the Catalogue are the following:

• Adoption and implementation of the IHRA Working Definition of Antisemitism by all countries, institutions and businesses;
• Governments and intergovernmental organizations should condemn the blatant state-sanctioned antisemitism that exist in a number of countries, such as Iran;
• All countries should appoint an envoy for combatting antisemitism;
• Every country should commit to a percentage of its GDP, annually, to fund the fight against antisemitism;
• Creating new legal frameworks to combat antisemitism effectively and strengthening existing ones;
• People who express or hold antisemitic views should not be allowed to be members of political parties or occupy a position of power;
• Companies should be advise not to do business with countries or organizations that support antisemitism in any way;
• Governments should commit financial and operational resources to ensure the security of Jewish communities;
• Internet companies should be liable for antisemitic content on their platforms.

“European Values, the Rule of Law and Security” – Conference in Vienna

At an earlier conference, titled “European Values, the Rule of Law and Security”, also organised in the framework of the Austrian European Council Presidency, Dr. Kantor spoke about some of the current challenges of fighting antisemitism and European values.

“Our European system of values offers protection to radicals and extremists of different ideologies who want to destroy it,” Dr. Kantor said. “Across Europe, far-right, far-left and radical Islam co-exist in a mutually reinforcing relationship, where antisemitism is a uniting element. The consequence is a growing threat to Jewish communities and a growing sense of despair and pessimism about the future.”

“The primary responsibility for Jewish communities’ security lies with their governments, law enforcement and security authorities. Some governments have been slow to recognise and react to the threat to their Jewish communities and many still have not. Still, a commitment from the Council of the European Union to increasing financial support and operational capabilities for the security of Jewish communities is a much-needed signal that our concerns about the future of Jewish life are being taken seriously and will be addressed properly.”

At a gala dinner on co-hosted by the Chancellor and the EJC, Dr. Kantor awarded the ‘Navigator to Jerusalem’ Prize to Chancellor Sebastian Kurz for his commitment to the issues of antisemitism and Jewish security and for ensuring these are among the priorities of his leadership.

“Chancellor Kurz did not shy away from historical truth, and has proven to be a person of principles, vision and a true friend of the Jewish people.” Dr. Kantor said. “We are delighted that Austria-Israel relations are blossoming today under the Chancellor’s leadership, especially when he declared that Israel’s security is a raison d’être for Austria. For these reasons, we are presenting the European Jewish Congress’ Navigator to Jerusalem Prize.” 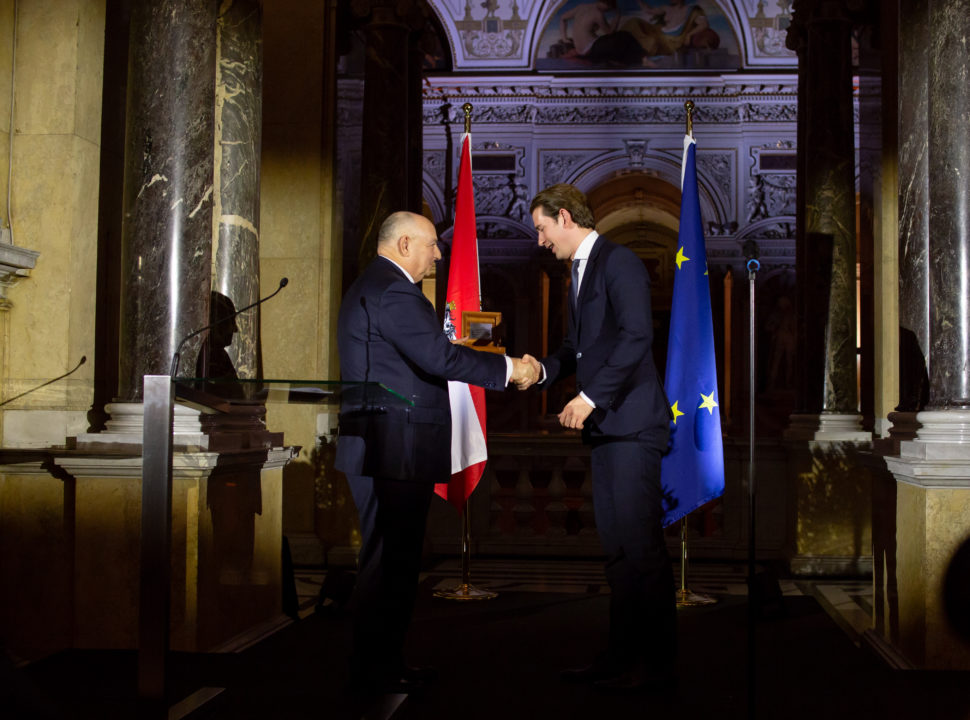 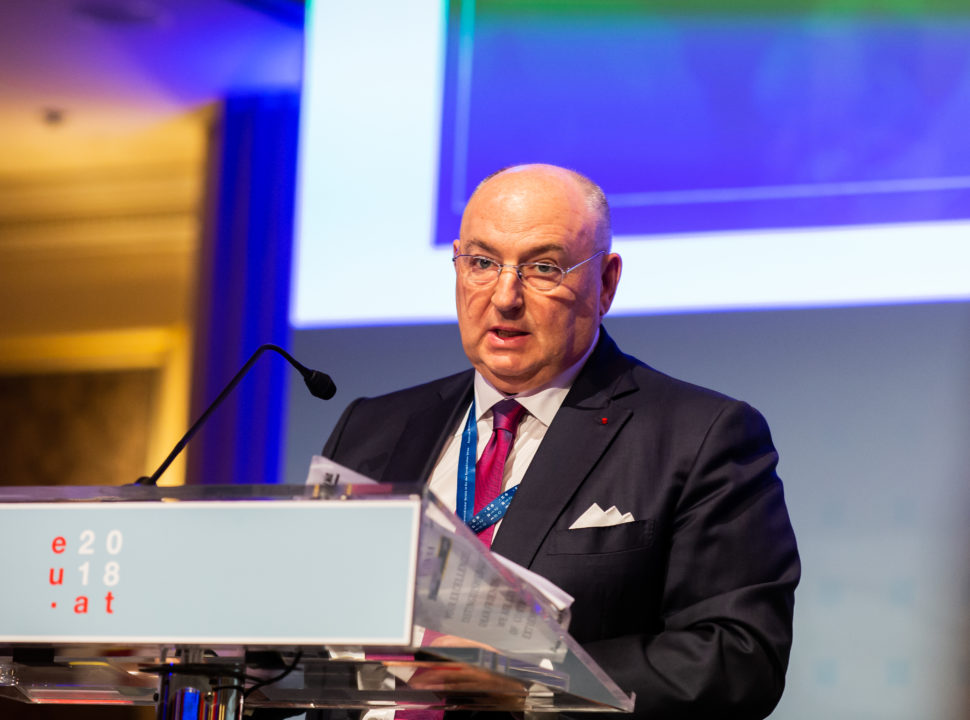 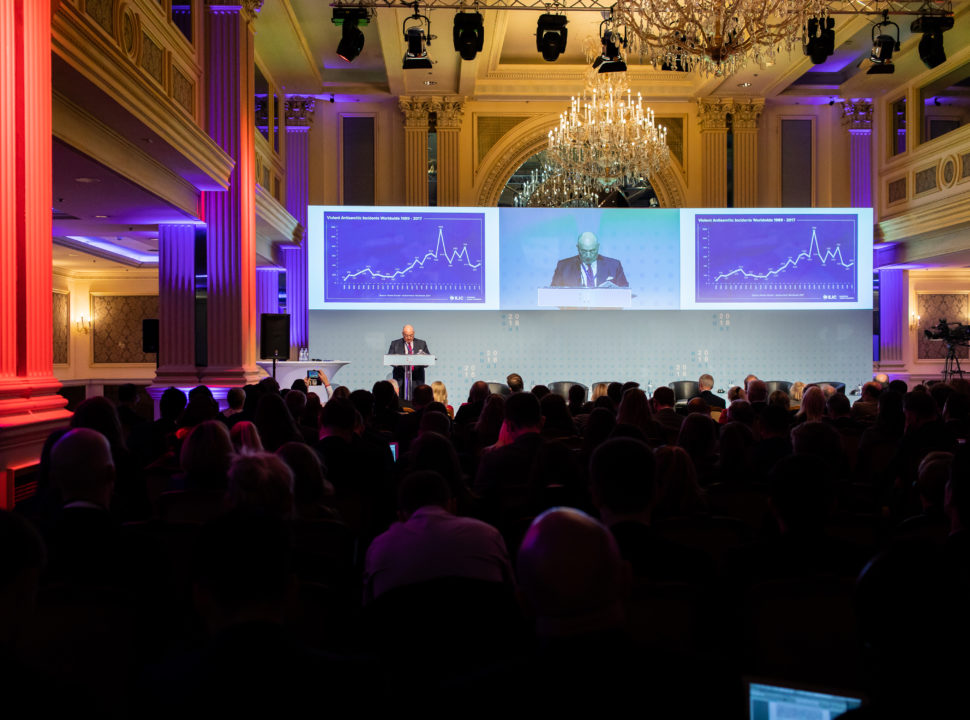 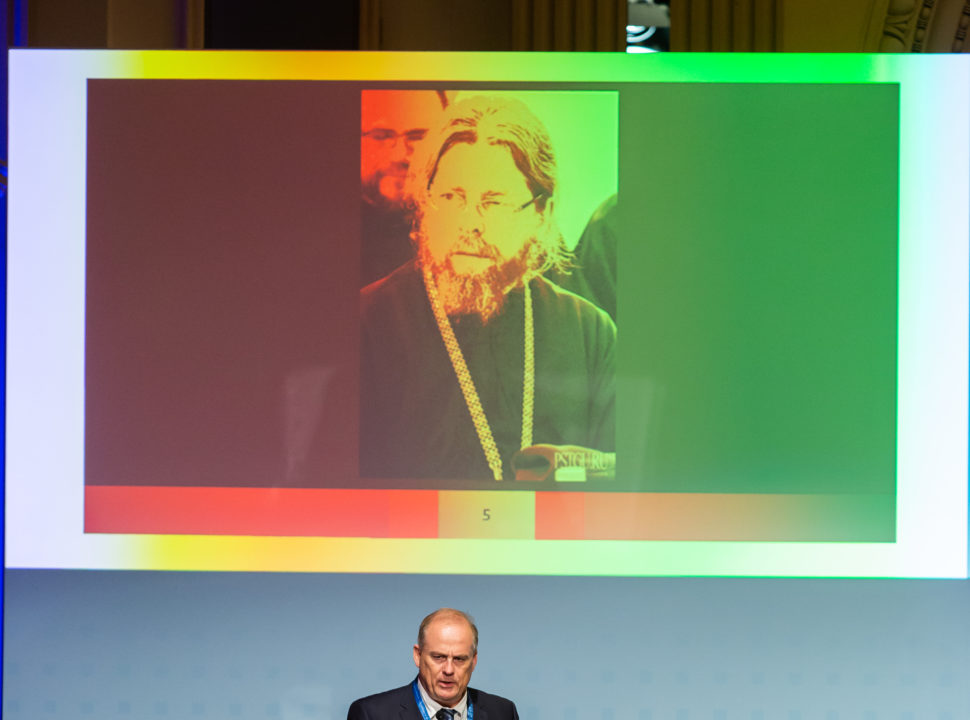 Have a wonderful weekend💛

Even though most textbooks in the Middle East and North Africa are filled with antisemitic tropes and calls for violence against Jews, important steps are being taken in 🇸🇦 to tackle Jew-hatred.

We welcome @IMPACT_SE report on reforms in Saudi textbooks.
https://www.jpost.com/diaspora/antisemitism/article-710756

🇪🇸 The @fcjecom and @unicomplutense have launched the Simone Veil Extraordinary Chair for the prevention of Racism, Antisemitism and the promotion of interculturality.

The objective is to promote freedom, democracy, equality and respect for human rights.
https://eurojewcong.org/news/communities-news/spain/fcje-and-ucm-launch-simone-veil-chair-for-the-prevention-of-antisemitism/

The European Jewish Congress held its Executive Meeting on 27 June 2022 in Brussels.