The European Jewish Congress unveiled a unique monument in memory of those incarcerated and murdered in the Terezin concentration camp and the six million victims of the Holocaust. The monument was unveiled by Dr. Moshe Kantor, President of the EJC, as an eternal memorial on behalf of the Jewish communities of Europe.

“This monument symbolises the Jewish experience throughout the ages. A history of violent persecutions, but also one of resilience and responsibility,” said Dr. Moshe Kantor. “The nature of the stone is meant to capture the eternity of grief, and its immensity the magnitude of the burden of the Jewish people.”

“This burden is double. On the one hand, the cruel and unbearable burden of helplessness felt by the victims. On the other hand, the inescapable burden of our responsibility of keeping the memory of the Shoah alive.”

The sculpture, created by prominent Czech artist Aleš Veselý is a construction that symbolises the Jewish experience throughout the ages: A history of violent persecutions, but also one of resilience and responsibility.

“It is memory that has allowed us, the Jewish People, to last through thousands of years of history, despite ongoing persecutions,” Dr. Kantor continued.

“Memorials like this serve as a reminder and further our understanding, which are vital as we are in the last generation of eye-witnesses to the horror of the Shoah.”

“As time moves us further from the horrific events, the memorials we create to remind us and the world become ever more important.”

Also speaking at the event were Jan Roubínek, Director of the Terezin Memorial, Daniel Meron, Ambassador of the State of Israel to the Czech Republic, Bodo Ramelow, Minister-President of Thuringia (Thüringen), Petr Papoušek, President of the Federation of Jewish Communities in the Czech Republic and Holocaust survivor Doris Grozdanovičová. Officials from Czech Ministries of Culture and Foreign Affairs, diplomats, leaders and prominent members of the Czech Jewish Community as well as the executive members of EJC and World Jewish Congress (WJC), including presidents of Jewish communities worldwide, were in attendance.

The gift of the monument to the Terezin memorial is the culmination of a commitment made by the EJC and its President during The Fourth International Let My People Live! Forum held in Prague in 2015.

The European Jewish Congress is the representative organization of 42 national Jewish communities across Europe.

Terezin was a concentration camp 30 miles north of Prague in the Czech Republic during the World War II. It was originally served as a holiday resort for Czech nobility. By 1940, the Gestapo turned Terezin into a Jewish ghetto and concentration camp. It held primarily Jews from Czechoslovakia and tens of thousands of Jews deported from Germany and Austria, as well as hundreds from the Netherlands and Denmark. More than 150,000 Jews were sent to Terezin, including 15,000 children, before being sent by rail transports to their deaths at Treblinka and Auschwitz extermination camps, as well as to smaller camps elsewhere. Less than 150 children survived. 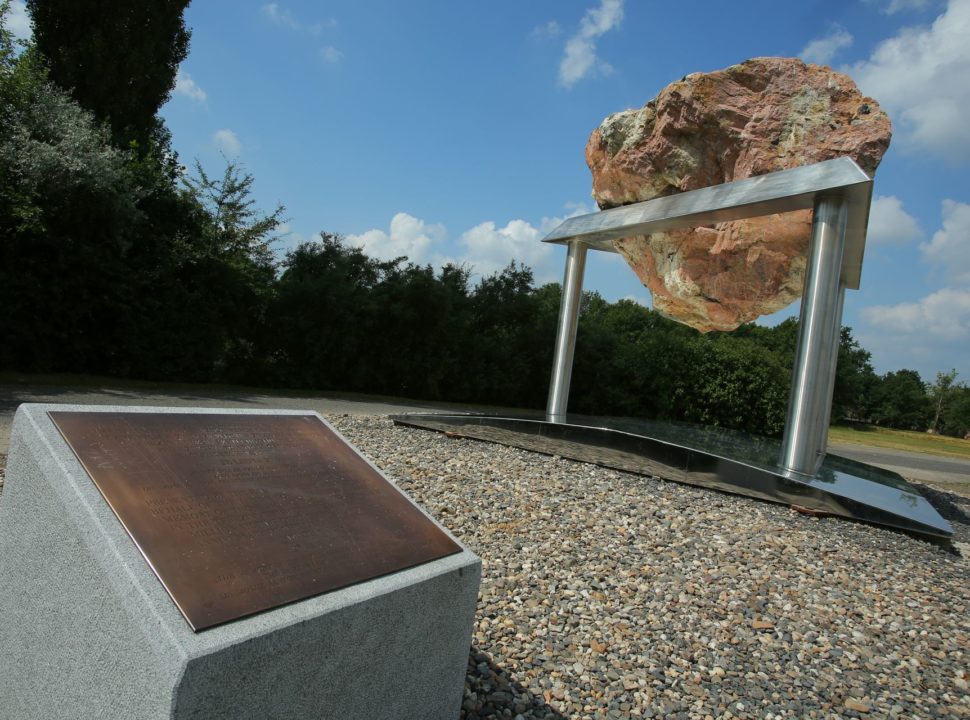 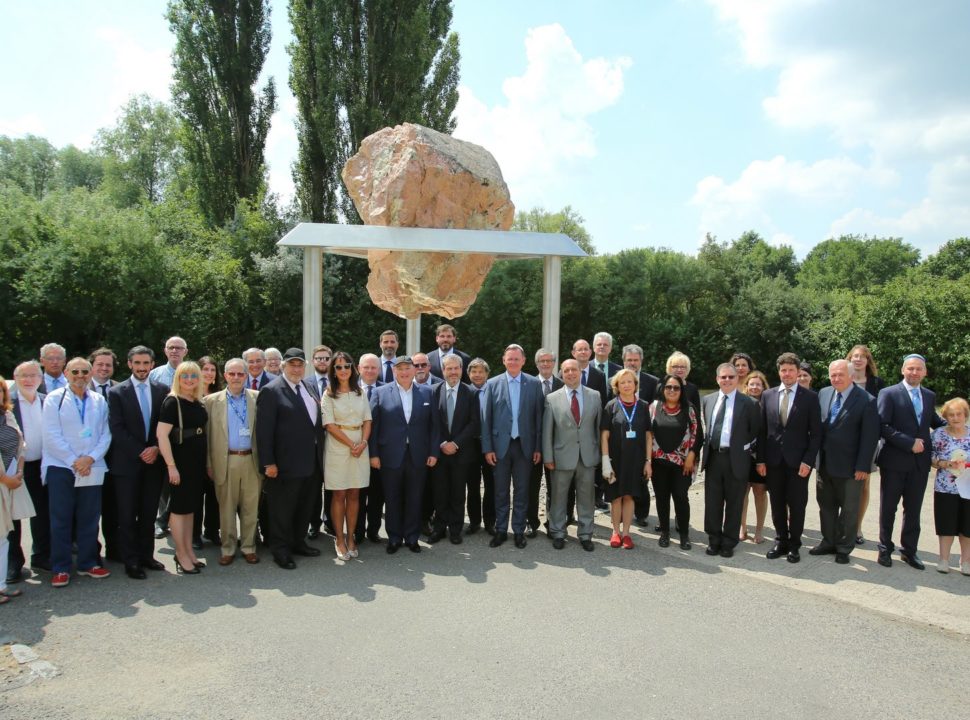 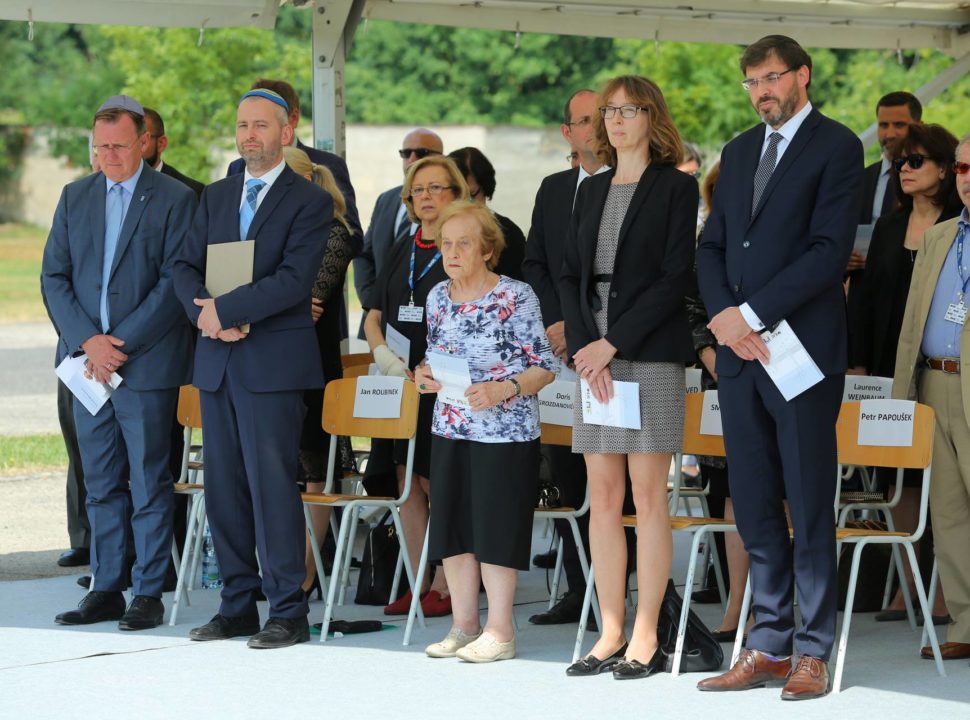 “The pandemic has created the social conditions where antisemitism thrives,” Moshe Kantor warned at the release of Antisemitism Worldwide report

The significant rise in extremism and the widespread increase in antisemitic conspiracy theories over the last year could have profound effects on Jewish communities in a post-Pandemic world, said EJC President Dr. Moshe Kantor at the release of the Annual Report on Antisemitism Worldwide 2020, by the Kantor Center at Tel Aviv University.
Read more
Statements

EJC President Dr. Moshe Kantor congratulated the Hellenic Republic ahead of the 200th anniversary of its independence on March 25th 2021.
Read more
Statements

The EJC strongly welcomes the European Commission’s Anti-Racism Action Plan and the holding of the Anti-Racism Summit, a seminal event to enhance anti-racism policies in Europe.
Read more

Book presentation: “The Star and the Scepter. A diplomatic History of Israel” by Dr Emmanuel Navon

The EJC held a special webinar presenting the latest book by international relations expert Dr. Emmanuel Navon, entitled: ‘The Star and the Scepter. A Diplomatic History of Israel’.

The European Jewish Congress held its annual meeting of Directors of Jewish communities online. Over thirty directors, professionals and experts from Jewish communities came together to discuss recent developments and exchange best practices.