(Vienna, Tuesday, 9 November 2021) – On the 83rd anniversary of Kristallnacht, Dr. Moshe Kantor, the President of the European Jewish Congress, has presented an unprecedented and detailed study describing how to defeat antisemitism.

The study was conducted under the patronage of the President of the Austrian National Council, Wolfgang Sobotka, the City of Vienna and the European Jewish Congress.

Comprised of a five-volume book series, the study is the outcome of an international high-level conference held in Vienna in 2018, as a collaboration between the University of Vienna together with New York and Tel Aviv universities and the European Jewish Congress. It is entitled “An End to Antisemitism!”.

“This is the most ambitious study of the problem of antisemitism,” said Dr. Kantor, speaking at the official release of the publication. “More importantly, it details the groundwork for a united and concerted preventive action plan for society today and in the future.”

“Our objective is to distribute this study as widely as possible, so that it can be used as a force multiplier by governments, academics, religious institutions, the media and other organisations.”

The study aims to prevent further Jew-hatred, as it manifests in the current political and social climate and into the future. 119 international experts scrutinize the multi-faceted problem of antisemitism: they shed light on the history of antisemitism and onto its specific features. Based on their analysis, they offer recommendations for a joint and effective fight against antisemitism.

The study comprises five parts. The first offers practical solutions and recommendations for decision-makers, the second deals with Jew-hatred in religion, the third deals with the history of antisemitism, the fourth with its role in philosophy, pedagogy and social sciences, while the fifth explores manifestations in modern media, and in the legal and political worlds. Other speakers at the event included Wolfgang Sobotka, President of the Austrian National Council, Karl Nehammer, Federal Minister of the Interior, Karoline Edtstadler, Federal Minister of European Affairs and Dr. Ariel Muzicant, Vice President of the EJC.

“Eighty-three years after Kristallnacht and 76 years after the end of the Shoah, hatred, disinformation, conspiracy theories about Jews and the Jewish state are more than ever circulating online and poisoning hearts and minds,” Dr. Kantor said. “Thanks to significant efforts around Europe, we are seeing great progress at the political level. Nonetheless, the problem of antisemitism in society is unfortunately getting worse.”

“So, while there is an obvious will on the part of governments to fight Jew-hatred, they must be given the tools to have the most impact to suppress this scourge. This is what we are releasing today.”

In addition, Dr. Kantor was awarded the Grand Decoration of Honour in Gold for Services to the Republic of Austria. This prestigious national honour was bestowed on him by the President of the Austrian National Council, Austria’s parliament, Wolfgang Sobotka, for “his fight against antisemitism, racism, extremism and intolerance and for greatly contributing to preserving the memory of the Shoah and revitalizing Jewish life in Europe.”

“I am honoured to receive this award from the Republic of Austria,” Kantor said after receiving the award, “Because it is a nation which has taken its role in the fight against antisemitism very seriously. It has led the way on many issues, including giving Holocaust survivors a priority in receiving Covid vaccines and safeguarding a Jewish future, and I remain ready, willing and available to assist Austria in meeting these challenges.”

The Grand Decoration of Honour in Gold is Austria’s highest honour and has been bestowed on various monarchs, including Britain’s Queen Elizabeth II, Sweden’s King Carl XVI Gustaf and Queen Silvia, as well as international leaders and fighters against racism, such as the late French president Jacques Chirac, and former Nazi hunter Simon Wiesenthal 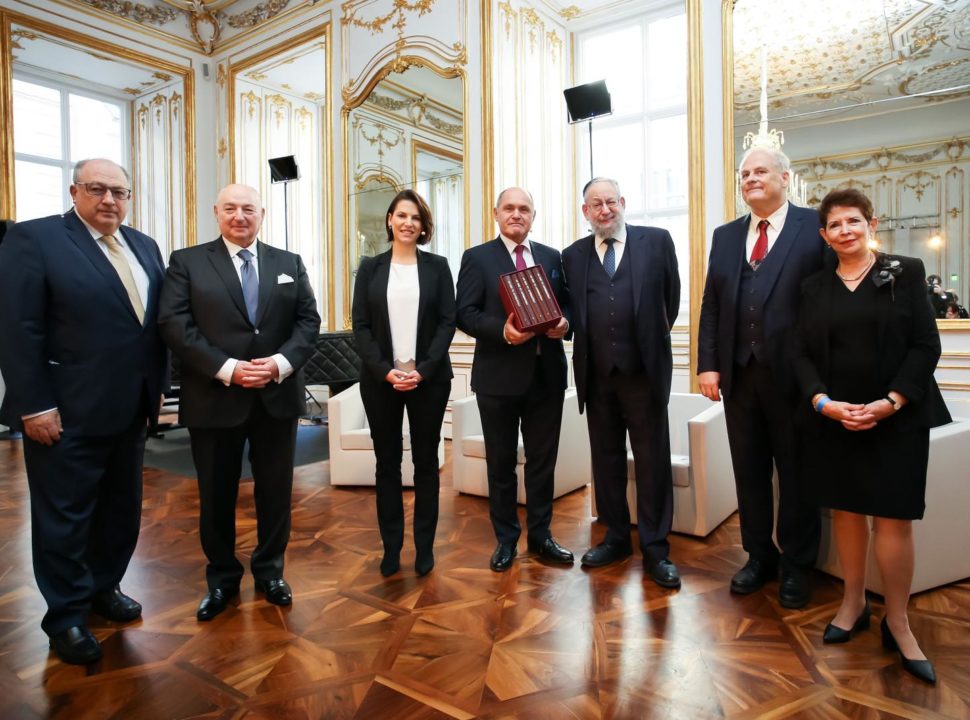 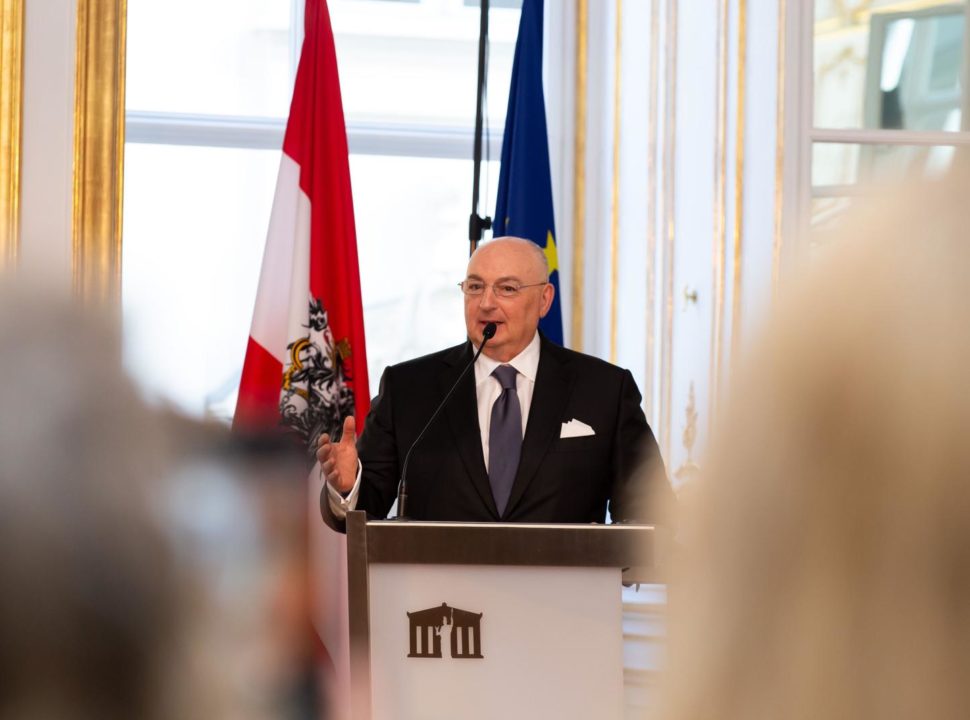 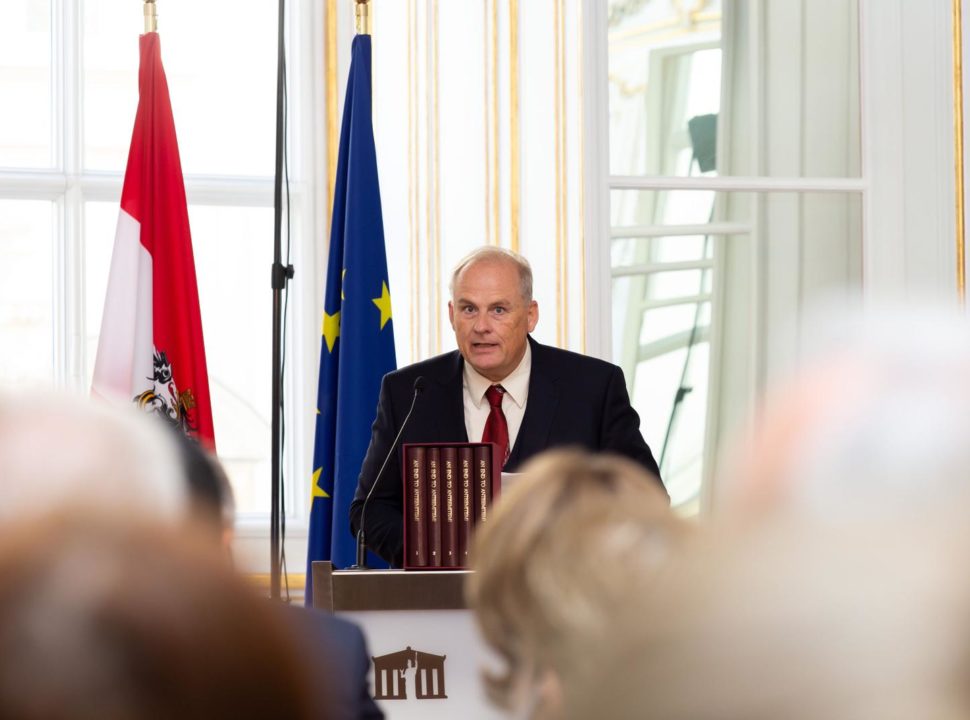 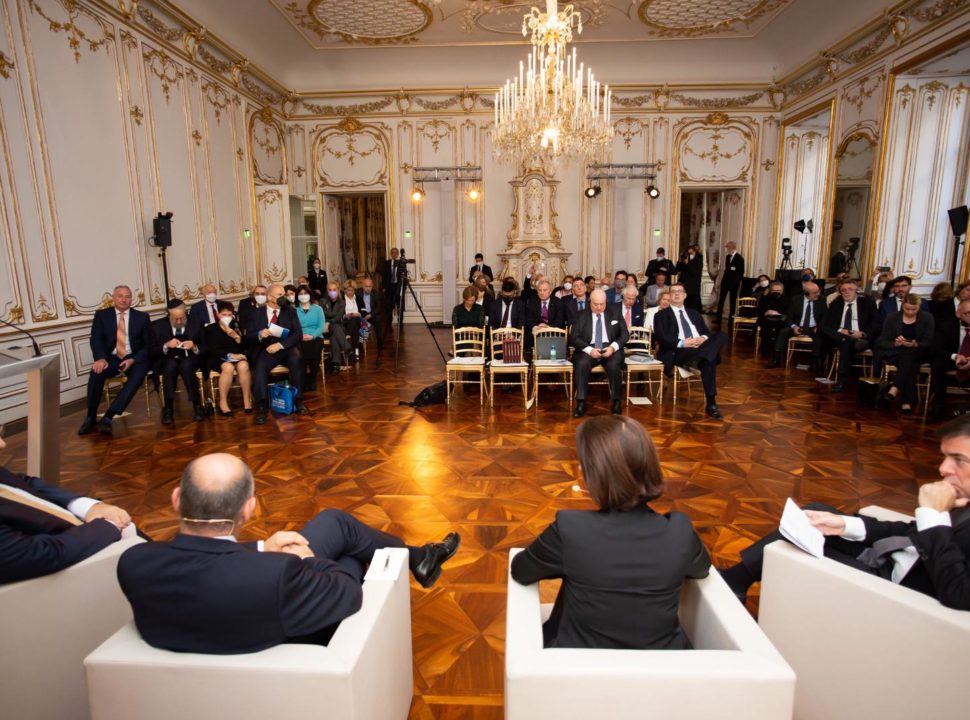 Joint seminar on welcoming refugees kicks off in Paris