(Jerusalem, 20 November 2019) – Some 30 heads of state from around the world will attend the Fifth World Holocaust Forum, taking place on 23 January 2020, at Yad Vashem in Jerusalem.

The lead-up to this historic event was officially launched this morning at a press conference, held at the President’s Residence in Jerusalem, where President Reuven (Ruvi) Rivlin, Foreign Minister Israel Katz, Yad Vashem Chairman Avner Shalev and World Holocaust Forum Foundation President Dr. Moshe Kantor spoke about the importance of the event and the urgent need to fight against antisemitism and Holocaust denial.

The event, titled “Remembering the Holocaust, Fighting Antisemitism,” is being organized by the World Holocaust Forum Foundation, in cooperation with Yad Vashem, under the auspices of the President of the State of Israel.

As the world prepares to mark the 75th anniversary of the liberation of Auschwitz, the message will be clear that antisemitism has no place in our global society.

The event takes place against the background of the rise in hateful and violent expressions of antisemitism, especially in Europe. Given this alarming situation, efforts to educate about the dangers of antisemitism, racism and xenophobia and foster Holocaust commemoration and research have made this event more crucial and relevant than ever.

President of the State of Israel Reuven Rivlin:

“In a few weeks I will be joined by heads of states and world leaders, who were invited by the European Jewish Congress and Yad Vashem to be with me in Jerusalem, to mark the 75th anniversary of the liberation of Auschwitz-Birkenau.

The presidents of Russia, Germany, France, Italy and Austria together with a representative of the United Kingdom and many other leaders, will come to Jerusalem to discuss how we can fight anti-Semitism. We will come together to think about how to pass on Holocaust remembrance to generations who will live in a world without survivors, and what steps we must take to ensure the safety and security of Jews- all around the world.”

“Holding this high-level event in Jerusalem, the capital of Israel, as we mark seventy-five years since the liberation of Auschwitz, has great historical and personal significance. I am the son of Holocaust survivors Meir and Malka Katz, may they rest in peace. My mother Malka Katz was in Auschwitz and was sent on the ‘Death March’. Since those dark days, we have defended, and developed our homeland. Today, the State of Israel is strong and advanced. The IDF ensures that the Jewish People will never again stand defenseless against its enemies. Even so, antisemitism is rising around the world. We see it in violent attacks against Jews, vandalized cemeteries, incitement, and the murder of Jews. The international community must unite against the rise of antisemitism. ”

“The pledge ‘to remember and never forget’ should be a pledge for all of humanity, and not just for the Jewish people,” said Dr. Moshe Kantor, President of the World Holocaust Forum. “Jewish life is once again under threat in Europe. It is under threat from the day-to-day harassment and attacks, on the streets, in schools, at universities, online, and even in their own homes. It has become so bad that the overwhelming majority of Jews in Europe no longer feel safe.”

“Antisemitism is a hatred that knows no boundaries, and has been adopted by multiple ideologies. Jews are relentlessly attacked by the Left, the Right, and the mainstream. This is another pivotal point in history where the leaders of the world have to stand up and act. Words are not enough, and I conceived the World Holocaust Forum to be a place where we can create an action plan to aggressively fight back against antisemitism.”

“The Holocaust has become a paradigm to measure the human capacity to engage in radical, cruel and systematic evil, not only because of its unprecedented scope – the murder of six million Jewish men, women and children – but also because of the ‘rationale”‘ behind Nazi ideology – the extermination of the Jewish people as a way to protect their own national interests and that of the “pure German race.” The ability of an advanced society to justify the eradication of an entire people and culture was supported and even encouraged by age-old antisemitic tropes, some of which are present in our post-Holocaust global society.
“Yad Vashem works tirelessly to increase the knowledge and awareness of the history of the Holocaust, not only to ensure that its memory continues to be relevant 75 years after the end of WWII, but also as a tool to fight antisemitism, racism and xenophobia, alarming phenomena that are on the rise around the world today.”

About the World Holocaust Forum Foundation

Founded in 2005 by Dr. Moshe Kantor, President of the European Jewish Congress, the World Holocaust Forum Foundation is an international organization dedicated to preserving the memory of the Holocaust and its important lessons for all of humanity, including fighting rising antisemitism. Past World Holocaust Forum events have taken place at Auschwitz, Babi Yar and Terezin, in cooperation with Yad Vashem, with the highest-level political and diplomatic representation.

Please find a video of the Press conference:

Address of Dr Moshe Kantor, President of the World Holocaust Forum Foundation and of the European Jewish Congress, between minutes 25:18 and 32:30. 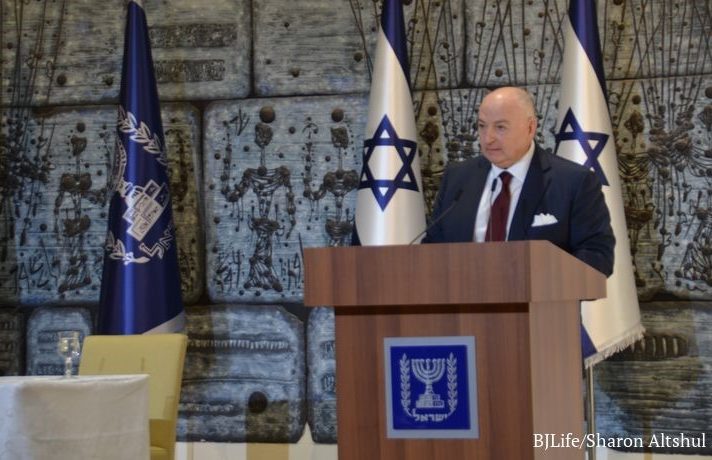 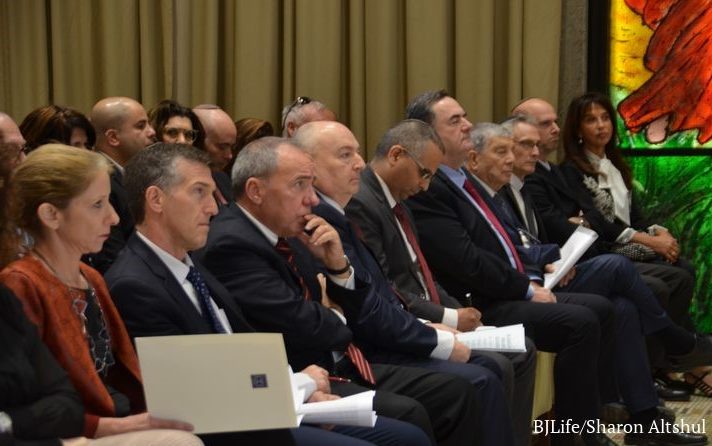 EJC President Dr. Moshe Kantor said that already in the first few months since the global breakout of the coronavirus, there has been a rise in antisemitic manifestations relating to the spread of the disease and the economic recession triggered by the pandemic at the release of the Antisemitism Worldwide Report 2019. The total number of major violent incidents monitored in 2019 was 456, an 18% rise from 2018.
Read more
Statements

EJC President Dr. Moshe Kantor announced a series of important measures to provide support and assistance to Jewish communities and other people in need to mitigate the effects of the coronavirus crisis.
Read more
Statements

EJC expresses outrage at the appalling mass display of open antisemitism during carnival celebrations in the Belgian city of Aalst and stands in solidarity with its affiliate, the Coordinating Committee of Belgian Jewish Organisations (CCOJB).
Read more

The European Jewish Congress was represented by Raya Kalenova, Executive Vice-President and CEO at a ceremony honouring David Saltiel, President of the Central Board of Jewish Communities in Greece (KIS) with the medal of the Grand Commander of the Order of the Phoenix, by H.E. Mr. Prokopios Pavlopoulos, President of the Hellenic Republic.

Speech by Dr. Moshe Kantor, President of the World Holocaust Forum Foundation and the European Jewish Congress, delivered at Yad Vashem in Jerusalem on January 23, 2020.