The event also launched UNESCO’s advocacy report ‘Addressing conspiracy theories: what teachers need to know’. The report is an introduction for educators, working in and outside of formal schooling, on how to identify, prevent and address conspiracy theories.

“The fight against conspiracy theories, and the antisemitic and racist ideologies they often convey, begins at school,” said Director-General of UNESCO Audrey Azoulay.

“Yet teachers worldwide lack adequate training. That is why, today, UNESCO is launching a practical guide for educators, so they can better teach students how to identify and debunk conspiracy theories.”

“This builds on the wider work we are doing to strengthen media and information literacy, based upon our new model curriculum.”

The event brought together governments, academia, civil society and the private sector for joint action, and had parts open for public advocacy as well as sessions of experts.

“When events are seemingly inexplicable, fear, uncertainty, and ignorance drive people to simplistic explanations. Today, with a global pandemic followed by war on the European continent on a scale not seen since World War II, we find ourselves at one such period,” said EJC Executive Vice President and CEO Raya Kalenova.

“And while the ways in which conspiracy theories spread may have changed, their content remains remarkably similar. Jewish communities have suffered from these conspiracies for generations and know better than most of its terrible effects. In fact, beliefs in a Jewish conspiracy are the most pervasive aspects of antisemitism,” she added.

“That is why we must mobilise everybody, not only civil society, academia and educators, but also online and social media companies, whose responsibility it is to ensure environments free from hatred and disinformation.”

Among the speakers at the event were Katharina von Schnurbein, European Commission Coordinator on combating antisemitism and fostering Jewish life and Nicola Beer, Vice-President of the European Parliament and Special envoy on combating religious discrimination, including antisemitism.

The symposium was organized in cooperation with the European Commission, the Cambridge University Social Decision-Making Lab and the Alfred Landecker Foundation. 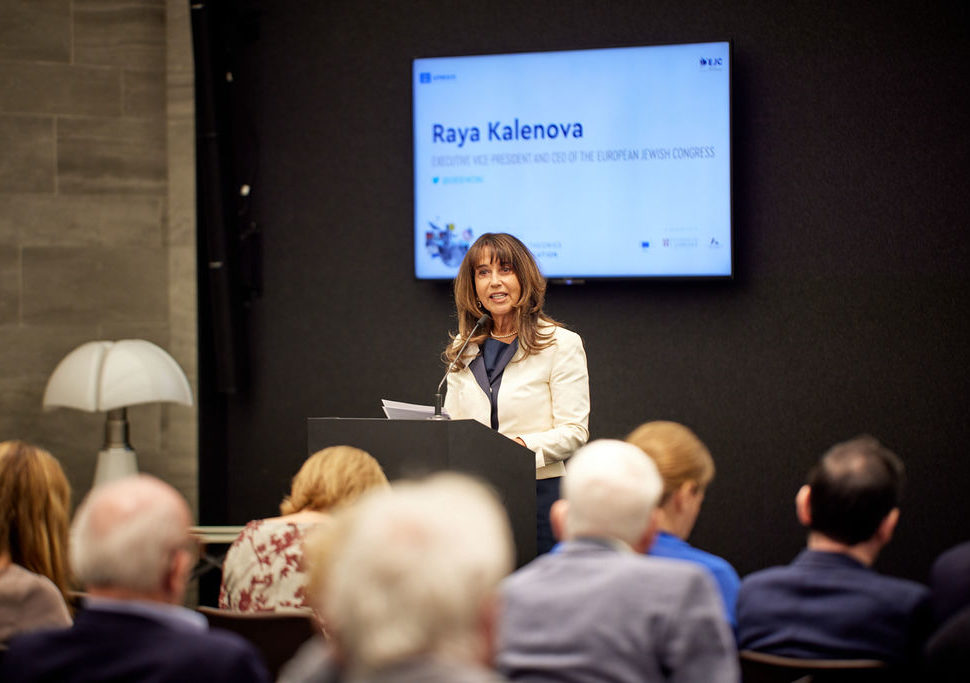 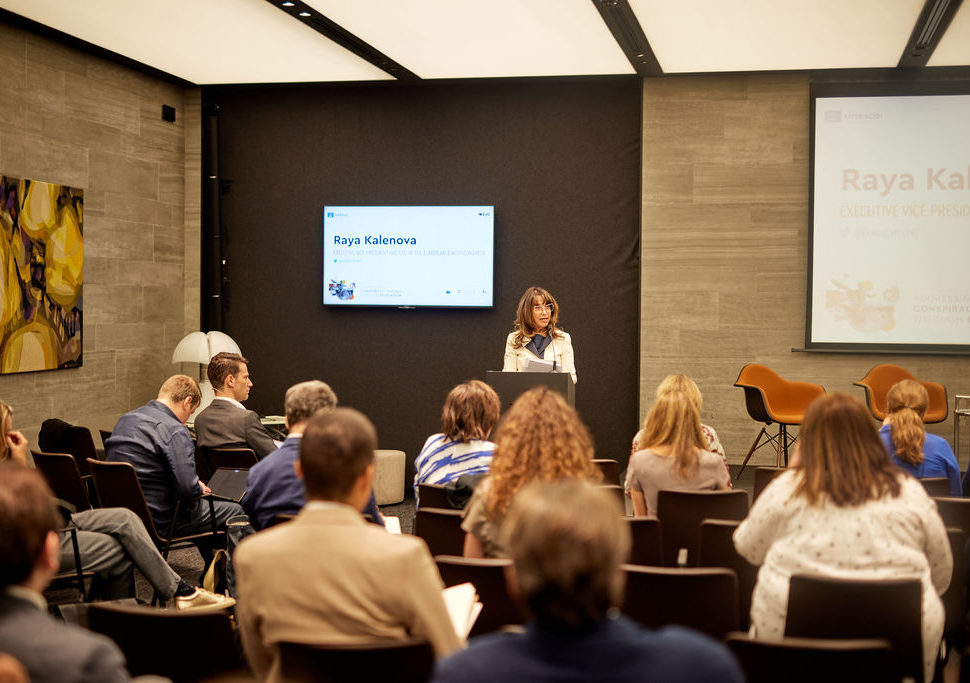 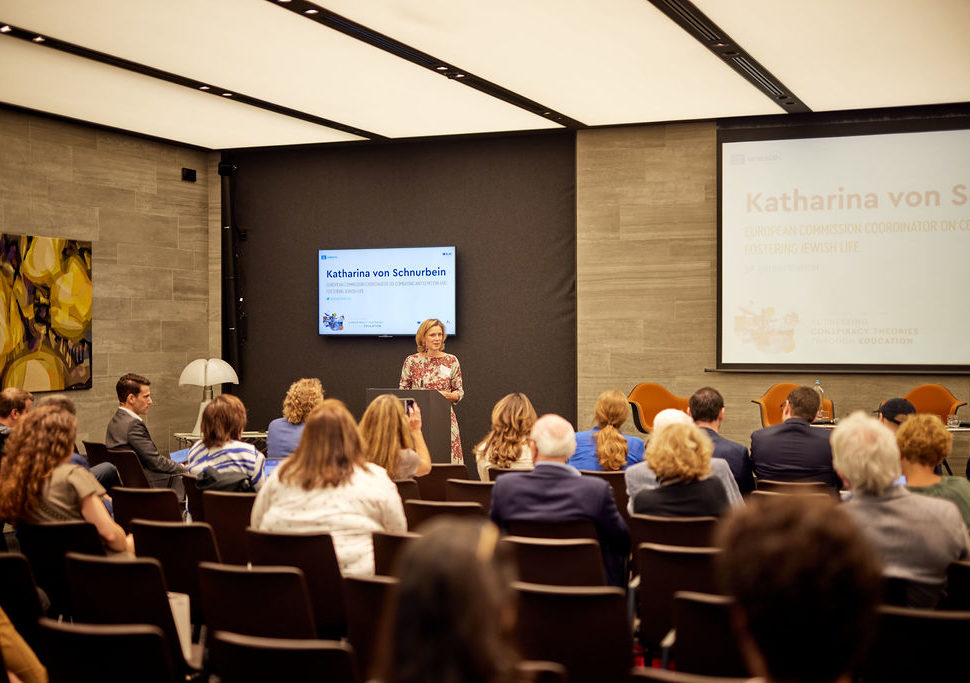 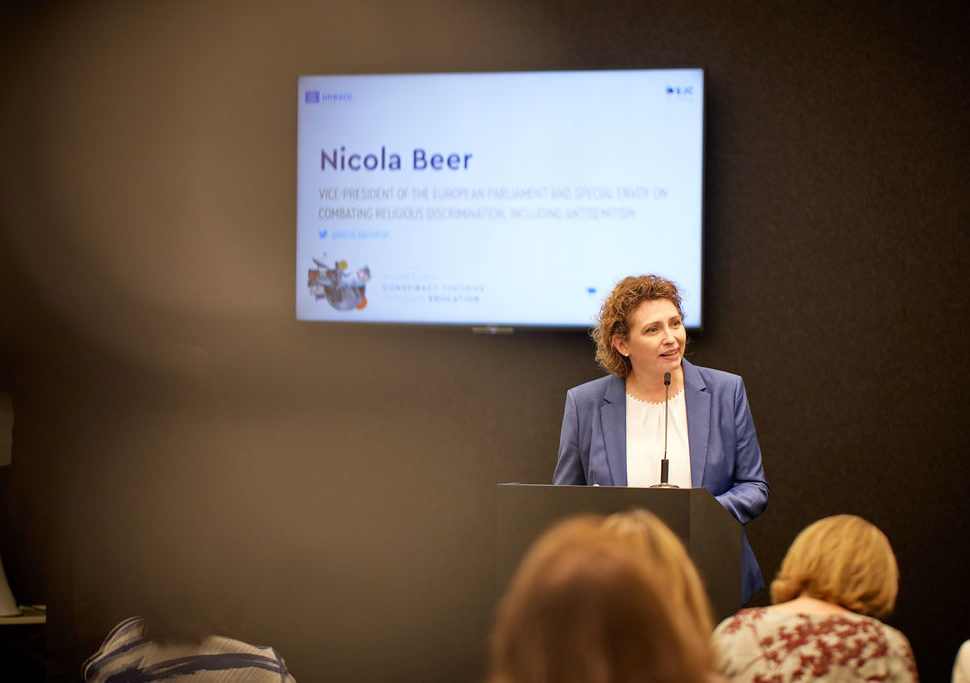 We warmly welcome the release of the first-ever National Strategy against Antisemitism and for Jewish Life in Germany.

An unprecedented and vital document to significantly reduce antisemitism and foster Jewish life in 🇩🇪.

🇮🇹 The ornate 19th-century synagogue in Alessandria has been reopened to the public again after the completion of a full-scale restoration.

Jewish communities existed throughout the Middle East and North Africa for more than 2,000 years. Today we remember the fate of more than 850,000 Jews who were forced out from their homes in Arab countries & Iran.

The story of these Jews is largely unknown. We must never forget.