The European Jewish Congress held its biannual meeting of directors of EJC-affiliated Jewish communities in Brussels on December 10th 2019.

The meeting took place ahead of the second meeting of the Working Group on the Implementation of the European Council Declaration on the fight against antisemitism, organised by the European Commission on December 11th 2019 and which was focused on Education on Jewish life, antisemitism and the Holocaust.

EJC Director of European Affairs welcomed participants to the meeting and emphasised the crucial importance of the momentum which was created by the adoption of the European Parliament resolution of 2017 and the Council Declaration of 2018. Moreover, Ms. Woitchik insisted that the EJC stands side by side supporting Jewish communities take advantage of this momentum and achieve tangible positive change for Jewish communities on the ground.

Ophir Revach – CEO of the Security and Crisis Center by EJC presented a new Guide to Judaism for Law Enfrocement, developed together with the European Union Agency for Law Enforcement Training (CEPOL). The motivation behind this guide to provide a better understanding of Jewish life and Jewish traditions to Law Enforcement to facilitate their work and their cooperation with Jewish communities.

The second session of the meeting focused on Education policy in the fight against antisemitism. Directors discussed cooperation with governments and civil society on this field and shared best practices.

Karel Fracapane, Senior Project Officer, Division for inclusion, peace and sustainable development at The United Nations Educational, Scientific and Cultural Organization (UNESCO) discussed the effort of the international body in informing education policy worldwide, in particular its newly published guide: Addressing antisemitism through education: Guidelines for policymakers, published together with the OSCE.

Marina Chernivsky, Director of the Competence Center for Prevention and Empowerment, Central Welfare Council of Jews in Germany (ZWST), introduced the work of her organisation in the field of antisemitism prevention, as well as her involvement with Independent Expert Group of the German Federal government on combatting antisemitism.

Finally, Benjamin Guttmann, President of the European Union of Jewish Students (EUJS) presented the advocacy work of his organisation on behalf of Jewish students across Europe, including important achievements such as the adoption of the IHRA working definition of antisemitism by the European Youth Forum and its newly published guide on supporting Jewish students on campus. 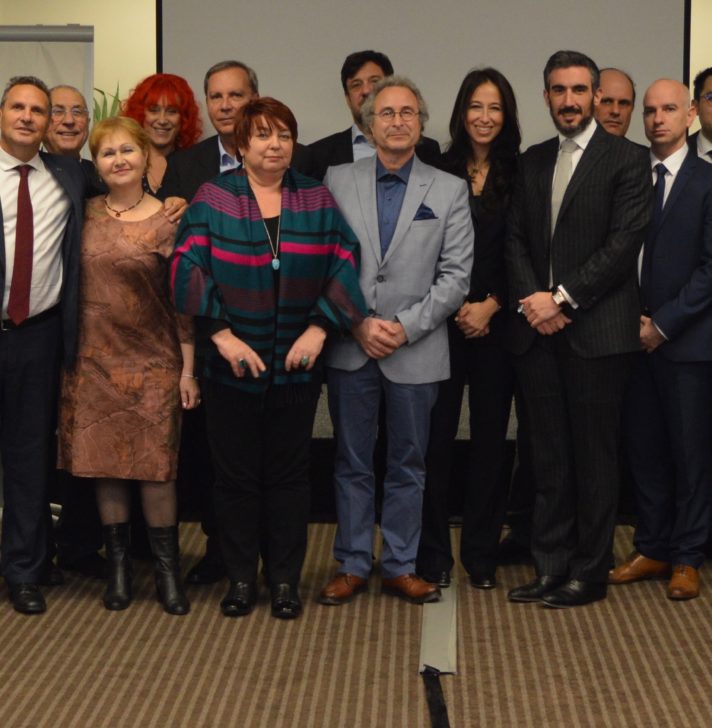 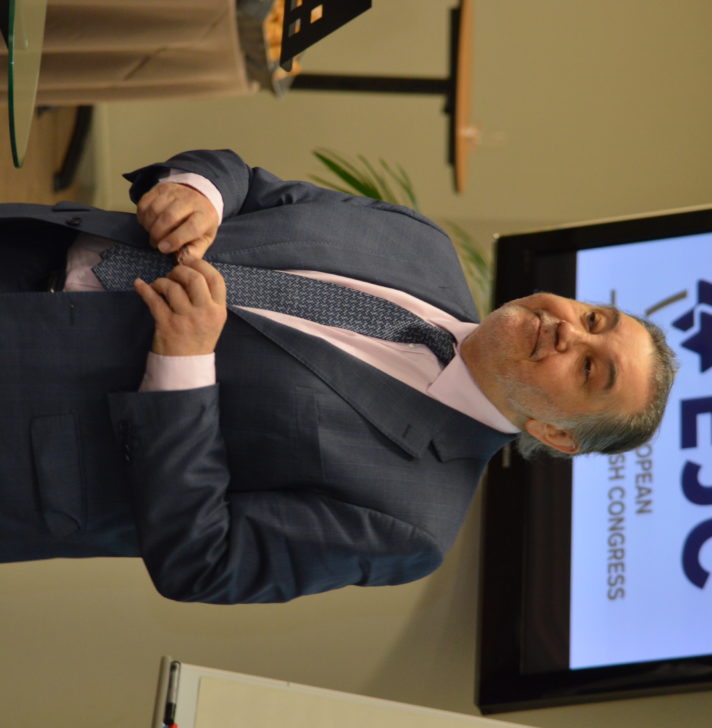 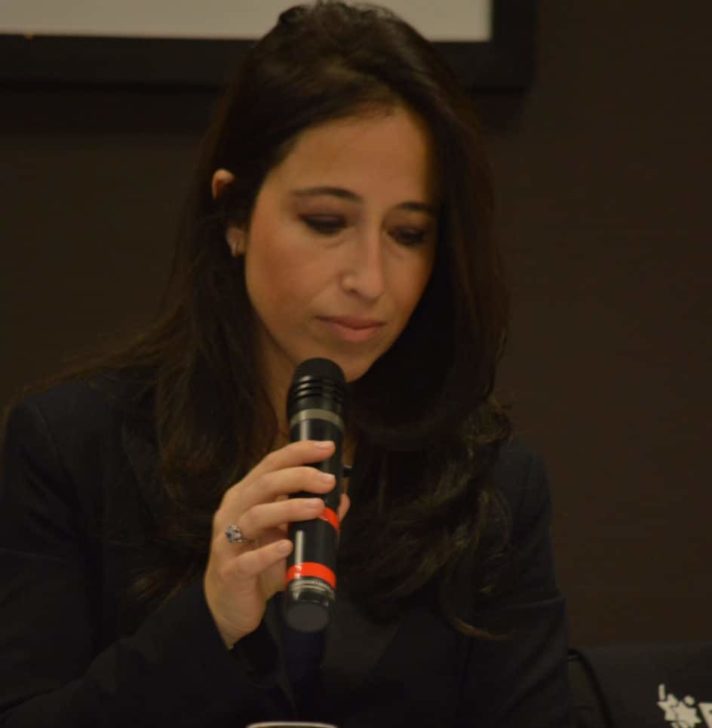 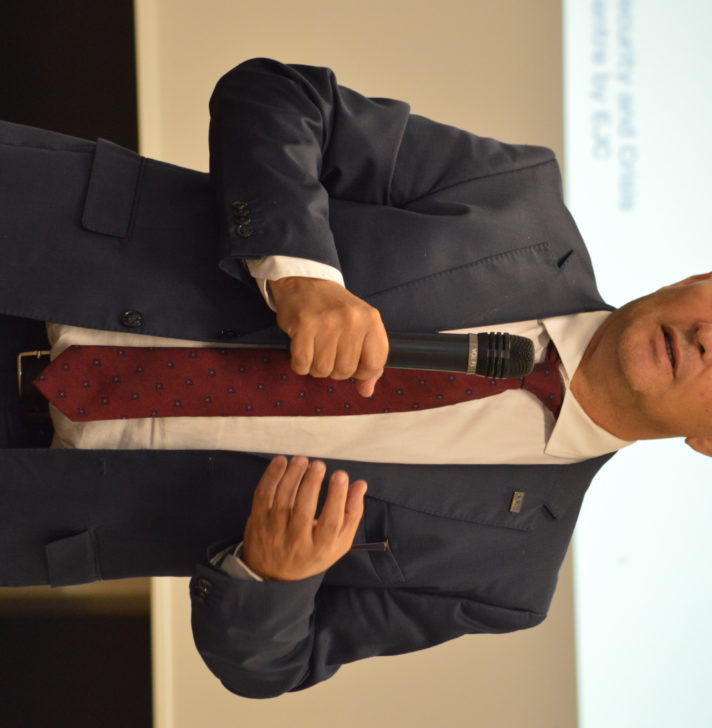 EJC Executive Vice-President and CEO Raya Kalenova will take part in a conversation with the Representative Council of Jewish institutions in France (Crif) on the challenges of European Jewish communities after the crisis on 19 May 2020 at 6pm CET.
Read more
Events & Meetings

The European Jewish Congress was represented by Raya Kalenova, Executive Vice-President and CEO at a ceremony honouring David Saltiel, President of the Central Board of Jewish Communities in Greece (KIS) with the medal of the Grand Commander of the Order of the Phoenix, by H.E. Mr. Prokopios Pavlopoulos, President of the Hellenic Republic.
Read more

EJC President Dr. Moshe Kantor has written to the President of the Portuguese Parliament calling on him to ensure that a law passed in 2013 which provides Sephardi Jews with the possibility to apply for Portuguese citizenship is not harmed by recent attempts to pass amendments which would damage the applicability, intention and spirit of the original law.
Read more

EJC President Dr. Moshe Kantor said that already in the first few months since the global breakout of the coronavirus, there has been a rise in antisemitic manifestations relating to the spread of the disease and the economic recession triggered by the pandemic at the release of the Antisemitism Worldwide Report 2019. The total number of major violent incidents monitored in 2019 was 456, an 18% rise from 2018.

EJC President Dr. Moshe Kantor announced a series of important measures to provide support and assistance to Jewish communities and other people in need to mitigate the effects of the coronavirus crisis.