EJC Executive Vice-President and CEO Raya Kalenova addressed the Halle attack commemoration ceremony hosted by the Permanent Representation of the Federal Republic of Germany to the European Union and organised in partnership with the European Jewish Congress and B’nai B’rith International.

The event marked the anniversary of the attack by a far-right extremist on the Synagogue in Halle, Germany on  Yom Kippur, Unable to gain access to the synagogues, the gunman proceeded to murder two innocent bystanders.

In her address, Raya Kalenova welcomed the pledge by the German Federal government to strengthen the security of synagogues and Jewish communal buildings across the country and named it an example for the rest of Europe. She also expressed the EJC’s gratitude that the current German presidency of the European Council put the issue of combatting antisemitism as one of its priorities.

‘The fight against antisemitism and extremism is one of the greatest challenges of our generation. That is why this issue must remain raison d’état, not only for the sake of Jewish communities, but also for the sake of Germany, its values, institutions and democracy and for the sake of Europe. We are confident that Germany will continue do everything possible to rise to this challenge’ Ms.Kalenova said.

In his remarks, H.E. Martin Kotthaus, Ambassador of the Federal Republic of Germany to the Kingdom of Belgium, reiterated Germany’s commitment to preserving Jewish life and fighting antisemitism in all its forms.

“Words are not sufficient, actions are needed by the authorities and by us.  Each and every one of us has to stand up against daily antisemitism and racism. If we see someone being attacked or harassed, it is not the moment to stay quiet, but to stand up,’ he declared.

‘The state has to act as well. In Germany, 22 million euros have been invested in order to better protect places of worship, such as synagogues. Programs that support the improvement of safety and the protection of places of worship have been started within the European Union, trans-border cooperation is improving,’ he added.

The event was also addressed by Alina Bricman Director of EU Affairs at B’nai Brith International, and finished by a minute of silence in honour of the victims of the Halle attack.

You can watch the recording of the event here : 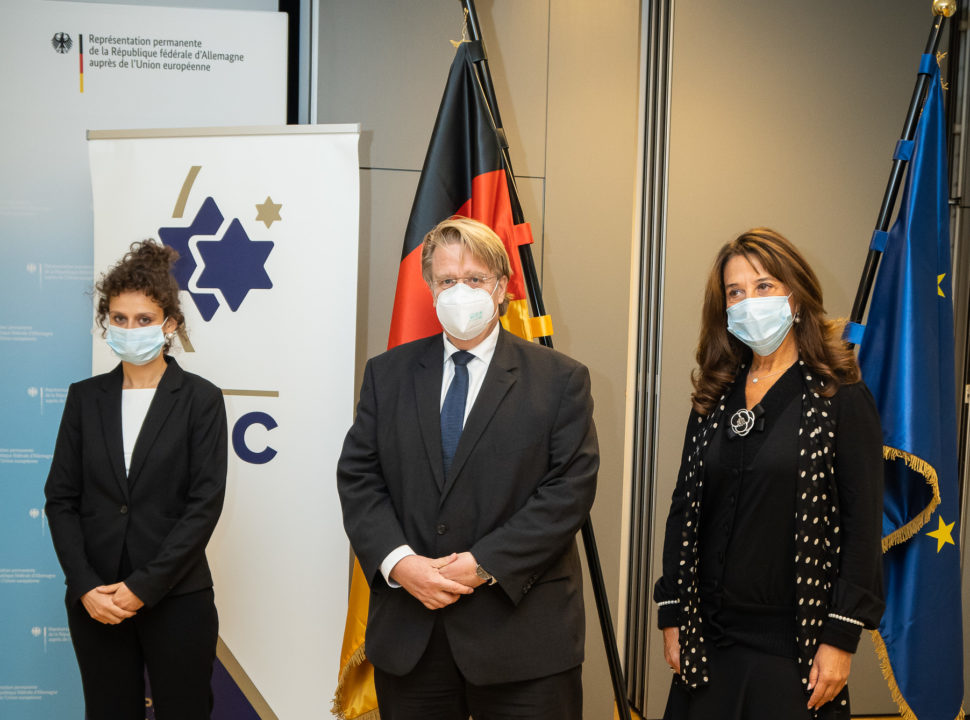 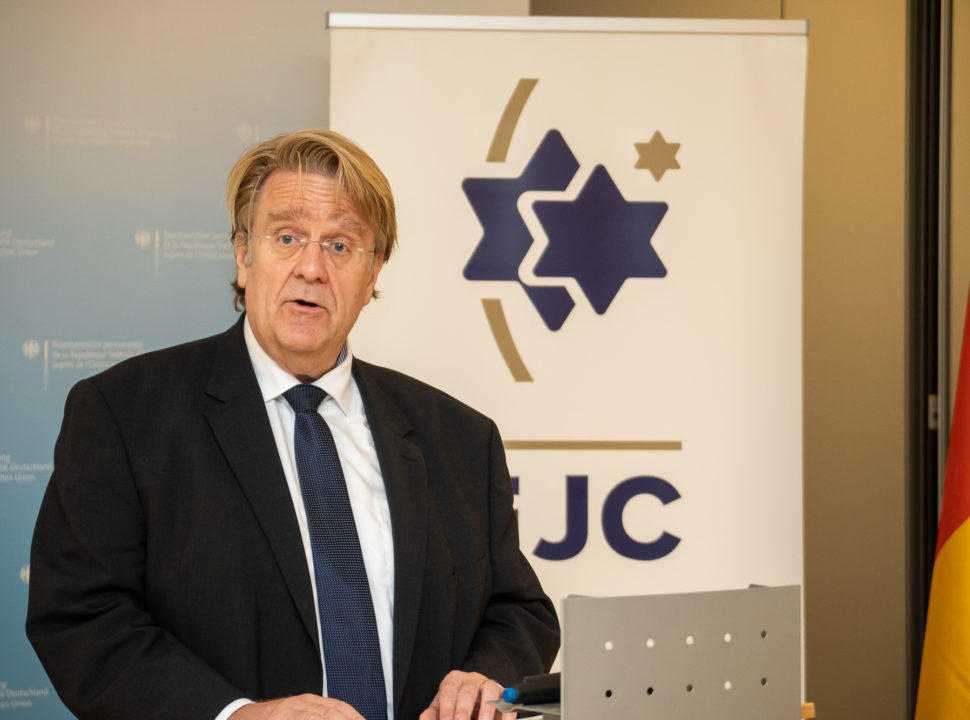 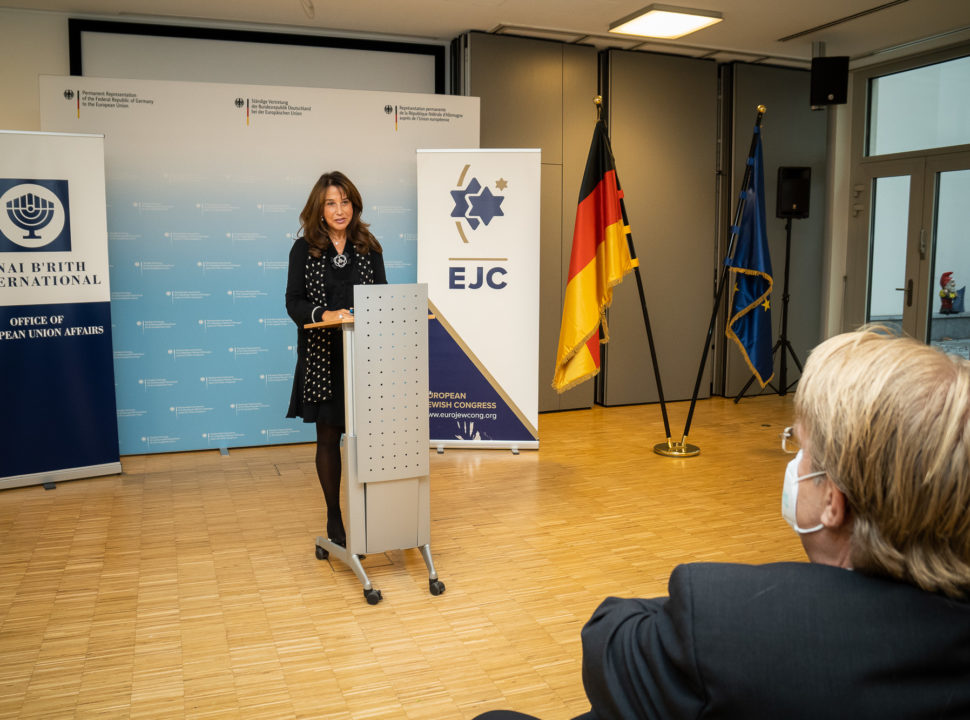 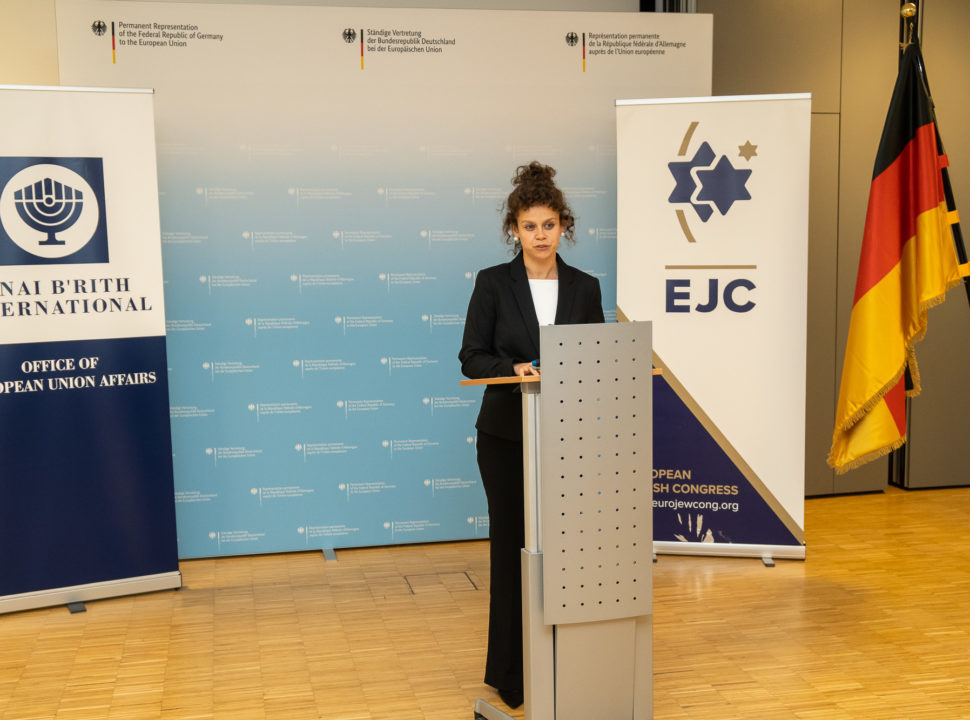 The Executive Committee of the European Jewish Congress held its first meeting of the new term following the 2020 General Assembly.

EJC Executive Vice-President and CEO Raya Kalenova addressed the conference "Antisemitism online –The role of prevention and education in tackling antisemitic hate speech", organised by the German Presidency of the Council of the European Union.

EJC Executive Vice-President and CEO Raya Kalenova addressed the Halle attack commemoration ceremony hosted by the Permanent Representation of the Federal Republic of Germany to the EU and organised in partnership with the EJC.