Members of the European Parliament,

Distinguished representatives of the European institutions,

Leaders and representatives of the Jewish communities of Europe,

The great Jewish philosopher Maimonides once wrote: “If a man finds that his nature tends to the extremes, he should turn back and walk in the right way”.

I believe this is an essential lesson in life: moderation is the right way.

History has taught us that whenever humanity forgot this, the result was – catastrophe.

The Shoah, the murder of six million Jews, was the worst manifestation of extremism.

It all began with populist slogans: “Germany, wake up!”, “We are the destiny of the Nation” and, of course, “the Jews are our misfortune!”

At first, these were just words filled with hatred and dark intentions – But they were also a theory that still had to be put to practice.

But the first large-scale experiment was Kristallnacht.

On the night of November 9th 1938, 267 synagogues were destroyed and over 7.000 Jewish businesses were attacked.

People saw their Jewish neighbours lose everything in one night. And nobody protested.

Only one year later, the second experiment took place: the tragedy of the St. Louis.

A ship full of Jewish refugees sailed out of Nazi Germany and not one country was willing to take them – Not the United States, not Canada, not Cuba.

Several civil society organisations, both Jewish and non-Jewish – together with diplomats and churches – begged governments to save them.

Not one country did and the St. Louis was forced to sail back to Hamburg.

254 of the passengers were murdered in Auschwitz and Sobibor.

The tragedy of the St. Louis showed the Nazi regime that governments were not going to move one finger to prevent the extermination of the Jews.

Having made certain of the world’s indifference, the Nazis set out to build a machine of destruction.

In Germany, they bought popular support by spending large sums of money – financed by political and economic violence.

There were 938 Nazi concentration and death camps in total.

12 million people were forced to work there. 12 million slaves, with more than 4 million Jews among them.

Built on inhumanity, this was the most profitable enterprise in the history of humankind.

For example, only in the Lodz ghetto, the Germans established 96 plants and factories that produced goods for the war effort, profiting off the misery and the slave labour of Jews.

Dispossessing, enslaving and murdering the Jews meant taking over their resources, their labour and, finally, their lives.

Murder and horror were the means of production – in order to finance the conquest of the whole continent.

The continuous murder of Jews in the camps kept all prisoners under enormous pressure.

Only the unity of the Allies could end Nazism.

The world’s major powers came together to put an end to this evil and liberated the camps.

The first camp to be liberated was Majdanek, on July 23rd 1944 – As the Soviet army approached, the Nazis attempted to demolish the camp to hide their crimes.

In the next six months, the Red Army also liberated Belzec, Sobibor, Treblinka and Auschwitz.

There, alongside 7.000 starving prisoners, they discovered hundreds of thousands of men’s suits, and more than six tonnes of human hair – the remains of more than a million victims.

American forces liberated Dachau, Mauthausen and Buchenwald, where local resistance saved many lives by delaying evacuation of the camp.

Finally, 9 other major camps were liberated by allied forces, including France, Canada, Poland and the United Kingdom.

The British army liberated Bergen Belsen, where even after liberation, 14.000 people died because they were sick and malnourished.

The worst crime in human history only ended when the world united to put an end to it.

Today, many of the seeds that were planted before are being planted again: A bad economic situation, the scapegoating of minorities, ideas of extreme nationalism and a weak political center.

The masses are looking again towards dangerous populism.

Many slogans have also returned: politicians claim to speak “in the name of the people” and to denounce their adversaries as “enemies of the people”.

In this new populist wave, the Jews are being scapegoated and victimised again.

According to a recent shocking poll by CNN, nearly one in five Europeans believe that antisemitism is a response to the behaviour of Jews – and one third knows nothing at all about the Holocaust.

Moreover, according to a report by the Fundamental Rights Agency, 38% of European Jews consider emigrating from Europe because they do not feel safe.

Make no mistake, the old demons of antisemitism never left. They are only joined today by new manifestations.

Luckily, thanks to this Jewish state, a tragedy like the Shoah will not repeat itself.

Jews have been loyal, law-abiding and hardworking citizens, and hold strongly to the rabbinic saying that “The law of the land is the law.”

Whether in medicine, science, technology or the arts, – from Mahler to Chagall and Rothko – from Spinoza to Hannah Arendt and Simone Weil – from Einstein to Francois Englert – we have contributed to our societies as proud Europeans.

Today, in the home of European democracy, as we remember all the victims of the Holocaust: Jews, Roma, LGBTI, disabled and all others, I want to call you to action.

We must use this opportunity to prepare for the upcoming battle against the extremism infecting our continent again.

We need to work together, united, to rebuild support for a strong European political center.

Europe must never again fall to the extremes.

It must be a center of moderation, of security, and of tolerance.

This is the right way.

Finally, I would like thank to President Tajani, who always supports our mission, and to the European Parliament Working Group on antisemitism, our partner in this event and especially to Chair Heinz K Becker MEP and the Vice-Chairs. Thank you. 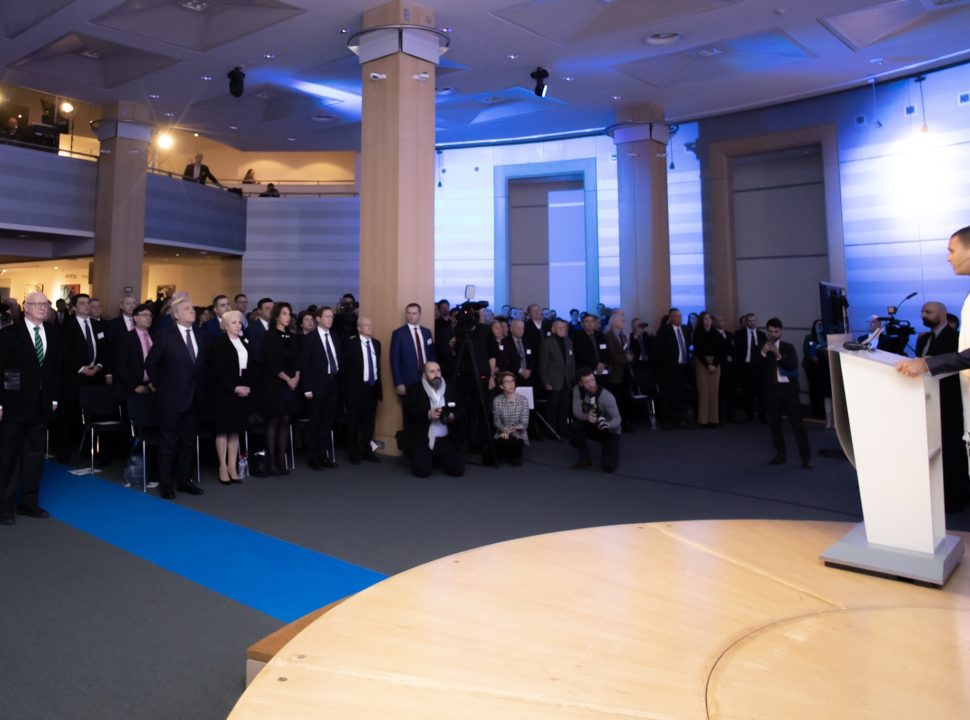 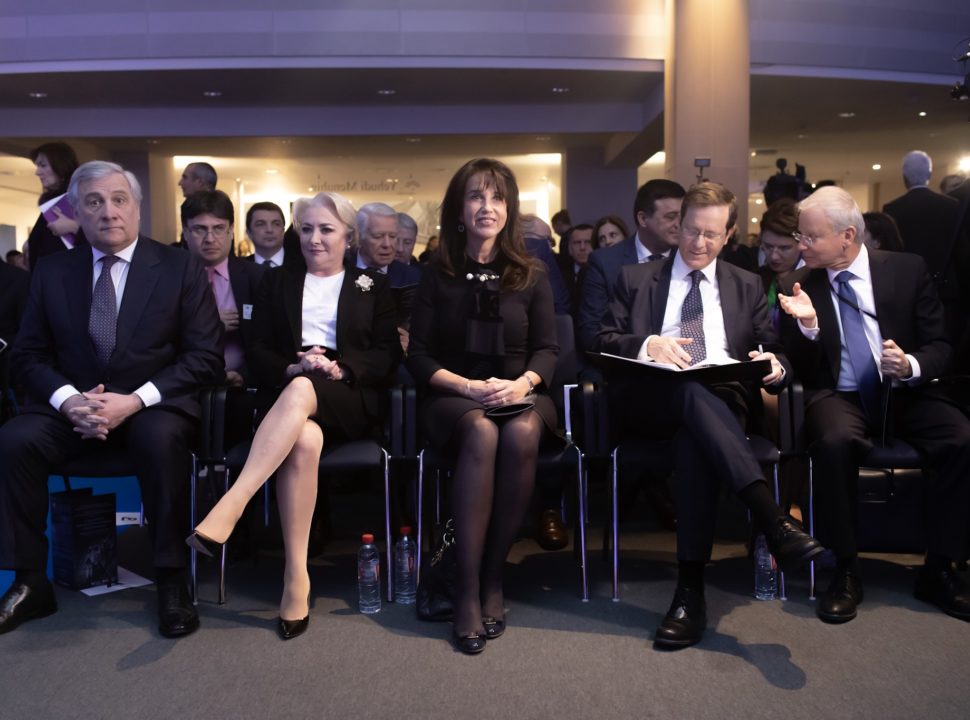 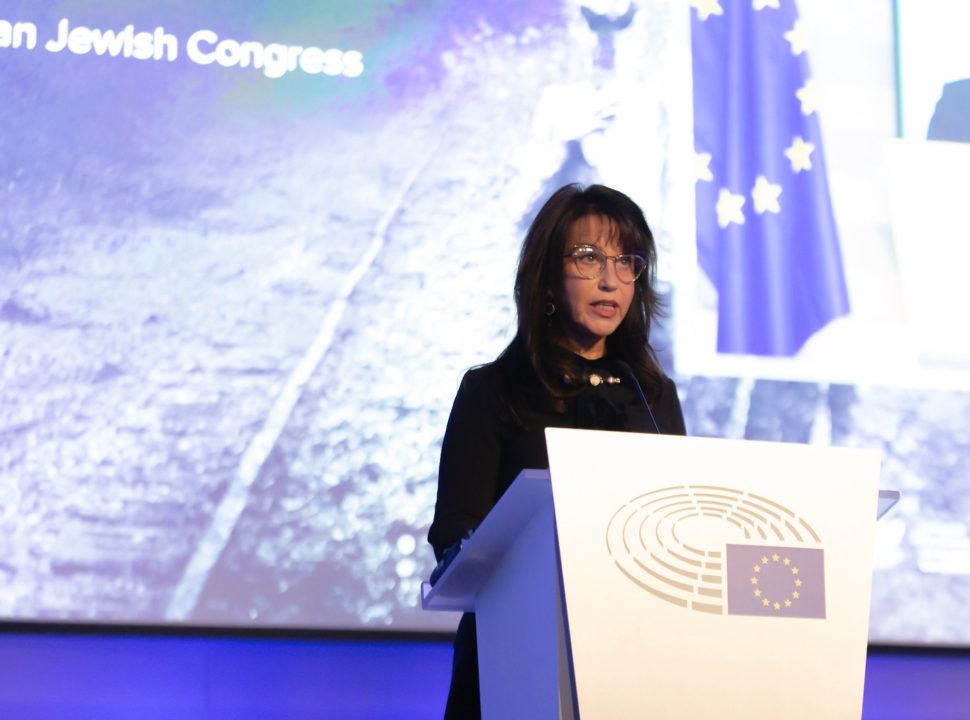 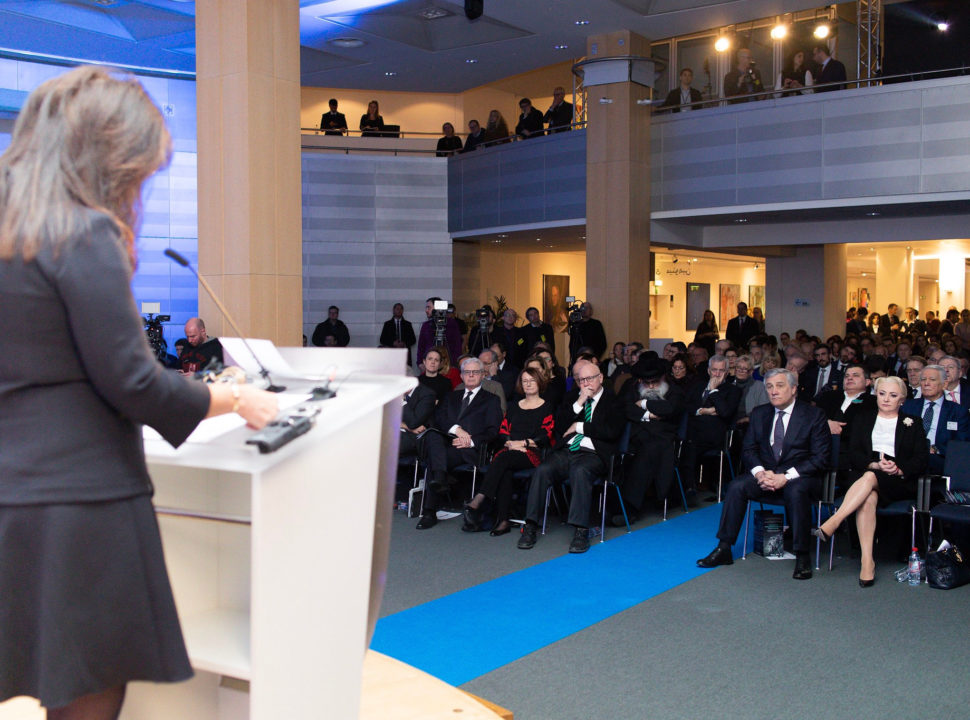 For the first time since Israel and Morocco resumed ties, 🇲🇦 commemorated #HolocaustRemembranceDay

The ceremony expressed the deepening of relations between the countries after the signing of Abraham Accords & strengthens their relationship for the benefit of future generations.

We are saddened and disgusted by the antisemitic vandalism that defaced the Holocaust memorial in Helsingborg, Sweden, commemorating the life and deeds of Raoul Wallenberg.

Glad to see it was strongly condemned, and that the incident is being investigated.

Our warmest congratulations to the prefect Giuseppe Pecoraro for his appointment as the new 🇮🇹 Coordinator for the fight against antisemitism.

Thank you @MilenaSanterini. We appreciate all your efforts and determination to bring an end to antisemitism.
https://eurojewcong.org/news/communities-news/italy/italy-appoints-national-coordinator-for-the-fight-against-antisemitism/

The EJC condemns the deadly terrorist attacks in Jerusalem over Shabbat, one of which specifically targeted worshippers attending a synagogue on the Jewish day of rest.

On the 78th Anniversary of the Liberation of Auschwitz, EJC President warns that the critical lessons of the Holocaust are being forgotten