EJC and European Commission host screening of the film NANA

The European Jewish Congress partnered with the European Commission to host a screening of the film NANA on Wednesday, January 24 2018 at the Centre for Fine Arts in Brussels (BOZAR).

NANA is a feature-length  documentary dealing with the important issue of transmitting the memory of the Shoah to the next generation.

The Producer and Director of the film, Serena Dykman, retraces the story of her grandmother, Maryla Michalowski-Dyamant, a woman with an extraordinary personality and remarkable strength, who survived Auschwitz and dedicated her life after World War II to fighting intolerance and inequality.

In her opening remarks, EJC Executive Vice-President Raya Kalenova welcomed viewers to the screening and noted: “We can only fully commit to remembering those who were taken from us if we stand up against today’s injustice, including the many attacks on Jewish life in Europe. It is shameful that in today’s Europe, Jews are still being persecuted and killed for being Jewish.”

The screening was followed by a panel discussion featuring First Vice-President of the European Commission, Frans Timmermans, renowned historian Prof. Simon Schama and the producer and director of the film, Serena Dykman. The panel was moderated by Chief Executive of the Board of Deputies of British Jews (BoD) Gillian Merron.

Among other things, the panel discussed the common responsibility of Europeans to never forget the lessons of the Shoah: “The European Union was born in Buchenwald. Hatred of Jews is today exploited for political gain. If we stay silent on that, the European project will fail.” said First Vice-President Timmermans.  “We need to teach people at a young age. This is not only the story of the Jews, it belongs to humanity as a whole”, added Serena Dykman.

Addressing the issue of the proliferation of fake news, Prof. Schama stated: “You have to shout ‘Lie!’ as loud as you possibly can […] Tearing down the fabric of sinister mythology is not easy.”

This is the second consecutive year that EJC partners with the European Commission in order to present important films on the topic of Holocaust remembrance.

You can watch footage of the panel discussion here. 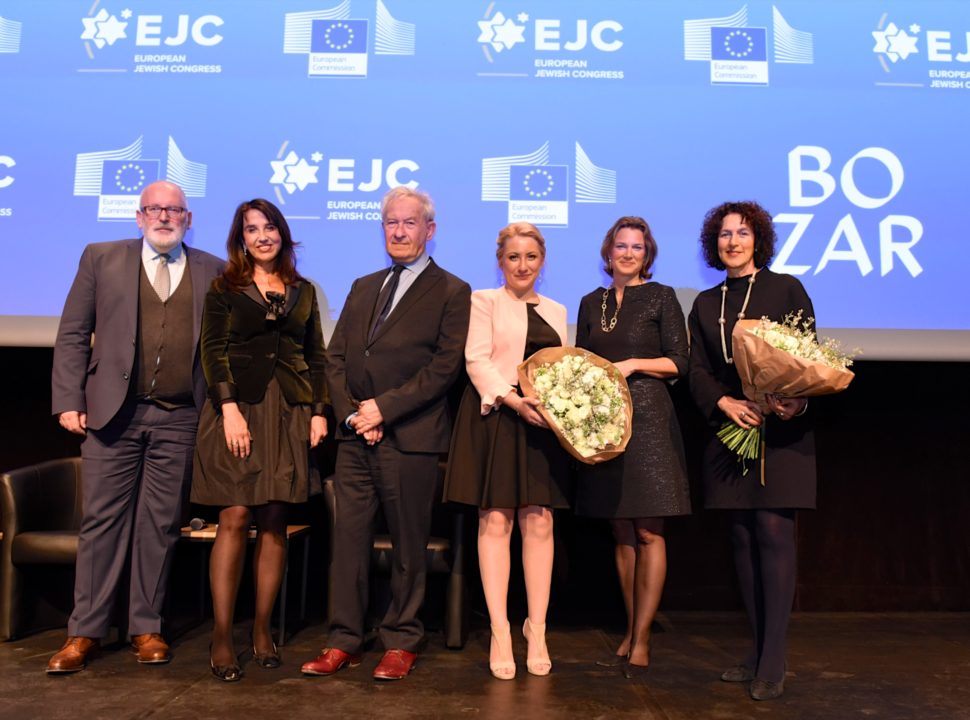 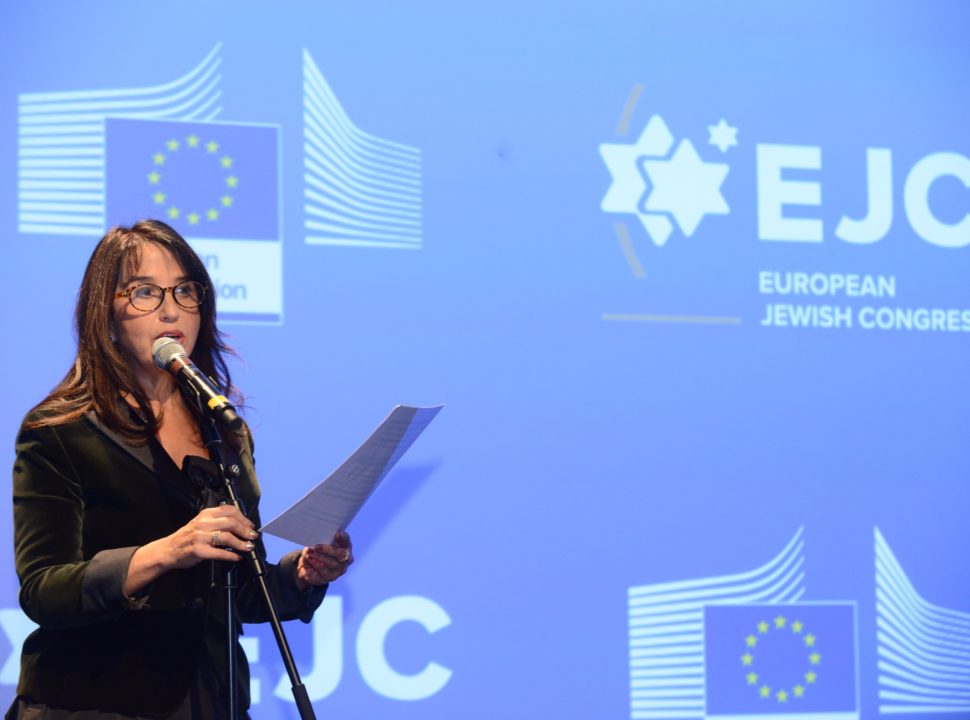 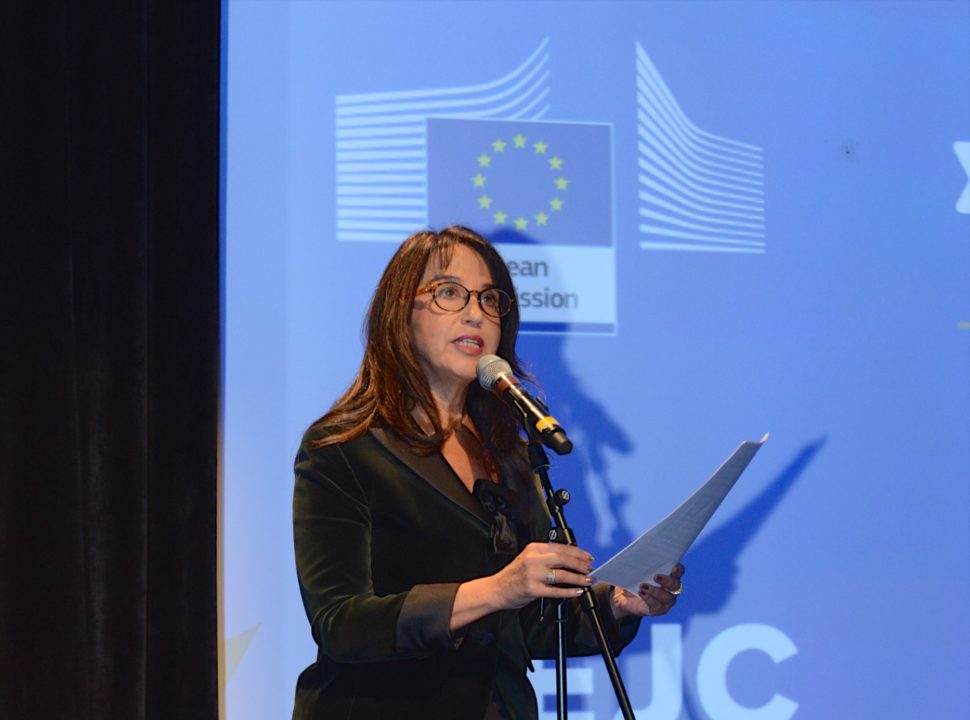 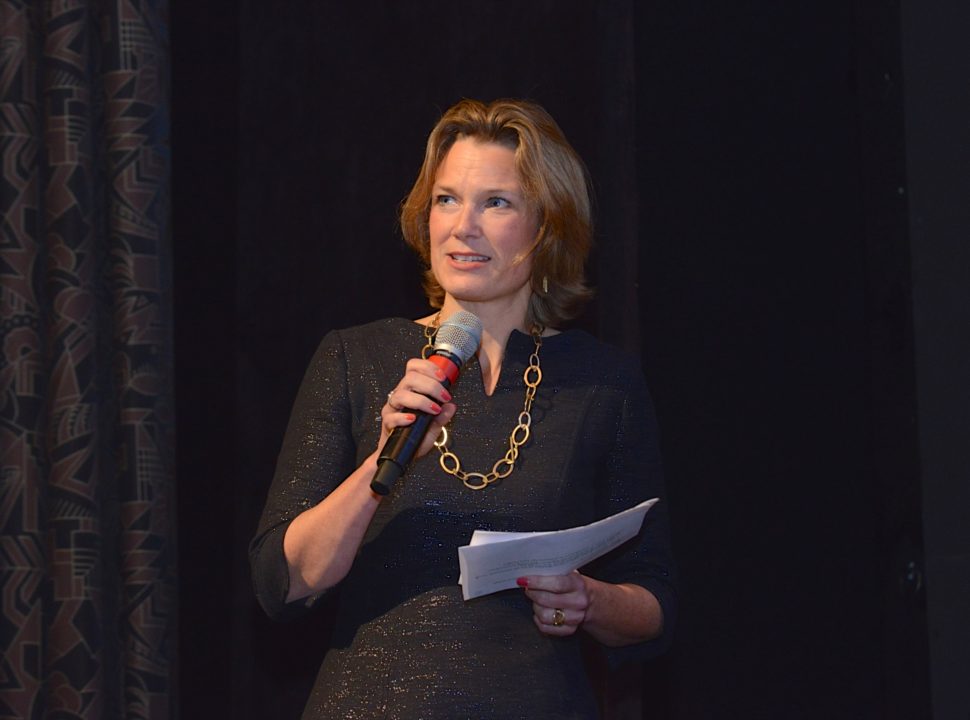 Have a wonderful weekend💛

Even though most textbooks in the Middle East and North Africa are filled with antisemitic tropes and calls for violence against Jews, important steps are being taken in 🇸🇦 to tackle Jew-hatred.

We welcome @IMPACT_SE report on reforms in Saudi textbooks.
https://www.jpost.com/diaspora/antisemitism/article-710756

🇪🇸 The @fcjecom and @unicomplutense have launched the Simone Veil Extraordinary Chair for the prevention of Racism, Antisemitism and the promotion of interculturality.

The objective is to promote freedom, democracy, equality and respect for human rights.
https://eurojewcong.org/news/communities-news/spain/fcje-and-ucm-launch-simone-veil-chair-for-the-prevention-of-antisemitism/