EJC President Dr Moshe Kantor was bestowed with the Grand Decoration of Honour in Gold for Services to the Republic of Austria, the country’s highest honour, at a ceremony held at the Lichtenstein Palace in Vienna.

Wolfgang Sobotka, President of the Austrian National Council, Austria’s lower house of parliament, presented Dr Kantor with the decoration for “his efforts in the fight against antisemitism, racism, extremism and intolerance and for greatly contributing to preserving the memory of the Shoah and revitalizing Jewish life in Europe.”

“Dr. Moshe Kantor is a visionary Jewish leader and humanist who has led the European Jewish Congress since 2007. From this position, he has led the fight against antisemitism and extremism, promoted Jewish culture, and interfaith dialogue, and advocated for a more tolerant Europe free from all forms of prejudice,” said Mr. Sobotka in his laudatio of Dr Kantor.

“He is not only a Jewish leader, but a serious and innovative thinker of the societal challenges of our time. Moshe Kantor is at the forefront of not only the fight against antisemitism and all kinds of extremism, the essential task of preserving the memory of the Shoah for future generations, but also questions of global security, tolerance and nuclear non-proliferation,” he added.

Throughout his life, Dr Moshe Kantor has devoted his energy not only to the wellbeing of Jewish communities, but to the promotion of European values and the betterment of European society”

“Dear Dr Kantor, in honour and recognition of your numerous outstanding achievements, I am honoured to present you with the Grand Decoration of Honour in Gold for Services to the Republic of Austria.”

Replying to Mr. Sobotka’s remarks, Dr Kantor said:”When someone is presented with a decoration, the first question that comes to their mind is whether to accept or not. For me, the answer to this question depends on whether the Jewish community is happy, and whether it feels that I have served its interests faithfully.”

“In the case of Austria, I did not hesitate for even one second whether to accept it or not, he added, “first of all, the Austrian Jewish community is very close to our hearts.”

“Today, Jews in Austria feel at home, that they are integral part of Austrian society, and that their concerns are taken into account. I would like thank the government of Austria for the most comprehensive response to secure and promote Jewish life,” he continued.

“I thank the Federal Republic of Austria for such a prestigious decoration, which I will forever treasure.”

“I pledge that I will not miss any single opportunity to serve not only the interests of the Austrian Jewish community, but those of the entire Austrian society,” Dr Kantor concluded.

The Grand Decoration of Honour in Gold is Austria’s highest honour and has been bestowed on various monarchs, including Britain’s Queen Elizabeth II, Sweden’s King Carl XVI Gustaf and Queen Silvia, as well as international leaders and fighters against racism, such as the late French president Jacques Chirac, and former Nazi hunter Simon Wiesenthal. 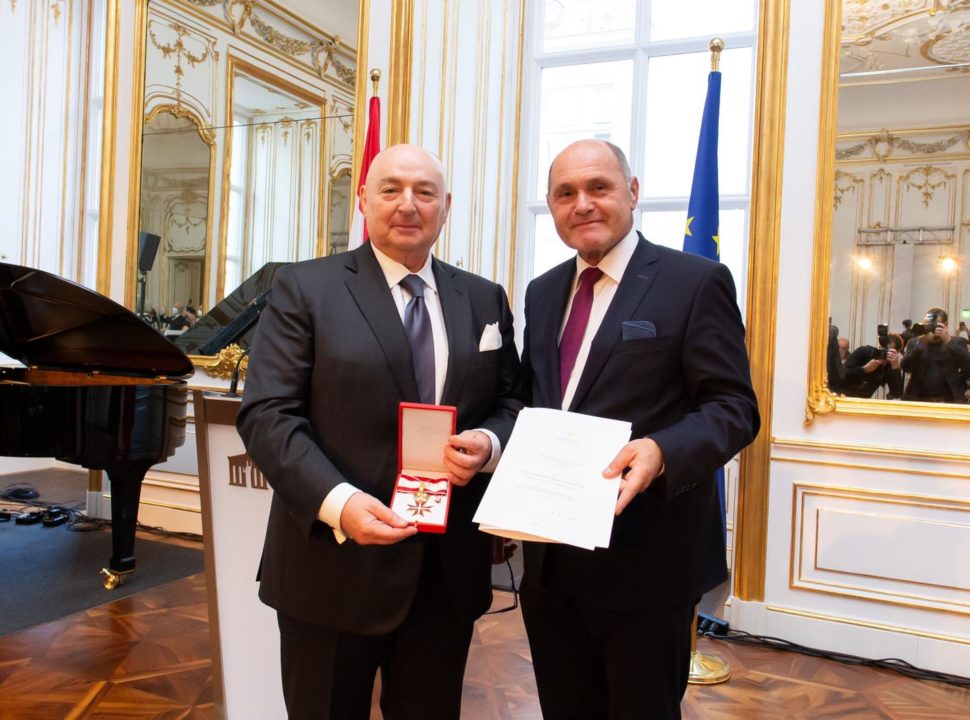 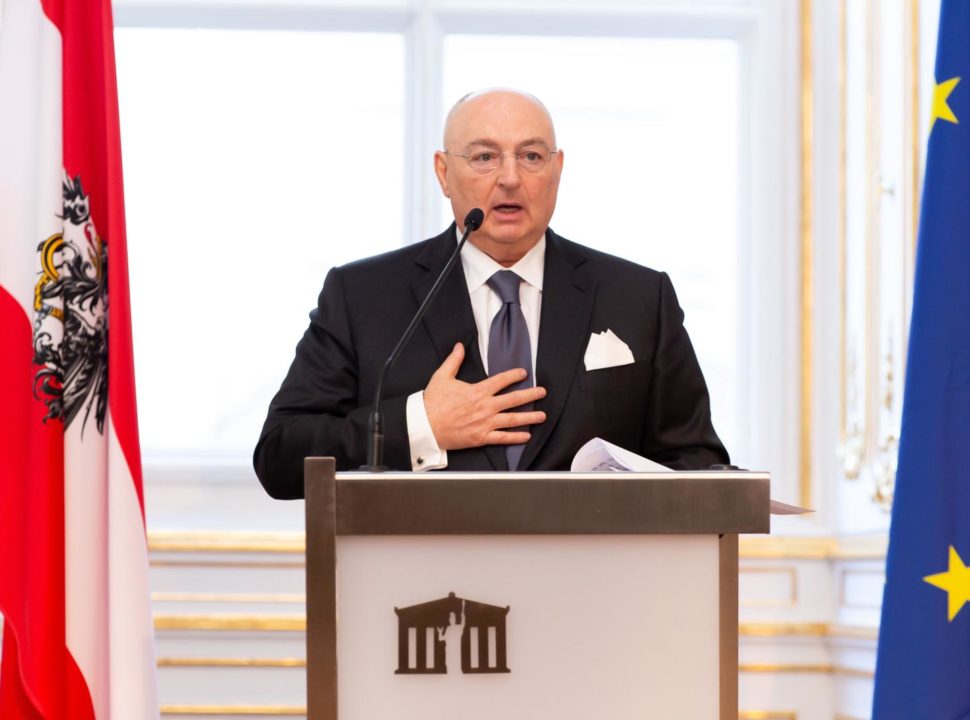 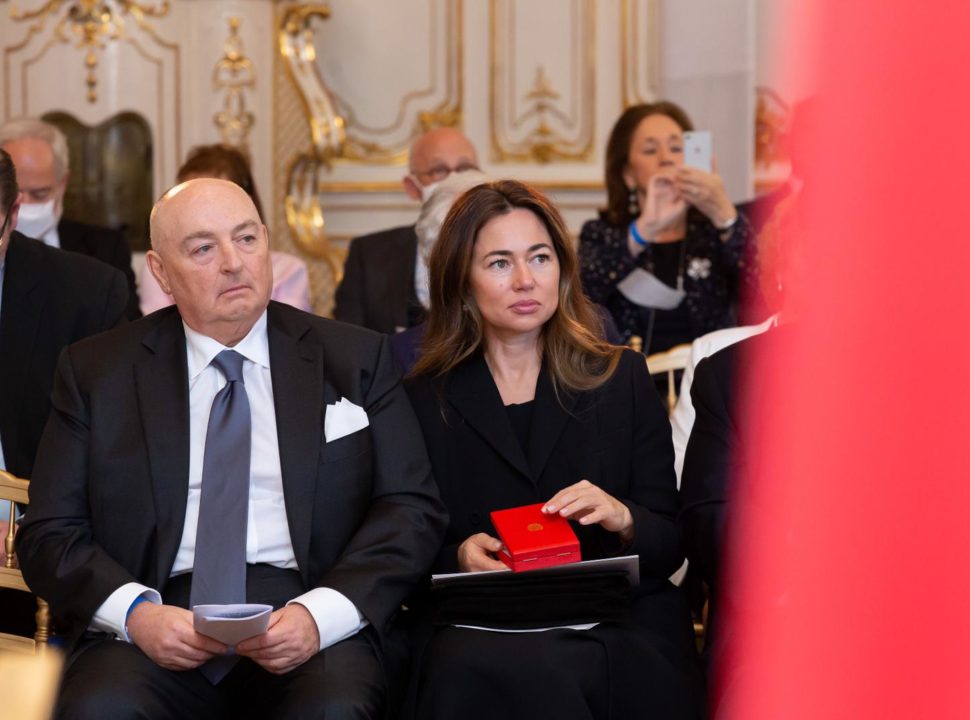 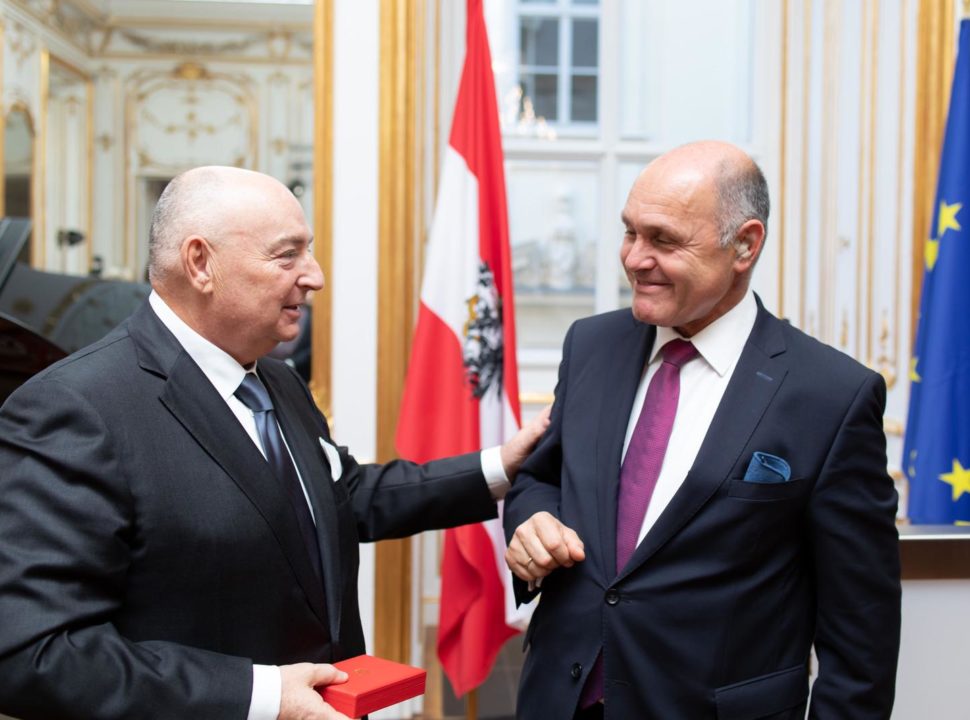 A musical manuscript handwritten by Ludwig van Beethoven is getting returned to the heirs of its Czech Jewish owner, who fled the country to escape the Holocaust.

A restitution law on property stolen by German Nazis made the return possible. https://eurojewcong.org/news/communities-news/czech-republic/czech-museum-to-return-original-beethoven-score-to-family-that-fled-holocaust/

Israel's national anthem played at Bahrain’s Al-Qudaibiya Palace as Israeli President @Isaac_Herzog was welcomed during his historic trip to the region.

The Abraham Accords ushered in a new era of prosperity and peaceful coexistence in the Middle East.

Office of the President of Israel @IsraelPresident

🇳🇴 is the first country in Europe to complete Stolperstein's installation to remember all the Jews killed during the Shoah https://eurojewcong.org/news/communities-news/norway/norwegian-jews-commemorate-deportation-to-concentration-camps/