Jewish settlements in Ukraine can be traced back to the 8th century, when Jewish refugees from the Byzantine Empire, Persia and Mesopotamia, fleeing from persecution by Christians throughout Europe, settled in the Khazar Khaganate. By the 11th century, the Byzantine Jews of Constantinople had familial, cultural and theological ties with the Jews of Kiev. During this era, Kiev reached a peak of cultural bloom and military power.

In 1016, during the rule of Yaroslav the Wise, the ‘Grand Prince of Russia,’ one of the city’s three gates was called Zhydovski, the “Jew’s Gate.” While at times the Jewish community in the Ukraine flourished, at other times it suffered periods of persecution and anti-Semitic discriminatory policies.

During the Polish-Lithuanian Commonwealth period (1569-1795), Jews in Ukraine were one of the country’s largest and most important ethnic minority groups. But as they prospered, antisemitism flourished. The Cossack Uprising followed by the Swedish War in 1648-1658 left a bitter, lasting impression on the Jewish social and spiritual life because of their sequel of Jewish massacres.

The teachings of Israel Ben Eliezer, known as the ‘Baal Shem Tov’ (1698-1760) profoundly influenced the Jews of Eastern Europe with his introduction of the Hasidic movement. The rise of Hasidic Judaism promoted the development of Jewish life in Ukraine.

In the 19th century, Ukraine, as a part of the Pale of Settlement, was densely populated with Jews, who had always played a prominent role in the development of commerce and industry in the region, especially in Kiev, Odessa and Kharkov. Many of the most famous Jewish personalities of the modern age were born there.

The anti-Semitic policies of the Russian emperor Alexander III tightened restrictions on where Jews could live in the Pale of Settlement and restricted the occupations that Jews could attain. The pogroms of 1881 and policies under both Alexander III and his successor, Nicholas II, encouraged some Jews to emigrate to the United States at the end of the 19th century and at the beginning of the 20th century.

Before World War II there were four Jewish autonomous districts in the southern part of Ukraine and in the Crimea. During the war more than half the Jews were murdered by the Nazis. The collapse of the Soviet Union and the development of an independent Ukraine set the stage for the renaissance of Jewish life. However, the precarious economic situation has been a decisive factor for the Aliyah of Ukrainian Jews.

During World War II and the Holocaust period over a million Jews were killed by the Nazis and some local Ukrainian supporters all around Ukraine. The Jews of Ukraine account for a great proportion of the Soviet victims of the Holocaust, with the worst massacre taking place at Babi Yar outside Kiev. During 1941–43 more than 100,000 Jews were killed in Babi Yar.

In the 1990s, many Ukrainian Jews emigrated to Israel. In spite of this Aliyah, the Jewish community of Ukraine is today the fifth largest in the world (after the United States, Israel, Russia and France). At present about 360,000–400,000 Jews live in Ukraine. The Jewish population of Ukraine is mainly concentrated in Kiev (110,000), Dnipropetrovsk (60,000), Kharkov (45,000) and Odessa (45,000). Jews also live in many small towns. Western Ukraine has only a small remnant of its former Jewish population, with Lvov and Chernovtsy each having only about 6,000 Jews. The majority of Jews in modern Ukraine are native Russian and Ukrainian speakers, and only some of the elderly citizens speak Yiddish as their mother tongue. In 1926, 76.1% considered Yiddish to be their native language. The average age is close to 45.

The Confederation financially supports different Jewish educational projects and religious programmes. Among the Confederation’s priorities is securing the return of nationalized Jewish property. One of main programmes of the Confederation is the International Fellowship Kyiv Center for Jewish Elderly. The centre is the first non-governmental senior housing initiative in Ukraine as well as in the former Soviet Union. Opened in September 2003, the centre, a six-storey 7,000m2 building, provides a combination of shelter and support services for the elderly. Most of the seniors who benefit from the home are impoverished Holocaust survivors for whom the centre offers a standard of care previously unknown to them. The project in future will set an example for others to follow. The Larisa Rodnianskaya Community Center, which operates next to the main Kiev synagogue, features a hotel, kosher restaurant, mikvah and multi-functional hall.

There are about 75 Jewish schools in Ukraine located in 45 cities. The Kiev Jewish Gymnasium Orach Chaim #299, opened in 1990 and licensed by the State Educational Authorities, was the first Jewish secondary school in Ukraine after World War II. Summer camps are the most popular projects of informal Jewish education among Jewish youngsters in Ukraine. The Ronald S. Lauder Summer Camp Shuva for school children and college students, is located at a picturesque resort site in the Kiev region. Since 1990 over 300 Jewish school children and students from Ukraine, Israel, Europe and America have spent their summer vacation in the camp.

The Midrasha Zionit Educational Center for Adults offers opportunities for young adults to study Jewish identity and heritage through special classes, enabling more Jews to be involved in Jewish life. About 200 university students attend the Ukrainian Jewish Student Center where they receive an array of services such as lectures in Judaism, Jewish history and culture, various Jewish holiday activities, Shabbatons, weekend tours around Jewish places in the Ukraine and Kiev region.

Several newspapers and journals are published, including the following newspapers: Hadashot, Jewish Observer, Yevreiskie Vesti, Vozrozhdenie XXI vek among many others.

Since 1990, Jewish life in Ukraine has begun to revive. Many Jewish communities in various cities and towns have been restored. Renovated synagogues are in operation enabling Jews to observe Jewish life and traditions. The main Kiev synagogue located in Podol was returned to the Jewish community in 1945 and for 50 years was the only operational synagogue in Ukraine.

The main Kiev synagogue offers daily minyan for residents and visitors of Kiev, shabbatonim and holiday programmes, a kosher food and Judaica store, mikvah services and a matzah factory providing Jews across the former Soviet Union with matzah kosher for Pesach. It also hosts the headquarters of the Rabbinical Court of Ukraine and of the chief rabbi of Ukraine, Rabbi Yaacov Dov Bleich.

Beith Yaakov Shul or Galitskaya Synagogue, built in 1909 and used for more than 50 years as a factory cafeteria, is also among the Jewish communal buildings returned to the revived Jewish community of Kiev in 2001 and then renovated in 2004. The Orach Chaim Israeli International School – Cheder Orach Chaim for ages 4–12 years – makes it possible for children to study Judaism and receive a secular elementary education, providing an opportunity for local religious families to bring up their children in traditional Cheder.Yeshiva Orach Chaim, opened in 1995 as the first higher religious Jewish school for men, is licensed by the Ukrainian government and enables religious men to study Torah and Jewish Laws.

At present there is a growing tendency among Jews from various countries to visit Ukraine on a ‘roots trip’ to follow the footsteps of Jewish life there. The most popular place for visits is Uman, where the burial place of Rebbe Nachman of Breslov is located. Among places of interest there is also Kiev, where it is possible to trace the paths of Sholem Aleichem and Golda Meir; Zhytomyr and Korostyshiv, where one can follow the steps of Haim Nahman Bialik; Berdychiv, where one can trace the life of Mendele Mocher Sforim; Rivne, where one can follow the course of Amos Oz; Buchach, the path of S. Y. Agnon; and Drohobych, the place of Maurycy Gottlieb and Bruno Schulz. 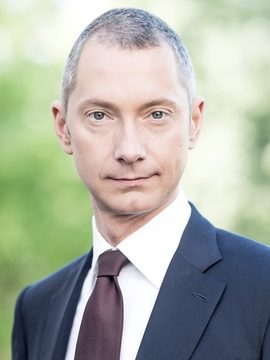 A new synagogue opened in Babyn Yar, the park in the Ukrainian capital of Kyiv commemorating a ravine where the Nazis and their collaborators murdered more than 30,000 Jews.

In honour of the 80th anniversary of the Babyn Yar tragedy, the Jewish Confederation of Ukraine (JCU) will publish a book on Righteous Among the Nations, who saved Jews during the Holocaust in Ukrainian territory, with the support of Yad Vashem.

Ukraine to let in vaccinated Israeli pilgrims for Rosh Hashanah

Ukraine will let in vaccinated pilgrims from Israel for Rosh Hashanah amid negotiations on Israeli deliveries of COVID-19 vaccines to Ukraine.