By around 1850 some 1,500 Jews lived in the two villages. It was not until 1866 that, after international pressure, Jews in Switzerland were granted the right to settle all over the country. New Jewish communities developed. Six years later, in 1874, the Jews were granted equality, with civil rights and duties enshrined in the federal constitution. Henceforth they were free to choose their abode and profession and were no longer subject to special discriminatory regulations. In the next decades, Jewish communities developed in around 20 towns and villages around Switzerland.

By the end of the 19th century Jewish life was flourishing in Switzerland. However, in 1893 the Jews suffered a severe setback when Swiss voters decided to introduce a ban on Shechita (the kosher killing of animals) in the federal constitution. As result of this vote, most Jewish communities in Switzerland decided to set up and become affiliates under a national umbrella organisation. In 1904, the Swiss Federation of Jewish Communities was established. One of its first goals was to generally protect and foster the common interests of Jews in Switzerland, and especially to fight against the ban on Shechita.

After the First World War, Jews in Switzerland came under severe threat from antisemitism, which became more and more severe in each decade that followed. After the beginning of the Second World War, Switzerland and its Jews were threatened by the Nazis, but luckily Switzerland never suffered Nazi occupation. Nevertheless, Switzerland’s policy in wartime gave grounds for a great deal of criticism for many years to come. After 1933 the Swiss authorities adopted a negative asylum policy against Jewish refugees. Despite the protests of churches, politicians and parts of the population, Jewish refugees were turned away and sent back.

The period after the Second World War in Switzerland was generally marked by a powerful economic upswing and major social changes. A more pluralistic Switzerland with a greater understanding for different faiths and ways of life emerged, and Jews in Switzerland gained acceptance as a well integrated minority.

At present, approximately 18,000 Jews live in Switzerland. They lead a very active religious, cultural and social life, particularly in urban centres such as Zurich, Basel, Berne, Lausanne and Geneva.

Jewish life in Switzerland has many facets. Besides religious and social activities it embraces cultural events, educational courses and schools. There are kosher stores and Jewish institutions such as schools and kindergartens.

The Musiksaal at the Stadt-Casino in Basel was the venue of the first Zionist Congress in 1897. This was the beginning of a deep friendship between the Jews of Switzerland and the Zionist movement. Since 1948, around 3,500 Swiss Jews have emigrated to Israel. Israel and Switzerland maintain full diplomatic relations.

Today the Swiss Federation of Jewish Communities (SIG) has 17 member communities comprising a total of around 12,000 people.

The SIG’s main tasks are to represent Jewish interests with the federal authorities, institutions throughout Switzerland and the media, fight antisemitism, foster dialogue with other religious communities, and promote knowledge of Judaism in Switzerland. In addition, the SIG coordinates and complements the cultural, youth and social work of the member communities. The representation of Swiss interests in international Jewish organisations is also an important objective. The SIG is a member of the European Jewish Congress (EJC), the World Jewish Congress (WJC) and the European Council of Jewish Communities (ECJC). The President of SIG is a member of the Executive of the EJC.

The Board of Directors of the SIG consists of a President and six members and is chosen by the Assembly of Delegates. Since 2008, Dr Herbert Winter has been the President of the Swiss Federation of Jewish Communities.

Major Jewish sites to visit are the Stadt-Casino in Basel, Switzerland’s (only) Jewish Museum in Basel, featuring mementos from the first Zionist congress; the landmark Great Synagogue; Israel Park, a grove of 40 trees presented to Basel by Israel President Chaim Herzog and many old Jewish cemeteries, including the Holocaust Memorial Cemetery, scattered throughout the country. 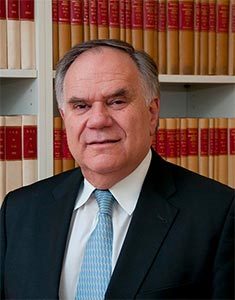 Half of Swiss Jews have experienced discrimination, according to survey

About 50% of Jews in Switzerland have experienced harassment and discrimination in the past five years, according to a survey by the Zurich University of Applied Sciences (ZHAW).
Read more

The Gamaraal foundation has set up a telephone hotline in Switzerland to provide support to Holocaust survivors during the coronavirus crisis.

Basel’s Fine Arts Museum has agreed to pay an undisclosed sum to the heirs of Jewish art collector Curt Glaser as compensation for acquiring artworks from him at knock-down prices when he fled Nazi Germany.