Sweden’s main Jewish communities are in Stockholm, Gothenburg and Malmö. There are also small communities in places such as Boras, Helsingborg, Lund, Norrkoping, Uppsala and Vasteras. According to the Official Council of Swedish Jewish Communities, there are about 20,000 Jews in Sweden, but only a third of them are affiliated to a community.

Royal ordinances issued in 1685 against the Jews are the first indication of their presence in Sweden. Those ordinances referred to the Jews as “revilers of Christ and his communion” and justified their removal from Sweden in order to preserve the purity of the Lutheran faith.

The fate of Sweden’s Jews only improved under the reign of King Gustav III (1771-92). A Jewish cemetery was consecrated with royal permission in 1776, and in 1779 Jews were allowed to settle in Stockholm under restrictive conditions. In 1782, Jews were granted the right to settle in Sweden without converting to Christianity, but it is only in 1838 that they were recognized as Swedish subjects and that their status as foreigners was repealed.

In 1870, Jews (and Catholics) were granted the right to hold political office. However, membership in the Swedish state Church was a requirement for ministerial office until 1951.The 1930 census recorded 7,044 Jews in Sweden. With the rise of Hitler in Germany, efforts by Sweden’s Jewish community to save German Jews were impeded by the restrictive immigration policy of the Swedish government. Moreover, the upper echelon of Swedish society was mostly pro-German. Up to the outbreak of World War II, about 3,000 refugees were able to leave Germany, Austria and Czechoslovakia for Sweden (in addition to some 1,000 “trans-migrants” who travelled to other countries via Sweden).

Swedish public opinion became less hostile to Jewish immigration following the anti-Jewish persecutions in German-occupied Norway in 1942. Setting an example of humanitarian policy, the Swedish government offered asylum to some 8,000 Danish Jews. During the war, Swedish diplomat Raoul Wallenberg saved many Hungarian Jews by granting them fake Swedish passports. In 2012, Sweden will organise public events to honour the memory of Raoul Wallenberg.

In 1970, Sweden’s Jewish population was twice bigger than in 1930. In 1997, the Swedish Government established a committee to investigate the transfer of Nazi gold to Sweden during the war.

In 2000, the Swedish Parliament officially recognised the Jewish community as one of Sweden’s five minorities. The Parliament also recognised Yiddish as an official minority language in Sweden.

In 2000, a European Institute of Jewish Studies was founded in Sweden with financial support from the Swedish Government. The institute educates Jewish scholars, community activists and artists from various European countries.

Sweden’s Jewish communities are federated by the Official Council of Jewish Communities.

The absorption of thousands of wartime refugees greatly influenced the Swedish community. As a result, Swedish Jewry is particularly active in international Jewish welfare activities and in supporting development projects in Israel. The community includes organisations such as WIZO, the General Organization of Jewish Women, Emunah, Makkabi, and B’nai Akiva.

In the past few years, there has been an increase of antisemitism in Sweden, especially in the city of Malmö.

Besides the prohibition of shechitah, there is a lobby in Sweden against circumcision.

There is one Jewish elementary school in Stockholm and one in Gothenburg. The Judaica House has a communal library and hosts activities such as Hebrew-speaking and Yiddish-speaking groups, youth movements, Israeli dancing, and sporting events. The bimonthly Judisk Kronika is published by the community, and there is a weekly Jewish radio program.

Paideia – The European Institute for Jewish Studies is a non-denominational academic framework established in 2000 with funding from the Swedish government. Dedicated to the revival of Jewish culture in Europe, Paideia educates leaders of Europe – academicians, artists and community activists – towards fluency in the Jewish textual sources that have served as the wellsprings of Jewish civilization.

Israel and Sweden have full diplomatic relations since 1950 (at the ambassador level since 1957). Since 1948, 1,465 Swedish Jews have made Aliyah to Israel.

The Great Synagogue of Stockholm was built in 1876. There is a small Jewish museum in Stockholm, as well as a performing Jewish Theatre. 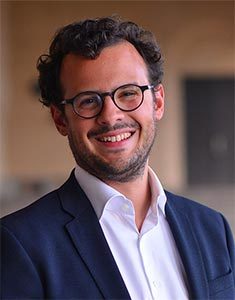 A new study of antisemitism in Sweden has shown that anti-Jewish prejudices are decreasing in the country among the majority of the population, although prevalent among the Muslim community and those identifying with far-right Sweden Democrats Party.

A non-Jewish man who wore a kippah in the city of Gothenburg in Sweden has been assaulted on the street by several men and was called “Jewish bastard” by at least one of them, according to a witness.

Note left refers to holiday as "Jewish celebration of killing thousands of Egyptian children." The Police is investigating the incident as a hate crime.