The history of Spanish Jewry dates back at least 2,000 years, when the Romans destroyed the Second Temple in Jerusalem and brought Jews back to Europe with them, while some claim the Jews arrived much earlier, following soon after the Babylonian king Nebuchadnezzar II destroyed the First Temple in 586 BC. Since then, the Jews of Spain (Sephardim) have experienced times of great oppression and hardship, as well as periods of unprecedented growth, prestige and renewal.

During the first three centuries of Muslim domination of Spain, between the years 711-1492, the Jews enjoyed certain influence and prosperity, frequently serving the government in official capacities and playing an active role in political and financial affairs. The Sephardim were also engaged in much social and intellectual activities within influential circles in the Muslim population. Solomon Ibn Gabirol, Moses Ibn Ezra and Judah ha-Levi – followed by Maimonides – were the acknowledged geniuses of a form of expression. The period 1000-1148 was fittingly named the ‘Golden Age’ of Hebrew Literature.

Spanish Jewry once constituted one of the largest and most prosperous communities under Moslem and Christian rule in Spain, numbering as many as 235,000, before the majority were forced to convert to Catholicism, expelled or killed when Catholic Spain was unified following the marriage of Isabella de Castilla to Ferdinand de Aragon. To supposedly ‘purify’ Christian Spain, the Inquisition was introduced in 1481, and antisemitism peaked under their rule. By 1492, more than 100,000 Jews had fled Spain.

Years of persecution had taught Jews that they could be baptised and still practice Judaism in secret. These ‘Conversos’ (converts to Christianity) or New Christians were a mixed bag, referred to as marranos (swine) by the non-Jewish population. Tens of thousands were discovered and burned at the stake. Many other thousands were ‘forced’ to convert and became know as ‘anusim’. The ‘anusim’ clung tightly to their Judaism in secret and became know as Crypto Jews. After the Expulsion, some of these Conversos escaped to Western Europe and Latin America, where they could revert to the open practice of Judaism. A considerable number of Conversos married into the Spanish aristocracy. Recent Y chromosome DNA testing has shown that 20% of Spanish men today have direct patrilineal descent from Sephardic Jews, indicating that the number of Conversos is actually much higher than believed.

The Inquisition was abolished only in 1834. The Edict of Expulsion was practically cancelled with the establishment of the II Republic in 1931, but was reinstated with the Nationalist triumph in 1939. Spanish neutrality in World War II enabled 25,600 Jews to use Spain as an escape route from the Nazis and Spanish diplomats protected some 4,000 Sephardic Jews in France and the Balkans, against the will of their superiors. In 1944, the Spanish Embassy in Hungary aided in the rescue of Budapest’s Jews by accepting 2,750 refugees. However, the majority of Jews who took refuge in Spain later left for other countries.

In December 14, 1968, the Edict of Expulsion was finally annulled. This led to the opening of a new synagogue in Madrid, followed by the birth of new communities. There was no religious freedom under Franco´s regime until it ended in 1977.

In 1982, the first organization representative of the Jewish community, the Federation of Israeli Communities, was established. In 1992 and agreement of cooperation was signed with the Government and King Juan Carlos visited the synagogue in Madrid.

Approximately 45.000 Jews live in Spain today with the majority located in two major centers: Madrid (some 15,000 persons) and Barcelona (approximately 15,000). Other Jewish population centers are located in South Spain (approximately 10.000), followed by smaller communities, numbering a few hundred people each, in Alicante, Benidorm, Canarias, Majorca, Tenerife, Seville and Valencia. There are also some Jews living In Ceuta and Melilla, two Spanish enclaves in Northern Morocco.

The Jewish community of modern Spain is primarily based on waves of post-war migration from Morocco, from the Balkans, from other European countries, and, most recently, from Latin America, by far the most significant numerically.

The ‘Federacion de Comunidades Judías de España,’ which unites Jewish Spanish communities from different parts of the country, acts as the liaison for presenting Jewish interests to the government and also works with Jewish communities to provide religious, cultural, and educational services. It offers a weekly program in official radio and TV stations and owns www.radiosefarad.com, with cultural and religious program. Radio Sefarad also has French, Hebrew and English corner.

Most Jewish communities have Orthodox synagogues. In Barcelona the Sephardic and Ashkenazi communities pray in separate synagogues in the same building. Synagogues operate in Alicante, Benidorm, Canarias, Ceuta, Marbella, Majorca, Melilla, Tenerife, Torremolinos, Seville and Valencia as well. There are also some ‘Masorti’ (traditional) synagogues in Madrid, Alicante, Valencia and Barcelona. The Latin American immigrants, who come from communities with a strong secular tradition, have formed new organizations that bring Jews together for cultural and social events.

Jewish day schools exist in Barcelona, Madrid, and Melilla. Prominent Jewish organizations such as WIZO and B’nai B’rith are active in Spain as well. Other cultural centers include ‘Centro Sefarad-Israel’– a cultural center founded by the Spanish Foreign Ministry and the Autonomous Government of Madrid to foster Spanish-Jewish cultural relations and to strengthen Sephardic cultural heritage, as well as the ‘Baruch Spinoza Center.’

Israel and Spain did not establish diplomatic ties until 1986, when Spain recognised the State of Israel. Prior to recognition, the Spanish Jewish community provided an unofficial linkage between the two countries through cultural friendship associations. Since 1948, 1,412 Spanish Jews have emigrated to Israel.

Major Jewish sites to visit are located in Toledo, in the Museo Sefaradi (situated in the El Transito Synagogue) as well as in the nearby Church of Santa Maria La Blanca (an ancient synagogue) and the former Jewish quarter. The synagogue of Maimonides can be visited in Cordoba, and ancient synagogues can be seen in Avila, Bembibre, Caceres, Estella, Montblanc, and Seville. Most of these have long since been used as churches. 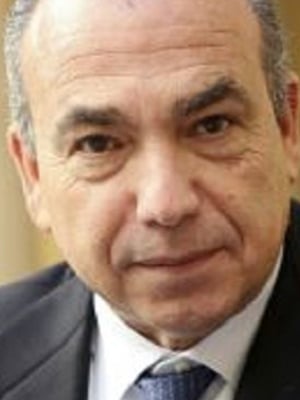 Madrid will open a Jewish museum in a building, after the municipality won a legal battle to evict the squatters that had been illegally occupying it since 2017.
Read more

Spanish Prime Minister Pedro Sanchez appointed as his deputy a politician who has called Israel an “illegal country” and hosted a talk show with allegedly antisemitic content that aired on an Iranian-funded TV station.

The Socialist Party (PSOE) of caretaker Prime Minister Pedro Sánchez won the highest number of seats but fell short of an absolute majority at the repeat General Election in Spain.