Signs of the presence of Jews in Slovakia can be found as early as the middle of the 13th century. When Slovakia was part of Greater Hungary, Slovak Jews were commonly called “Highland Jews” (Oberländer). Slovakia’s Jewish population benefited from the religious reforms enacted by Emperor Joseph II in 1783.

Bratislava became the center of Hungarian Jewish Orthodoxy under the leadership of the renowned Rabbi Moshe Schreiber, also known as the Chatam Sofer (1762-1839), who served as rabbi in Bratislava from 1806 until his death. He founded the influential Yeshiva of Bratislava, and led the traditionalists’ struggle against Reform Judaism. In 1868, when Slovakia was still part of the Austro-Hungarian Empire, Hungarian Jewry split into three factions: Neolog Judaism (the Hungarian version of Reform Judaism), Orthodox Judaism, and Status Quo Judaism.

Most Jews in northern Hungary were Orthodox, though there were important Neolog Jewish communities in Bratislava and Košice (Kaschau, Kassa).

Slovak Jewry emerged as such after World War One with the creation of Czechoslovakia. The disintegration of the Austro-Hungarian Empire was followed by violence against Jews. Czechoslovakia, however, turned out to be respectful of Jewish identity and rights – at least until the 1930s. Before World War II, 135,000 Jews lived in Slovakia. In March 1939 the Slovak Republic proclaimed its independence under the protection of Nazi Germany, and a “Jewish Code” similar to the Nuremberg Laws was proclaimed in September 1941. The pro-Nazi government of Jozef Tiso agreed to deport its Jews as part of the Nazi Final Solution. Approximately 105,000 Slovak Jews (77% of the prewar population) died during the war. After the war, the number of Jews in Slovakia was estimated at 25,000. Most of them decided to emigrate.

Today, there are estimated 3,000 Jews in Slovakia. The majority of Slovak Jews live in Bratislava, the capital, but there are also Jewish communities in towns such as Košice, Prešov, Piešťany, Nové Zámky, Dunajská Streda, Galanta, Nitra, Žilina, Lučenec, Trenčín, Komárno, Banská Bystrica, and Humenné. Many young Jews have moved from their hometowns to larger cities, in order to find work or to study. This migration from community life to the city has somehow affected traditional lifestyles and religious observance among Slovak Jews.

Slovakia has many sites of Jewish interest, including numerous synagogues and cemeteries. One of the most outstanding sites is an underground memorial in Bratislava, which is the resting place of 18 renowned rabbis. These include Moshe Sofer Schreiber, known as the Chatam Sofer, who lived in the 19th century.

Bratislava (then known by its German name, Pressburg) became one of the main intellectual focuses of Austro-Hungarian Orthodox Jewry, and children from throughout the Empire learned in its great yeshiva. There is also a Museum of Jewish Culture in Bratislava affiliated with the Slovak National Museum. The museum focuses on Jewish culture, and its exhibits deal with the Jewish life cycle, symbols, documents, ritual artefacts as well as the Holocaust in Slovakia.

The Federation of Jewish Communities of Slovakia is an umbrella organization for all Jewish communities in Slovakia. The biggest communities are in Bratislava and Kosice (several hundred members each).

Although small in size, Slovakia’s Jewish community is active culturally and socially. There are many Jewish organizations and events in Slovakia, such as The Summer and Winter Maccabi Games (a sport event attended every year by about 200 Jews), Moadon Camps for Children (summer camps attended by dozens of children every year), and the Slovak Union of Jewish Youth (socializing events for young Jews). The only Jewish kindergarten is currently in Bratislava.

There are two kosher kitchens in Slovakia. Both are operated by the local Jewish communities, one in Bratislava and one in Kosice. They are open for the members of local communities and provide kosher food for anyone who observes the laws of kashrut.

Many Jews from Slovakia have families living in Israel and regularly visit the country. The Jewish community runs joint programs with American schools providing studies in Israel for high school students. Israel and Slovakia established diplomatic relations in 1993. 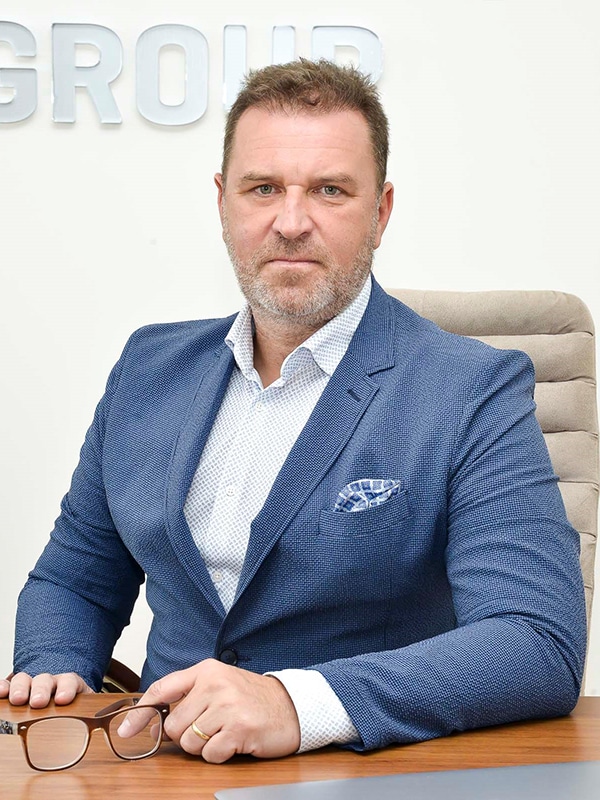 A local enthusiast and several boys from the Roma community have started restoring a forgotten Jewish cemetery in the Slovak village of Vinodol, bringing back a piece of the village’s history.

In a remarkable discovery, hundreds of gravestones from the destroyed old Jewish cemetery in Bratislava have come to light.

Within a few hours of each other, Peter Schwarcz, the long-time President of the Jewish community of Nitra, and his wife Katarína Schwarczová passed away from COVID-19 on January 1, 2021.