The Jews may have arrived in Romania as merchants or in other capacities with the Roman legions that garrisoned the country from 101 C.E. Another wave of Jewish immigrants settled in Walachia (a Romanian principality founded around 1290) after they had been expelled from Hungary in 1367.

In the 16th century, some refugees from the Spanish expulsion came to Walachia from the Balkan Peninsula. A few served as physicians and even diplomats at the court of the sovereigns of Walachia. Since it was on the trade routes between Poland – Lithuania and the Ottoman Empire, many Jewish merchants travelled through Moldavia, the second Romanian principality (in the northeast), founded in the middle of the 14th century. Some settled there and were favourably received by the rulers of this under-populated region.

From an early date, one of the main components of anti-Jewish sentiment in Romania was commercial competition, and the Jews were intermittently expelled and discriminated against by local princes, rulers and by Catholic and Greek Orthodox bishops. Their situation only improved with the Moslem–Turkish conquest during the 15th century. Romanian struggle for independence succeeded in 1837, but Jews continued to serve as scapegoats in the conflict between the ruling classes and the peasantry. Antisemitism prevailed in mainstream liberal and conservative parties alike, as far as into the 1920´s. Only after World War I was legislation enacted to emancipate Romanian Jewry.

Jews played an important role in the transformation of Romania from a feudal system into a modern economy and were also active in the country’s cultural life. Romania was the birthplace of the Yiddish theatre. It also produced many of the first chalutzim (pioneers) who settled in the then-future State of Israel.

At the end of World War I, the territory under Romanian control was expanded. It is estimated that there were about 800,000 Jews in the enlarged country before WWII. In the second half of the 1930’s, the internal and continental European rise of fascism made the situation of the Jews increasingly ominous. At the beginning of World War II, Romania was forced to withdraw from northern Transylvania, northern Bukovina, Bessarabia, and southern Dobrogia. Of the Jews who remained under Romanian jurisdiction, about 265,000 (more than 40%) were murdered, many by the Romanian army and the brutal Fascist Iron Guard. About 400,000 Jews survived the war in Romanian territory.

From 1948 – 1988 about 300,000 Jews left the country. Almost all of them moved to Israel, where they comprise one of the largest ethnic communities. With the advent of Communist rule all Zionist activity was prohibited, but organized Jewish life persisted. Even during this period of completed dependence on Moscow, when all institutions and expressions of Jewish aspiration were repressed, Romanian Jewry was not as alienated from its national and religious identity as were the Jews of the Soviet Union. The officially recognized representative Jewish organization was the Federation of Jewish Communities headed by the late Chief Rabbi Dr. Moses Rosen. Under Rabbi Rosen’s leadership, Romania was a ‘positive exception’ in Eastern Europe. Religious and cultural life was active, and the great majority of Jewish youth received a Jewish education. After the 1989 revolution, Jewish communal property nationalized by the Communist regime was returned to the Federation of Jewish Communities. Jewish life has expanded substantially.

According to official community membership, some 12,000 Jews live in Romania today, but the country’s census in 2002 showed a total of 6,200 persons wishing to identify as Jewish. Differences are due to varying definitions of Judaism and to the traditional Jewish reluctance to be officially registered as such. The drastic reduction in the size of the Romanian Jewish community was largely a result of mass emigration, especially during the years 1944-47.

At the end of the war, tens of thousands of Jews, terrified by the Holocaust, fled the country through its western border and more than 200,000 settled in the new State of Israel. By the end of the 1960’s, the Romanian Jewish community numbered no more than 100,000. The majority of Jews who stayed in Romania today are over the age of 70. Most youngsters under the age of 25 left the country. Six thousand Jews live in the capital city of Bucharest, and small Jewish communities exist in the towns of Moldavia-Iasi (Jassy), Dorohoi, Suceava, Radauti and in Transylvania (Cluj, Arad, Timisoara, Satu Mare, Tigu Mures, Oradea), as well as in Constanta on the Black Sea coast.

In the decade 1983–1992, the central development in Romanian life, and especially in the life of the ever-dwindling Jewish community, was the overthrow of the Communist regime and the attempts to introduce Western-style democracy to the country. The change of rule did not bring in its wake any real changes in the life of the few Jews left in the country.

The Federation of Jewish Communities represents Romanian Jewry. The communal framework which existed under Communist rule has been preserved, but the offices of the president and Chief Rabbi of the community have been separated. The community hosts a variety of social welfare and communal service programs. At present, an old-age retirement facility, a Jewish hospital, a clinic and a pharmacy are operated in the capital by the Jewish community, with the support of American Jewish Joint Distribution Committee.

Presently, 38 Jewish communities throughout Romania are affiliated with the Jewish Federation. 15 among them have a membership bigger than a few hundred each.

Synagogues and a religious infrastructure are maintained in many localities, although the number of operating synagogues in the provinces is declining. There are kosher cafeterias in some 10 cities. Virtually all Jewish children receive at least the rudiments of a Jewish education in the community’s Talmud Torah, Sunday or evening schools. There are four weekly operating Synagogues in Bucharest. With the advent of democracy, a Jewish publishing house, Hasefer, was founded and the Center of Jewish History in Romania, founded in 1976 but lacking legal status, has since obtained legal standing. A department of Jewish studies was founded at Bucharest University as well.

Romania is one of the few countries in Eastern Europe in which remnants of ‘shtetl’ (Jewish village) life can still be observed, primarily in towns such as Radauti and Dorohoi in Moldavia. Other sites of Jewish interest include: The Great Synagogue and Holocaust Museum in Bucharest, (1850); the Choral Temple in Bucharest; the Jewish Theatre in Bucharest, the first professional Jewish theatre in the world (1876); the Piatra Neamt Synagogue, the oldest wooden synagogue in Romania (1766), with a 250 year-old golden altar; and the Brasov Synagogue (1899). There is also an imposing monument in the Jewish cemetery in Iasi, in memory of the 10,000 Jews massacred there in 1941. Additional impressive, historic synagogues are located in other cities and towns in Romania. 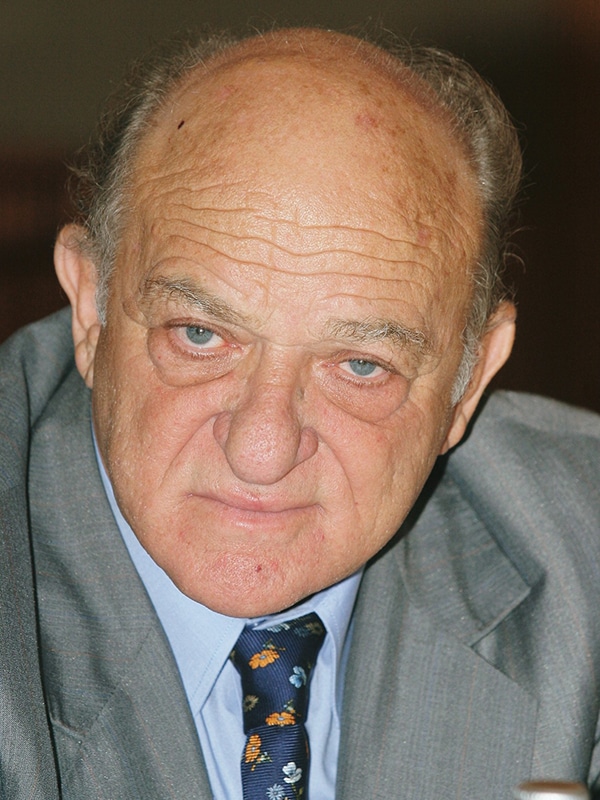 In a series of video interviews, leaders of the Federation of Jewish Communities in Romania (FEDROM), the country's EJC affiliate, discuss the situation faced by Romanian Jews during the current pandemic.
Read more

A senior priest in the Catholic Church of Romania appeared to liken Jews to a virus in a filmed Easter greeting.

Lajos Erdélyi, a Holocaust survivor from Transylvania who as a journalist and photographer was a pioneer in the post-Holocaust documentation of Jewish cemeteries in Romania, passed away aged 90. May his memory be a blessing.