Today the Jewish Community of Lisbon has Sephardi and Ashkenazi members made up of post-war migrants from Germany, Poland, Eastern Europe and South America (mainly Brazil). All Jews share the same Synagogue, Sharé Tikva, which has kept the original post Inquisition Sephardic Moroccan ritual.

The Jewish Community of Oporto includes Jews of such diverse origins as Egypt, India, Russia, Canada, Belgium, United States, Poland, Spain, France, Israel, Brazil, Portugal, Mexico and Venezuela. The Kadoorie Mekor Haim Synagogue is the headquarters of the Oporto Community and it is the largest synagogue in the Iberian Peninsula.

Although Jews exiled from Spain were allowed to enter Portugal in 1492, Portugal issued an expulsion edict of its own four years later. The Portuguese dynasty’s fear that the Jews’ departure would economically cripple the kingdom. In order to avoid that, they forced the public and ostensibly formal conversion of tens of thousands of Jews to Christianity. The status of these Conversos whether or not they welcomed their new faith was never fully accepted by the “Old Christians.” In the 16th century, a milder Portuguese Inquisition was introduced, and it remained in force until 1821. The number of Conversos declined throughout these centuries of legal limbo, and many escaped to Western Europe, Morocco and the Americas. By the time the Inquisition was cancelled, the number of Conversos was unknown.

The Comunidade Israelita de Lisboa (CIL) – the Jewish Community of Lisbon – is over 200 years old. It is the heir of the Portuguese Jewish Community which flourished during the Middle-Ages until the advent of the Inquisition above mentioned. The activity of the Inquisition led to the dissemination of the Portuguese Jews, who established themselves in Morocco, Gibraltar, London, Amsterdam, France, Hamburg, Southern Europe, Ottoman Empire, Palestine and in the Americas (Newport, R.I., New York, the Caribbean, Brazil, and others) where they founded their own “Portuguese Synagogues”, keeping alive their historical traditions, language and religious rites, identifying as “Portuguese Nation” throughout the Diaspora.

Notwithstanding emigration of most from Portugal, many Jews stayed in the country and converted to Catholicism, while secretly maintaining their original faith and traditions. These became known as “Marranos”.

Shortly before the elimination of the Inquisition (1821), some Jews, whose ancestors had emigrated to Morocco and Gibraltar, established themselves privately in Lisbon. However, not until 1912 – with the establishment of the Republic – did the Jewish Community gain official status. Religious services were held in private homes until 1904, when the first Synagogue, since the 15th Century (Tomar), was inaugurated in Lisbon (Synagogue Sharé Tikva).

After World War I, refugees from Eastern Europe were the first Ashkenazim to enlarge the Community of Lisbon, which was until then entirely Sephardic. Later, this tendency increased during World War II.

Portugal, although under the neutral Catholic dictatorship of Salazar (1932-1968), allowed more than 100.000 Jewish refugees to flee through its frontiers during the terrible years of WWII, on the condition they wouldn’t stay. Together with the American Joint Committee, the CIL (Comunidade Israelita de Lisboa), organized the supply of legal identity documents for the refugees, medicine, clothing, housing and the bookings on Portuguese liner vessels that would transport them to their onward destinations, mainly to Brazil, Cuba, Central America, the USA and Canada. Some managed to reach Palestine.

Among the refugees which transited through Lisbon were personalities such as the Lubavitcher Rebbe Schneerson, Marc and Bella Chagall, the sisters Eva and Zsa Zsa Gabor as well as many others.

During the second half of the 20th century, the community also suffered serious mutations due to progressive assimilation, the aging process, and emigration. During the 60’s almost an entire generation of youngsters left the country, due to the four-year draft, for the raging colonial war in Africa.

In the early 20th century, the city of Oporto witnessed events that will forever be linked to the history of the Jews in Portugal and in the world, by means of the action undertaken by an officer from the Portuguese army converted to Judaism: Captain Barros Basto. He was the founder of the Jewish Community of Oporto, together with Jewish merchants recently arrived from Lithuania, Poland, Germany and Russia.

The legalization of the community in 1923 was a reparation of such historical importance that it seemed impossible to surpass… and yet it was. When some Portuguese citizens presented themselves before Captain Barros Basto as Jews coming from families who, separated for a long time from the entire Jewish culture, still elevated their praises and prayers to Ado-nai, practicing their ancestors’ religion in secret, at home, the captain began travelling from town to town by car, on foot or on horseback, determined to bring the crypto-Jews into the light of day.

Aware of the fact that the Jewish Community of Oporto was the support and the logistic and moral base of the “Rescue Work” and determined to turn Oporto into the «religious lighthouse» for the Portuguese crypto-Jews, Barros Basto raised funds to build, in the city, a synagogue of which the crypto-Jews could be very proud. The synagogue Kadoorie Mekor Haim was inaugurated in 1938, at the height of Nazism in Germany.

A few months before the synagogue was inaugurated, captain Barros Basto had been separated from the Army for having intervened in circumcision operations on his students of the Jewish Theological Institute of Oporto.

The great community leader was left with no uniform, no occupation, no economic resources. The crypto-Jews, in turn, felt they had lost their charismatic leader and saw in the treatment he was given a sign of what could happen to them in the future. This fact led the crypto-Jews to return to practicing their beliefs in secret.

Captain Barros Basto represented the last hope for the Portuguese Crypto-Jews and, paradoxically, died in 1961 at a time when, with the exception of the community of Belmonte, which kept the ritual traditions and the Jewish family spirit at weddings, the majority of the crypto-Jewish families in other parts witnessed the weakening of religious ties, the assimilation and the intermarriage with non-Jews, circumstances that were irreversibly exacerbated during the following decades with the advent of the open society.

For many decades, the beautiful building was used by a few Jews of various nationalities who lived in Oporto and were alone in the city to take care of the great palace: the Kadoorie Mekor Haim Synagogue.

Today, there are around 200 Jewish families in Lisbon, who contribute according to their resources. The Community’s objectives and priorities are two-fold: Jewish Education with emphasis on the young, and prevention of assimilation.

Due to the reduced number of Jews, to the influence of the Catholic environment and to many mixed marriages – although most wives have converted to Judaism – the main duty is to provide Jewish education through the services of the Community.

Indeed, there are 100 children among the members, and it is of utmost importance to develop interest and involvement in Jewish Faith and in the history of the Jewish People. Therefore the Community develops comprehensive youth and educational programs.

Today, the Community provides the following services and activities to all its members:

The Jewish Community of Oporto provides the following services and activities today:

The Jewish Community of Oporto is linked with Jews in Golders Green, London, who form its religious committee and are members of the Board of Directors. Frequently great families of Golders Green travel to Oporto to do Shabbatones. The Jewish Community of Oporto adheres to Orthodox religious practice, but does not exclude anyone. In Oporto, the religious and secular Jews of the Community work together, side by side. The majority of the community members only come to the synagogue for the High Holidays and Festivals, but all contribute according to their resources. The Great Synagogue maintains a flawless appearance.

The Community has a Tourism Department. The Synagogue is on display to the world at large and extends beyond its small local community of Jews. All visitors always receive a pamphlet containing the Sheva Mitzvot. Tourism is an industry of peace between the seventy nations and as a small shrine, the Synagogue shall always be an expression of Judaism, even in terms of visits, contributing to the spiritual and cultural enrichment of peoples, to combat anti-Semitism and for the construction of a better world.

An ancient 15th century synagogue can be found in Tomar. Also, among others, a well-preserved remnant of a Jewish quarter is in Castelo de Vide. The old Jewish cemetery in Faro is often visited. There is today an organized ‘Jewish route’ which covers most of the pre-Inquisition Jewish sites (Synagogues and Jewish quarters).

In 1977 Portugal and Israel established diplomatic ties, and the consulate general in Lisbon was raised to the rank of an embassy. Portugal opened an embassy in Israel in 1991. Aliya: Since 1948, about 300 Jews have emigrated to Israel, coming from Portugal. 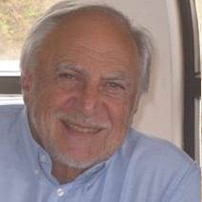 Representatives of the Jewish community of Lisbon (CIL) met with members of the Portuguese Parliament to discuss potential changes to the Nationality Law regarding the descendants of Sephardic Jews.
Read more

Portugal finally granted official recognition to its "disobedient diplomat", Aristides de Sousa Mendes, that saved thousands Jews from the Holocaust by issuing them visas. Portuguese parliament decided a monument in the National Pantheon should bear his name.

The Jewish Community of Porto, donated the proceeds of a locally-produced YouTube historical documentary covering centuries of the history of the Jews in Portugal to the Food Bank of Israel.