Jews trace their origins in parts of the Lithuanian territories almost a thousand years. The definitive historical record, however, dates from the fourteenth century, when Lithuanian Grand Dukes issued invitations and charters of rights hoping to attract Jewish immigration principally from the Germanic lands in central Europe. The Lithuanian grand dukes recognized the value of Jewish residents in international and local commerce, and for the development of culture and diplomacy.

By the late fifteenth century, there were already thriving communities. The Jewish population of Lithuania grew from an estimated 120,000 in 1569 to approximately 250,000 in 1792. During the Partitions of the Polish-Lithuanian Commonwealth in the late eighteenth century, Lithuanian Jews incrementally became citizens of the Russian Empire, along with their neighbours of all ethnic backgrounds.

Over the centuries, the Jewish community fluctuated through intervals of turmoil and peace, though in general, the record of non-violence and tolerance is one of the best in Europe for many hundreds of years. One of the outcomes was the Jewish ethnographic and cultural type known as the “Litvak” or Lithuanian Jew. In Jewish folklore, Litvaks are supposed to be honest, poor, hardworking but perhaps lacking in the warmth and humor of their southern (Polish, Galician, Ukrainian etc) counterparts. Litvaks would dispute some of these characterizations.

For many centuries, the Jews of Lithuania were both profoundly committed to their heritage and resilient in their capacity for innovation, managing to refine a culture steeped in history, tradition, education and family. In time, Vilna (Yiddish Vílne, Polish Wilno, and now Vilnius) became known as the “Jerusalem of Lithuania,” a great centre of Jewish religious learning. The preeminent scholar, Rabbi Elijah ben Solomon, known as the Vilna Gaon (1720-1797), is considered to be greatest Talmudic genius of his period. His style of Torah and Talmud study shaped the analytical “Lithuanian style” form of learning still practiced in prominent yeshivas (higher rabbinic academies) in Israel, America and elsewhere. The modern yeshiva movement itself is a classic Lithuanian development, initiated by the Vilna Gaon’s disciple, Rabbi Chaim Volozhiner.

When from the late eighteenth century onward, Jewish modernization (“Enlightenment”) was taking deep hold in Germany, it made more subtle inroads in Lithuania leading by and large to additions rather than replacements of the rabbinical age-old rabbinic culture. Many renowned Jewish thinkers, teachers, writers, sculptors and musicians made their homes in Vilnius, cementing the city’s reputation as a center of modern rationalist alongside traditionalist Jewish culture.

The Jews of Lithuania (Litvaks) developed defining, characteristic traditions. The Lithuanian Yiddish dialect became the basis of modern standard Yiddish, and the territory of the Litvaks, congruent with various stages of the medieval Grand Duchy of Lithuania, covers today’s Lithuania, Latvia, Belarus, and parts of Poland, Russia and other neighbouring lands.

The Strashun Library and the Yivo Institute for Jewish Research (originally the Yiddish Scientific Institute) were among the internationally famous Jewish institutions founded in Vilnius.

Within the realm of today’s Jewish religion, the term “Lithuanian” has come to connote ‘Misnagdic’ (non-Hasidic) Judaism in general. It is used as a classification for all Jews who follow the traditions of the Lithuanian yeshivas, whether or not their ancestors actually came from Lithuania. Even in modern Israeli Hebrew the title “Lithuanians” (Litaim) often refers to all ultra-Orthodox Jews who are neither Hasidic nor Sephardic, i.e. Ashkenazic non-Hasidic.

On the eve of World War II, Vilna’s Jewish population exceeded 60,000. Lithuania was home to some 250 Jewish communities sustaining the lives and livelihoods of approximately a quarter of a million Jews. The population was bolstered by Jewish refugees fleeing from German-occupied Poland in the period between September 1939 and the 1941. Vilna had 105 official synagogues and prayer houses (many more unofficial ones), and some six daily Jewish newspapers. Yiddish was the language of intimate family life and a modern culture. Knowledge of Hebrew was higher than in any other country.

After attacking the Soviet Union on 22 June 1941, the Germans, avidly aided by Lithuanian fascists, murdered 95% of Lithuanian Jewry, the highest percentage of Holocaust murder in all of Europe. While it is important to remember and teach the truth about the huge quantity of lethal collaboration, and actual participation in the genocide, it is equally important to remember for all time the incredible courage of Lithuanian citizens who risked their and their families’ lives to save a Jewish neighbour.

After the war, the remnant Jews in Soviet Lithuania benefited from a slightly more relaxed atmosphere than their brethren in Soviet Russia or Ukraine, and in Vilna limited expressions of Jewish culture were allowed, including a famous Jewish folk theater. Upon regaining its independence in 1990, Lithuania dropped all restrictions on Jewish religious and cultural life, and the small but vibrant and optimistic Jewish community began a new chapter of colourful and creative existence that continues unfettered to this day.

Most Lithuanian Jews today live in the capital city of Vilnius (Vilna), but there are also several smaller communities, notably in Kaunas (Kovno), Klaipeda (Memel), Šiauliai (Shavl), Panevežys (Pónevezh) and Ukmerg (Vilkomir). Official statistics show the total of self-defined “Jews by ethnicity” to be around 3,500. However, the Jewish community calculates around 5.000. This number has actually stabilized over the past decade, after a steep decline due to emigration from the late Soviet period onward.

The Lithuanian Jewish Community is the umbrella organization of Lithuanian Jewry. It unites 27 different Jewish organizations and its headquarters at Pylimo Street 4 in Vilnius, in the building of the pre-war Hebrew Tarbut school, is the national meeting place of Jewish people of every age and inclination. It is an international address for the Litvaks of the world and those fascinated by the complex and intriguing Litvak heritage which lies in the family background of many world famous figures in the arts and sciences.

The Lithuanian Jewish Community lives in harmony with the Lithuanian majority and the other minorities in the country. From time to time painful issues emerge and are openly debated. These include tolerated antisemitism in the mass media and in such events as neo-Nazi parades, the rehabilitation of Nazi collaborators and other issues. The LJC stands up proudly for Jewish rights and interests and has made much progress in many areas in close partnership with Lithuanian colleagues who champion tolerance and dialogue.

There is a Jewish day school and kindergarten in Vilnius and Sunday schools are maintained in other towns. Until 2011, the community published “Jerusalem of Lithuania,” a newspaper in Lithuanian, Russian, Yiddish, and English but this activity has now shifted to the community’s website at www.lzb.lt, which now appears in English and Lithuanian. The Jewish Community headquarters in central Vilnius houses a wide variety of clubs and organizations, including the Union of World War II veterans, the Union of former Ghetto and Concentration Camp prisoners, various youth movements, the Union of Jewish Students, the Gesher (“Bridge”) organization for young families and middle aged people, Abi men zet zikh (“As long as we get together!”) for seniors, and many more. There is a regular Yiddish literary meeting circle that meets each week during its annual session, and there are numerous international conferences, delegations and events.

The Lithuanian Jewish Community is able to reach out to the thousands of Jewish people in the country thanks to the generous and steadfast support of the Joint Distribution Committee which has spared no effort to support the consolidation and growth of the community.

Increasing numbers of Lithuanian Jews are interested in immersing themselves in various aspects of the proud Litvak heritage, including both secular and religious culture, Yiddish language and literature, Jewish art and architecture, and the fine arts.

Four synagogues function in Lithuania today, two in Vilnius, one in Kaunas (Kovno) and one in Klaipeda (Memel), but attendance is low. Most Jews define their identity in secular terms. Matzah and other Jewish religious needs such as kosher meat and wine, yórtsayt lamps and books, are imported. The Chabad movement operates a facility with its own rabbi, separate from the main community. Important sites of Jewish interest include the medieval Jewish Quarter of Vilnius; the grave of the Vilna Gaon; the Romanesque-Moorish Choral Synagogue, the Jewish Community headquarters where most Jewish Culture and educational activities take place; the State Jewish Museum in Vilna which houses ritual items including the original ark, salvaged from the Great Synagogue which was mostly destroyed in the war and then leveled by Soviet authorities afterwards. The Green House, at Pamenkalnio 12, is one of the most straightforward and internationally admired Holocaust exhibits in the region. The infamous Nazi killing grounds of Paneriai/Ponary/Ponar, where 70,000 Jews were massacred, and the Ninth Fort of Kaunas/Kovno, are the two largest Holocaust-era mass graves. There are over two hundred mass graves scattered across the country. Most are now marked and accessible.

In many smaller towns (former shtetls, Yiddish shtétlakh), there are fascinating traces including synagogue and communal structures and partially preserved old graveyards that attract descendants of Litvaks from every corner of the globe.

The Lithuanian Jewish Community hopes to become the international center for Litvak culture, heritage, excursions, study tours and other activities in the years to come.

Israel and Lithuania enjoy full diplomatic relations. Israel is represented by its ambassador in Riga, Latvia. 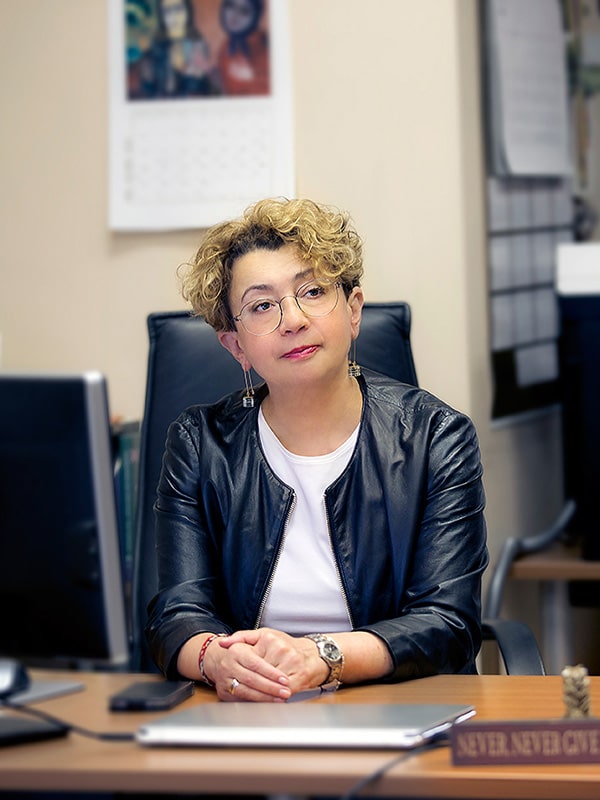 Lithuanian lawmakers want to make 2021 the year of Juozas Luksa-Daumantas — a nationalist accused of participating in a Holocaust-era massacre of Jews.

New book on the history of the Holocaust in Lithuania presented

A new book by writer Rūta Vanagaitė and historian Christoph Dieckmann on the history of the Holocaust in Lithuania was presented at a launch event held at the Choral Synagogue in Vilnius.