The earliest reference to the Jews in Ireland was in the year 1079. Jews were never expelled from the Gaelic-controlled areas, but their numbers remained small. Many Jews and crypto-Jews established in Ireland following the infamous Spanish Edict of Expulsion. Marrano Jews were elected mayors of Youghal, County Cork, in 1555, 1569, 1576 and 1581. Ireland’s first synagogue was founded in 1660 near Dublin Castle. The Irish Marriage Act of 1844 expressly made provision for marriages according to Jewish rites. In 1874, Lewis Wormser Harris was elected as Lord Mayor of Dublin. Jews played a role in the struggle for Irish independence in the rank and files of IRA. The Constitution of the Irish Republic, adopted in 1937, recognized Jews as a minority community with political representation in parliament and accorded special status to the Irish chief rabbi.

The Jewish community of Ireland is almost exclusively concentrated in the capital city of Dublin. Irish Jewry has been experiencing a great decline over the past 30 years, for economic reasons. During this period, the emigration of young Jews to the United Kingdom, Israel, and the United States has halved the community’s population and diminished its activism. However, this situation has changed since the 90´s.The official Irish Jewish community represented by the Jewish Representative Council of Ireland numbers approximately 750. However, according to the census of 2006, there are 1,930 Jews in the Republic of Ireland. An upward trend from 1,790 in 2002, or even more from 1,581 in 1991. Many of these non-affiliated Jews are foreign Jewish workers contracted for local jobs.

Irish Jewish life is cantered in Dublin where there are two orthodox and one progressive synagogues, a mikvah, Kosher food outlets and bakery and a Jewish day school called Stratford College that also has many non-Jews among its student body and faculty. One can visit the Jewish Museum in Dublin that presents the history of Irish Jewry.

Israel’s first ambassador to Ireland arrived in 1994. Since 1948, 673 Irish Jews have immigrated to Israel. 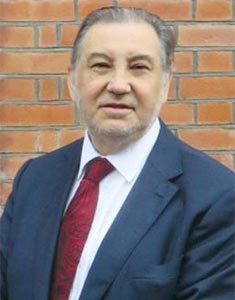 Dublin synagogue back with “a very good crowd”

An Orthodox shul in Dublin has been holding services since the end of June, taking advantage of the earlier lifting of restrictions in the Republic.
Read more

The new Irish government will not promote a bill against Israeli products manufactured beyond the Green Line, including east Jerusalem.

An Irish Member of the European Parliament was criticised after she slammed EUJS for rebuking her over her participation in a webinar associated with the BDS movement that will include one participant from an organization linked to Palestinian terrorism and another who compared Israel to the Nazi regime.