There has been a Jewish presence in Gibraltar for more than 650 years. After the Treaty of Utrecht in 1713, Gibraltar was made a British dependency. Significantly, the Jews of Gibraltar have faced almost no official antisemitism during their time in the city. Jews were given the right to permanent settlement in 1749, when Isaac Nieto, the new community’s first Rabbi, came to the country from London and established congregation Sha’ar HaShamayim, the oldest synagogue in Gibraltar, otherwise known as the Great Synagogue. As of 2011, there were 750 Jews in Gibraltar (roughly 2% of the total population), the vast majority of which are Sephardic.

Four synagogues and a kollel are in regular use, presided over by a communal rabbi. Almost all Jewish children attend the community’s primary schools, and both boys and girls can attend separate Jewish secondary school. There is a kosher bakery and two kosher restaurants. The community publishes a weekly newsletter. The Jewish community enjoys good relations with the other ethnic groups in the British colony-, Arabs, Indians, and others. Llanito, the vernacular language for the majority of Gibraltarians, has significant Jewish influence.

Some 500 words are of Hebrew origin, and the language also has features of influence from Haketia, a Judeo-Spanish language spoken by the Sephardic communities of Northern Morocco and the Spanish exclaves of Ceuta and Melilla. Jewish Community of Gibraltar Several Gibraltarian Jews have served in important positions in the Government there in the 20th century, particularly Sir Joshua Hassan, who served as Chief Minister of Gibraltar for two separate terms before his death. Solomon Levy served in the ceremonial role of Mayor of Gibraltar from 2008 to 2009.

Israel maintains a consulate in Gibraltar.

The four synagogues can be visited by arrangement with the community. The old Jewish cemetery, in the Upper Rock, also attracts the interest of Jewish tourists. 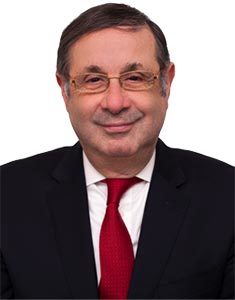 Board of Deputies holds landmark meeting in Gibraltar

Some 115 members of the Board of Deputies of British Jews spent the last weekend in Gibraltar to show their “respect, affection and admiration” to the Rock’s Jewish community.
Read more

The President of the Jewish Community of Gibraltar, James Levy, has congratulated written to Cardinal Vincent Nichols congratulating him on behalf of the community...

The current holder of a Spanish dukedom who signed a decree in the 15th century expelling Jews from Gibraltar has formally apologised to the Jewish...