Jewish presence in France is thought to go back to the year 6 CE, when Roman Emperor Augustus banished Archelaus, the ethnarch of Judea. In the seventh century, the number of Jews in France increased significantly, mostly as a result of immigration from Italy and Spain. It is in France that Rashi, the celebrated 11th century commentator of the Bible and of the Talmud, lived and created his monumental work.

In the 13th and 14th century, until the French revolution, one could find an important Jewish presence in Avignon and surrounding areas. From 1274 until 1791, many Jews lived in the Comtat-Venaissin, and were sporadically expulsed and reintegrated. On the eve of the French Revolution, some 40,000 Jews lived in France. Most of them (84%) spoke Yiddish and lived in Paris and Alsace-Lorraine, while a minority of Jews of Spanish and Portuguese descent lived in the South, mostly in Avignon. France was the first country in Europe to emancipate its Jewish population during the French Revolution, but, despite legal equality anti-Semitism remained an issue, as illustrated in the Dreyfus’ affair of the late 19th century.

By the early 1900s, the conditions of the Jews had improved tremendously and a wave of Jewish immigration arrived in France, mostly fleeing the pogroms of Eastern Europe. Immigration temporarily halted during World War I, and Jews fought in French forces, but it resumed afterwards. During this period, Jewish artists such as Modigliani, Soutine and Chagall were acknowledged as prominent painters of the “Ecole de Paris”. France was also the first country to elect a Jewish Prime Minister, Léon Blum during the Popular Front in 1936.

On the eve of World War II, there were about 300,000 Jews in France. In June 1940, Nazi Germany invaded France and occupied the northern part of the country (the occupation was extended to the southern part of France in 1942). The Nazis actively arrested and deported Jews, with the collaboration of the Vichy government. As a result, about 70,000 French Jews perished in the Holocaust.

In 1995, French President Jacques Chirac publicly recognized the French Vichy government’s collaboration with Nazi Germany and apologized to the Jewish people on behalf of the French Republic.

Between 1945 and 1948, about 80,000 Jews immigrated to France from central and eastern Europe. This immigration brought the Jewish population of France back to its pre-war figure. In the 1950s and 1960s, following France’s withdrawal from its Empire in North Africa, some 300,000 Sephardic Jews immigrated to France from Morocco, Algeria, Tunisia, and Egypt. This immigration changed the makeup of France’s Jewish community, which was until then mostly Ashkenazi. Today, 60% of French Jews are Sephardic.

The Representative Council of French Jewry (“Conseil Représentatif des Institutions Juives de France” or CRIF in French) is the official organization representing French Jewry vis-à-vis the French government. CRIF, however, does not handle religious issues, which are the responsibility both of the Consistoire Israelite de France, Consistoire Central de France, Union des Communautés juives de France and of the Chief Rabbinate. In addition, the Jewish Social Fund (“Fonds social juif unifié”, or FSJU in French) funds the needs of the Jewish community.

There are also many Zionist organizations and youth movements in France, but only 40% of French Jews are officially affiliated to a synagogue or to a Jewish organization. Recent statistics point to two contradictory trends in French Jewry, i.e. assimilation on the one hand and religious revival on the other hand.

In Paris alone, there are more than 20 Jewish day schools, both elementary and high schools, as well as kindergartens and religious seminaries. Most French universities offer courses in Jewish studies, including courses in Yiddish, Ladino, and Hebrew. The Rashi Centre, which hosts the University Centre for Jewish Studies, provides courses for academics and students. The Rabbinical Seminary ordains rabbis who serve in French-speaking countries.

Paris has also several Jewish libraries, among them the Medem Library, which is the largest Yiddish library in Europe, and the Centre de Documentation Juive Contemporaine. One may also visit the site of the Museum of Jewish Art. Additionally, one could visit the Cluny Museum, which houses the Strauss-Rothschild Collection. The Memorial to the Unknown Jewish Martyr and the adjacent Holocaust documentation centre were among the first institutions of this type.

Every year, France hosts a Jewish Book Week, a Jewish Music Week, a seminar on Jewish studies as well as other Jewish-related symposia. Jewish dance and theater companies are also active. A lively Jewish press exists in France, featuring two weekly newspapers and a number of monthly journals. Weekly Jewish programs are broadcast on both radio and television, including a weekly television program that has run for over forty years, and several local Jewish radio stations are on the air in Paris as well as in other major cities.

The major religious stream in France is modern Orthodox. Most modern Orthodox synagogues are affiliated to the Consistoire. An estimated 7% of French Jews are ultra-Orthodox and an estimated 5% are either Conservative or Reform. There has been a growing number of kosher restaurants and kosher butchers in the past few years, especially in Paris. There are currently over 120 kosher restaurants in Paris.

France voted in favor of the Partition Plan at the UN in 1947, and established diplomatic relations with Israel in 1949. In the mid- 1950s, France shared Israel’s position toward Egyptian President Nasser, and became Israel’s military partner and arms provider.

With the establishment of the Fifth Republic by Charles de Gaulle in 1958, and with the end of the Algerian war in 1962, France put an end to its pro-Israel stance and sought to repair its ties with the Arab world. In 1967 de Gaulle declared a total arms embargo on Israel. After the Yom Kippur War and the Arab oil embargo, France’s foreign policy toward Israel turned sometimes hostile, and the relations between the two countries deteriorated in the 1970s. Those relations were somewhat improved by President Mitterrand in the 1980s and, more recently, by President Sarkozy.

In addition to the embassy in Paris, there is a consulate in Marseille. 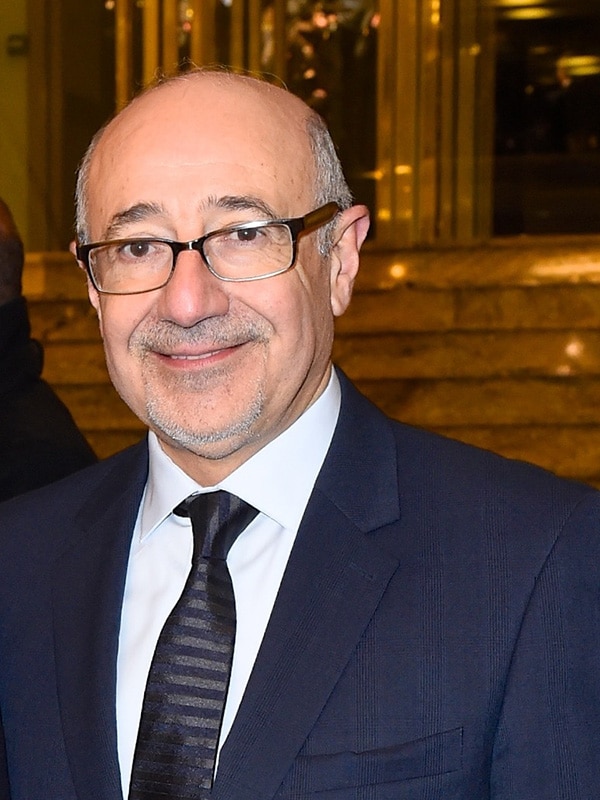 Holocaust denier Alain Soral, who has multiple convictions against him, has been charged for hate speech, after calling for a "fascist revolution" on his website.
Read more

A street painting of Simone Veil in the 5th arrondissement of Paris has been defaced again. The author of the work and several political figures have expressed their indignation on social networks.

On the occasion of the commemoration of the 78th anniversary of the Vélodrome d'Hiver raid on July 1942, during which some 13,000 Jews were arrested, the new Mayor of Colombes, Patrick Chaimovitch, compared today's police forces to the ones of Vichy.