Jewish communities were already present in the Balkans when the Croats established a kingdom there in the 10th century CE. Jews lived in Zagreb in the 14th century, but were expelled from Croatia in 1456. Their status and situation only improved in 1782 with the publication of the “Toleranzpatent” by Emperor Joseph II.

The Jews of Croatia and Dalmatia only received full emancipation in 1873. By the eve of World War I, there were 40 Jewish communities in the country and 24,000 Jews. The Jewish Community of Zagreb grew to 11,000. In 1941, a pro-Nazi government was sworn in Croatia, and implemented a policy of segregation and persecution against the Jewish population. This policy soon turned into active collaboration with Nazi Germany and with the deportation and extermination of thousands of Croatian Jews. Altogether, 78% of Croatian Jews perished in the Holocaust.

After World War II, only 2,500 Jews lived in Zagreb. Many of them immigrated to Israel following Israel’s independence. The remaining 1,500 Jews tried to rebuild their lives and preserve their identity under Communist rule. In addition to other smaller communities, there were also bigger Jewish communities in Zagreb, Belgrade and Sarajevo – all of similar sizes and all officially affiliated to the Federation of Jewish Communities in Yugoslavia.

The Federation of Jewish Communities lost its raison d’être with the disintegration of Yugoslavia in 1991 and with the war that ensued. The Jewish community of Zagreb was one of the first victims of the war: in August 1991, both its Community Centre and its cemetery were targets of terrorist attacks. During the war in Yugoslavia, many of Bosnia’s Jews found a safe haven in Zagreb with the support of the American Joint Distribution Committee.

There are about 2,000 Jews and ten Jewish communities in Croatia today (in the cities and towns of Cakovec, Daruvar, Dubrovnik, Osijek, Rijeka, Slavonski Brod, Split, Virovitica, Koprivnica, and Zagreb). These communities are affiliated to the Coordinating Committee of The Jewish Communities in the Republic of Croatia. The oldest are in Dubrovnik and Split and the largest one is the Jewish community in Zagreb, Croatia’s capital.

From 1952, numerous visiting rabbis served the needs of the Community and in 1998, the Jewish Community of Zagreb appointed a permanent rabbi for the first time in half a century. In 2003 a Jewish Elementary School was established.

The community centre in Zagreb hosts a concert hall, art gallery, club, Shoah Documentation Centre, archive and the library that owns 20,000 books, among them the first edition of the Shulchan Arukh (4 volumes), published in Venice in 1564 – 1567 as well as a synagogue with services on Shabbat and for the Holidays. The Community also owns an Old Age Home for almost 100 residents. 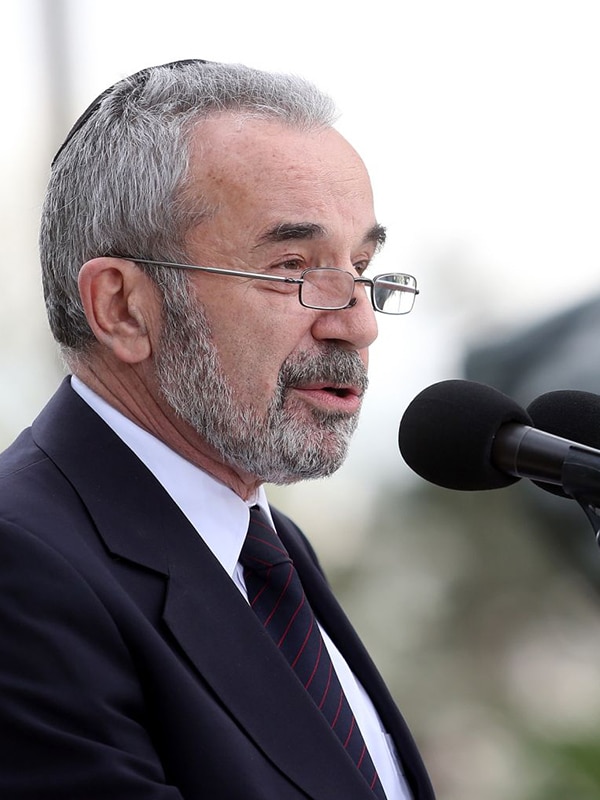 Croatian President Zoran Milanovic walked out of a state ceremony in protest after one of the participants wore a T-shirt displaying a salute used by the pro-Nazi Ustasha regime during World War II.
Read more

Jews, Serbs and Roma joined top Croatian officials for the first time in 4 years in commemorating the victims of the notorious Jasenovac concentration camp, warning that more needs to be done to curb right-wing sentiments in the country.

The Jewish Community of Zagreb opposes the erection of a Holocaust memorial monument because it does not mention the country’s complicity with the Nazi regime.