Archeological findings indicate the presence of Jews as far back as the Roman period. Until the arrival of Jewish refugees from Spain at the end of the 15th century, the majority of Jews living in Bulgaria followed the Romaniot (Byzantine) prayer rite. On the eve of the Shoah, some 50,000 Jews lived in Bulgaria. They were saved from deportation largely due to energetic intervention on the part of various elements in Bulgarian society, including the clergy, the liberal intelligentsia, and the king. The Jews of Bulgarian-occupied Thrace and Macedonia, however, were deported by the Bulgarians to German death camps. In the years immediately following the war, about 90% of Bulgarian Jewry emigrated to Israel.

Nearly all the Jews in Bulgaria are Sephardic and live in Sofia. As a result of emigration and assimilation, the elderly account for a disproportionately large share of the population.

Bulgarian Jews are represented by the Shalom Organisation, which is the successor to the Social and Cultural Organisation of Jews in Bulgaria.

At the request of the Shalom Organisation, all Jewish children now attend the same public school, and Hebrew has been instituted as a part of the curriculum. There is also a Sunday school attended by 100 children. The community publishes a bulletin called Evreiski Vesti and an annual yearbook.

There are synagogues in Sofia and Plovdiv, but no resident Rabbi. Services are conducted by lay people. No specifically kosher food is available, but wine and matzot are imported. The level of religious observance is low, and most Bulgarian Jews identify themselves in a national-ethnic, rather than religious, context. 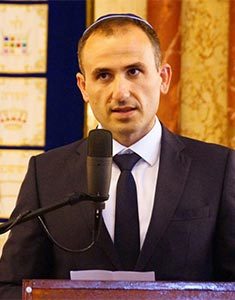 The Sofia City Court said that it has agreed to hear an application by the Prosecutor’s Office to cancel the registration of the organiser of the far-right Lukov March.
Read more

Bulgaria celebrates 77 years of rescue of its Jews

Bulgarian authorities are commemorating the 77th anniversary of Sofia’s decision to save thousands of Jews living on its territory from deportation during WWII.

Fewer than 200 far-right activists gathered in downtown Sofia after the country’s top court upheld the city mayor’s ban on their annual torchlight procession honouring a Bulgarian general who led a pro-Nazi organization in the 1930s and 1940s.