Victims of the attack on the Israeli team at the 1972 Olympic Games were remembered by Germany and Israel on Wednesday with a memorial, following a long campaign by their relatives.

German President Frank-Walter Steinmeier and his Israeli counterpart Reuven Rivlin attended the inauguration of the “Munich 1972 Massacre Memorial” at Munich’s Olympic Park, 45 years after the attack by Palestinian gunmen.

“Relatives of the victims and the state of Israel waited almost half a century for this moment,” Rivlin said. “45 years have passed for an official Israeli delegation to return to this place. The Munich Olympics became the blood Olympics.”

Members of the Israeli Olympic team were taken hostage on September 5, 1972, at the poorly secured athletes village by Palestinians from the Black September group. Eleven Israelis, a German policeman as well as five of the Palestinian gunmen died after a stand-off at the village and then a nearby airfield, as police rescue efforts failed.

“We could not prevent their deaths; that is why we want to give you this place of remembrance,” Bavarian state minister for culture, Ludwig Spaenle, told a small crowd that included relatives of the victims. “This is a milestone …giving the life story of the victims and their families,” he said after each of the names of the 11 Israelis and the one German police officer were read out.

Steinmeier said it had taken too long for the memorial to be built. “It is high time and we owe it firstly to you, the relatives,” Steinmeier said. “The Olympic village became a place of Palestinian terrorists, a stage for their boundless hatred for Israel. It should never have happened.”

Click here to read the full article in Ha’aretz

The German parliament rejected a proposed law that would have guaranteed naturalisation for German Jews who had fled the Nazis.
Read more
Germany

Germany is set to introduce new measures to toughen online speech laws and tighten the screws on social networks as far-right extremist groups and torrents of threats against politicians grow in the country.
Read more
Germany

German federal prosecutors won a court order to detain 12 men arrested on suspicion of involvement in a far-right plot to overthrow the political order by means of targeted attacks.
Read more
Germany

A new study showed that an entire 20% of German academics want the right on college and university campuses to reject Israel’s existence as part of free speech.
Read more
Germany

German cardinal calls on Christians to protest against antisemitism

Cardinal Rainer Maria Woelki of Cologne has called on everyone in Germany, but especially Christians, to get up and protest publicly when they witness antisemitism.
Read more 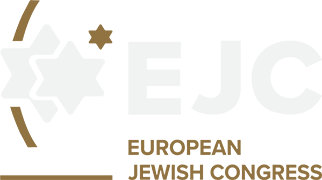